Smith dismissed for 92 after injury, Australia out for 250 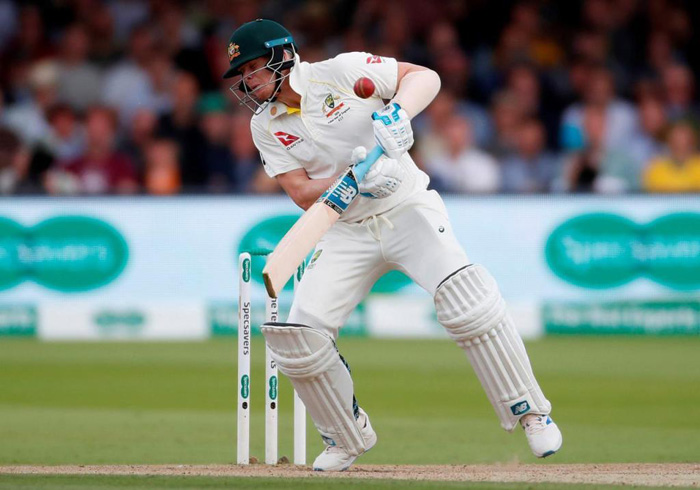 Australia batsman Steve Smith was dismissed just short of his third straight century of the Ashes series after briefly retiring hurt after being struck on his neck by a hostile delivery from England paceman Jofra Archer on Saturday.

Smith made a battling 92 at Lord’s before Australia was bowled out for 250 on Day 4 of the second test, eight runs behind England’s first-innings total. Tea was taken at the end of Australia’s innings.

In a gripping middle session at the home of cricket, Archer produced an intimidating spell of bowling – his deliveries reached speeds of up to 96 miles per hour (154 kph) – to pepper Australia’s batsmen, with Smith the primary target.

The most alarming incident saw Archer knock Smith, who was wearing a helmet, to the ground with a rising delivery. England’s players were quick to show their concern and after Smith received medical treatment, he left the field for further assessment to applause by spectators.

He bravely returned 40 minutes later to resume his innings on 80, and progressed to 92 before he was trapped lbw by Chris Woakes. Smith struck 144 and 142 in Australia’s 251-run win in the first test at Edgbaston and has now scored a half-century in seven straight Ashes innings.

Archer had earlier struck the left foreman of Smith with a vicious delivery. Smith was in clear discomfort and had his arm strapped with protective padding by Australian medical staff.

The draw was looking increasingly likely, with rain having wiped out the entire first day and two sessions on Friday.