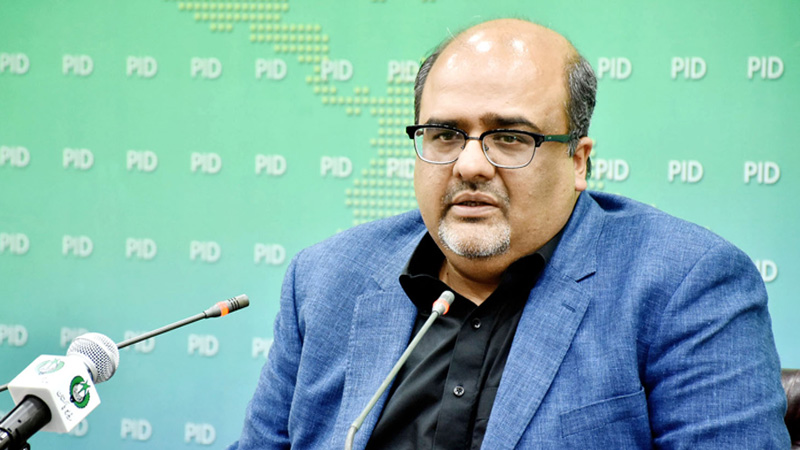 Special Assistant to the Prime Minister on Accountability Shahzad Akbar on Wednesday said the Sharif family had used the Chaudhry Sugar Mills for money laundering and illegal transfer of its shares.

Addressing a press conference, Shahzad Akbar said in the year 2008, the mill’s shares were transferred to Maryam Nawaz, who later transferred some seven million of them to Yousaf Abbas Sharif in 2010.

He said when approached, Naseer Lootah joined the investigation on the matter and in a written statement before a magistrate, he denied of having any share of the said mill at present or in the past. Lootah also claimed that he did not have any business connection with either Chaudhry Sugar Mill or any other sugar mill in Pakistan, Shahzad Akbar added.

He said Naseer Lootah had become a prosecution witness, who claimed that the Sharif family members had met him to hand him over $500,000 for investment, which, they later got back.

He said actually the Sharif family had also looted the Naseer Lootah, who was running the real-estate business in the UAE. There was a bank telegraphic transfer (TT) of Rs 4,884,989 related to Nasir Lootah

He said the Sharif family had established the Chaudhry Sugar Mill in 1991 as an offshore company and got $15 million from Bahrain for purchase of its machinery. Interestingly, the mill had been established before release of the loan amount, he added.

The loan money obtained for the sugar mill was transferred to the account while influencing public organizations concerned, he added.

He said the Qazi family was also used for money-laundering and efforts were being to get the record of transactions with them. The role of Qazi family was not yet clear, he added.

He said many people were unaware of their shares in Chaudhry Sugar Mill. Investigations were underway to know the beneficiary owner of the mill as the record in that regard was with the State Bank of Pakistan (SBP).

All the transactions were in fact for money-laundering not business purposes, he added.

Shahzad Akbar said as per audit report 2016-17 of the Chaudhry Sugar Mill, an export subsidy was obtained on the claim of sugar export while the public department concerned denied having any record in that regard.

He said the Sharif family members looted the country and inflicted loss to the national economy. He questioned as to why they are reluctant to tell money trail.

He made it clear that in the past no reference was filed in Chaudhry Sugar Mill case. He said an investigation was also underway in the Multan Metro scandal.