Fault lines in our socio-economic development

Poverty, lack of education and unemployment allow people to be used in the name of religion.

Ever since its emergence on the map of the world, Pakistan has witnessed a myriad of hurdles in the way of its socio-economic development. Our adversaries left no stone unturned to weaken its very foundation, at its embryonic stage. The process of national cohesion considered so vital to fight the divisive forces could also, unfortunately, not go unhampered in our country. Therefore, the national integration, deemed as the sine qua non for the progress and invincibility of a nation, still seems a distant dream.

A host of factors have engendered fault lines in the socio-economic development of our country. These fault lines are chronic and contribute, directly or indirectly, towards the lack of cohesion and integration in our country. They can broadly be covered under political, social and economic dimensions. This piece is aimed at highlighting some of the fault lines, which Pakistan is faced with.

Colonial legacy: – Imbued with their vested interests, the colonial masters never paid any heed towards the integration of a society. They rather took it as detrimental to their interests. They, therefore, created cleavages to further their interests. For doing so, they demarcated the individuals into two distinct groups, that is, the rulers and the subjects.

The conditions created by them were as such that the ruling class continued to nurture and nourish at the expense of their brethren without any pang of conscious.

This particular class was inherited by Pakistan after the partition of the sub-continent to rule the country in the manner and style, which was imbibed in them by their British masters. This very class has left deep imprints on our social edifice and has divided the society into two distinct groups, that is, haves and have nots. This syndrome seems to not have an end. It continues to further disintegrate our society.

Poverty, lack of education and unemployment allow people to be used in the name of religion

Feudalism: – One of the major fault lines that our country is faced with is the existence of feudalism. Despite three land reforms, it is still alive and kicking. The feudal class was created due to their loyalty with British Raj. This class believes in autocracy and is, therefore, opposed to the political enlightenment of their serfs.

Due to large landholding and affluence, this class is politically very active, fully conscious of their class interests and dominates the political parties, directly or indirectly. Their only aim is to perpetuate their age-old oppressive hold over their serfs. They, therefore, have a greater stake in the status quo. Hence, during elections, they coerce their serfs to vote in their favour. Consequently, the power continues to flow from a feudalistic order of the society rather than the broad base of popular support. Thus, the root of democratic dispensation at its very genesis is, in this way, corrupted to the core.

Education: Education, for sure, is of paramount importance for economic and social development.

It is also a basic component of social cohesion and national identity. Unfortunately, the system of education prevalent in our country is as such that it tends to produce classes within society. Majority of the children do not have access to quality education and are gaining an education in schools, which are not equipping them to compete with those, who are studying in the elite public schools. Resultantly, the system only renders an opportunity to few who rise and continue to rule this country. The sense of deprivation gets embedded in the minds of the children of the poor, right from the beginning. As these children grow up, their sense of deprivation transforms into antipathy for the rich and those who continue to exploit them. This unfair system of education, thus, breeds disintegration within society by producing distinct classes.

English as official language: Though a majority of our children are studying in Urdu medium schools, English remains our official language. We do not realise that the children of the poor studying in Urdu medium schools would not be able to compete with the children who seek education in English medium schools. Resultantly, it is only a few privileged that are rising in society and continue to rule and control the poor. This particular phenomenon is producing extreme frustration and anxiety amongst the downtrodden section of the society. It has given rise to a feeling of hatred and animosity for those who deprive them of their basic rights.

The exploitation of religion: – The poverty, lack of education, unemployment and other socio-economic factors allow the people to be used by certain elements in the name of religion. Due to a lack of requisite knowledge, the people fail to understand Islam in true perspective and blindly follow the preaching of the Mullah. The ramifications of such exploitation are amply visible in our country. Apart from this, religious seminaries, whose primary aim is to provide religious education, are also used for political ambitions. In the name of religion, the religious leaders use the excuse of providing free education, boarding and lodging to attract the wards of poor people-who, otherwise, are not in a state to provide education to their children. The children from such a segment of the society become easy tools in the hands of those who tend to exploit them to fulfil their nefarious designs.

Sectarianism caused by religious exploitation is also one of the factors that contribute to the severe damage to our unity; hindering the progress of our country. After independence, there was hardly any concern for sectarianism. However, the introduction of religious-based political parties, as well as the exploitation of religion by various governments to legitimise their rule, offered various political expectations and aspirations to different religious factions. Resultantly, sectarianism emerged. Today, it acts as the main source of conflict within the country engendering all types of violence, with an ability to break the society to serve their vested interests.

Corruption: – Currently, the biggest problem that our country is mired in is corruption. It has shaken the very foundation of our country. The ruling elite has abused the public offices to multiply their affluence. Billions have been siphoned off by these public office holders to their foreign bank accounts. Resultantly, our country is going through a severe socio-economic ordeal. The ongoing clampdown on corrupt elements of our society to hold them accountable for their misdeeds is, for sure, a good step forward and deserves our heartfelt kudos. This would improve the image of the country, nationally and internationally, and would boost up the confidence of foreign investors to invest in Pakistan.

Poor leadership: The type of leadership that rules our country emerges from a highly privileged segment of society. Being from a different class, they cannot feel the pulse of an ordinary man and remain oblivious to the miseries of the poor. The globalisation and exposure to the mass media are creating awareness amongst the have-nots of the society, because of which a sense of disillusionment and dejection is fast pervading within the people. It is leading to further polarisation; eroding the very edifice of the bondage existing within the leaders and the led and, thus, causing an extreme fault line in the integration and cohesion of the country.

Unemployment: This particular factor is the root cause of most of the negative factors prevailing in our society. If sincere efforts are not made to curb unemployment, this menace would erode the very foundations of our society. The unemployed youth, due to their frustration and a deep sense of disillusionment, would remain a convenient tool of manipulation in the hands of our adversaries.

Poor management of resources: Pakistan is endowed with diverse resources. But somehow, the leadership of this country has not been able to exploit these resources to create substantial change in the overall economy of the country. Even the resources at hand are not being utilised properly due to rampant corruption and total neglect. Proper and timely utilisation of resources might bring about an economic revolution in our country.

To encapsulate, correcting the fault lines requires sincerity, integrity and the collective will of the whole nation. Since our country is surrounded by both internal and external foes, we need to cast our parochial interests aside and work diligently and devotedly for national cohesion and integration. Unity is, no doubt, great strength and under given circumstances, an indispensable need of the hour for our country. As “By union,” remarked Sallust, “the smallest state thrive and by discord, the greatest are destroyed.”

The writer is a legal practitioner and columnist based in Quetta 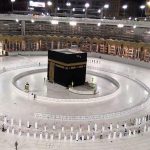 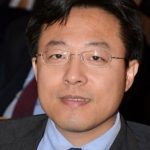 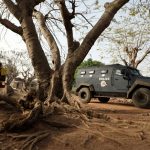