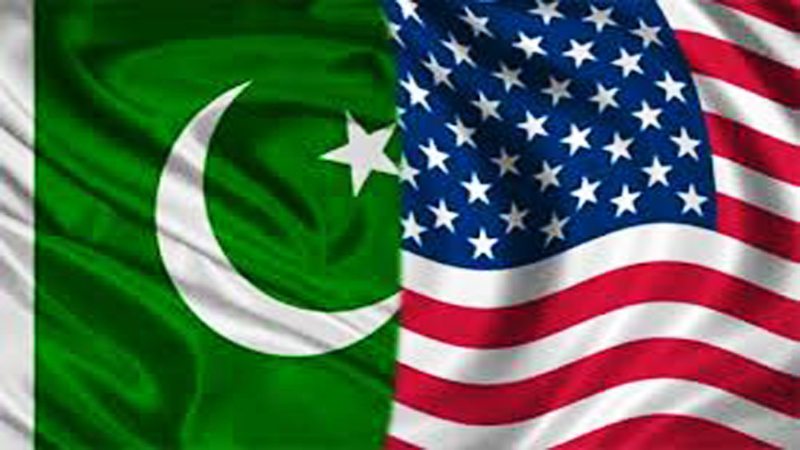 Foreign Minister Shah Mehmood Qureshi has said Monday’s White House talks between the top Pakistani and US leaders mark a new beginning in the bilateral relations.

He was briefing Pakistani media after more than three hours of talks and meetings led by Prime Minister Imran Khan and President Donald Trump.

The foreign minister described President Trump’s clear-cut stance on Kashmir dispute as unprecedented. He said Pakistan looks forward to cooperative relations between the two countries after candid discussions between the prime minister and the US president. “President Trump said the US wants to build a broad-based enduring partnership with Pakistan,” he said. “We had very good and candid discussions. We have to be mindful that it’s been after five years that the top leaders of the two countries have met for extensive talks,” he added.

Qureshi said Pakistan and the United States have a convergence of objectives for Afghanistan as both want peace and stability in the country. “President Trump clearly said he wants to have a great trade relationship with Pakistan. He praised the prime minister and said it will be fantastic to partner with Pakistan,” he noted, adding that the US president was also appreciative of Pakistani military and political leadership being on the same page.

Speaking on the trade front, the foreign minister said, “Interactions between two countries are heavily based on economic ties, which is why it is important that we now pay attention to economic diplomacy too – like I mentioned during my interaction with the investors.” “The world looks at economics and looks for ways to cater to its own economic needs, so we will try that we also move forward in that direction,” he added.

When asked about US economic assistance which had been withdrawn in recent times, Qureshi said, “The first thing that we need to see is why the [economic] programmes had stopped. It was because of the trust deficit that had been built between the two countries. Now that we are making an effort to curb that deficit, we can hope that those programmes will be reinstated.”

Speaking of the FATF and the pressure being exerted on Pakistan, Qureshi said, “The FATF’s greatest focus is on money laundering. Prime Minister Imran Khan has openly said that the plight of South Asian countries lies in the fact that the elite class their takes the money that the country is making and the foreign assistance it gets and misuses it. They send their money out of the country through money laundering.” “America needs to help us out, keep a check on money laundering. Until that happens, the common man in third world countries will continue to suffer and poverty will remain on the rise there. These are words used by the prime minister himself today. He made these comments in today’s sitting. This is his commitment, as far as money laundering is concerned,” he added.

“The other thing is terror financing. You all know what our stance is on that, we have paid a hefty price for it. We make very clear cut statements in this regard today. We have not come here to lie, nor have we come here to make promises that we cannot keep. There is no point in promising something that you cannot deliver on – that is what we have been doing in the past. We as a government will not promise that which we cannot deliver,” he said.

Speaking of India’s reaction to President Trump’s offer to mediate between Pakistan and India over Kashmir, Qureshi said, “Of course India has reacted this way, what else can we expect? They are hardly going to blow trumpets on the offer. India has always reacted this way … they do not want any sort of interference on the Kashmir matter. They always say that they want bilateral talks on Kashmir … then they never come to the table for these talks. They do not want mediation and they do not want bilateral talks.” “Pakistan’s stance on the matter is very simple: we want peace, we want peace efforts, we believe that the only solution to the problem is through talks,” he added.

Speaking of the current situation in Afghanistan and Pakistan’s efforts to restore peace in its own tribal areas, Qureshi said, “We all saw that right before the current [Pakistan] government elected, a new US policy was announced and in it, Pakistan was primarily blamed for the situation in Afghanistan. Our point of view is completely opposite to that. We believe that the reasons for the Afghan situation are manifold. The internal situation within Pakistan plays a great role in their regional situation. Furthermore, we kept saying and now the world has seen that Pakistan has made huge efforts on our side of the border and cleansed our own areas. We have restored peace there and started reconstruction there, because of which, a number of people that had to repatriate from there have started returning to their homes.”

The foreign minister also touched upon the matter of some candidates, wishing to be a part of PTI, who contested the election independently because they were not given a party ticket. “Some candidates that have won independently wished to contest the election under the PTI banner. However, the party’s committee made some decisions and was unable to provide them tickets. Those candidates then chose to contest the elections independently while saying that once they win, they will join the PTI and support it. Due to these claims, we believe that the PTI will be able to secure 10 out of the 16 seats that were contested upon. Five of those seats already belong to the PTI, the other five we will gain when the independents join us, as is their constitutional right after being notified by the election commission,” he said.

Answering a question regarding the ISI and army chiefs’ presence in the tour, the foreign minister said, “This is actually not the first time that our country’s [military] leadership has been part of our discussions with the US. I remember clearly, when I was the foreign minister earlier, a strategic dialogue had taken place. In that dialogue, I was present with Hillary Clinton and our chief of army staff at the time, General Kayani, had been having a discussion in the same room with the US military leadership. So this has happened before and it is not out of the ordinary.”