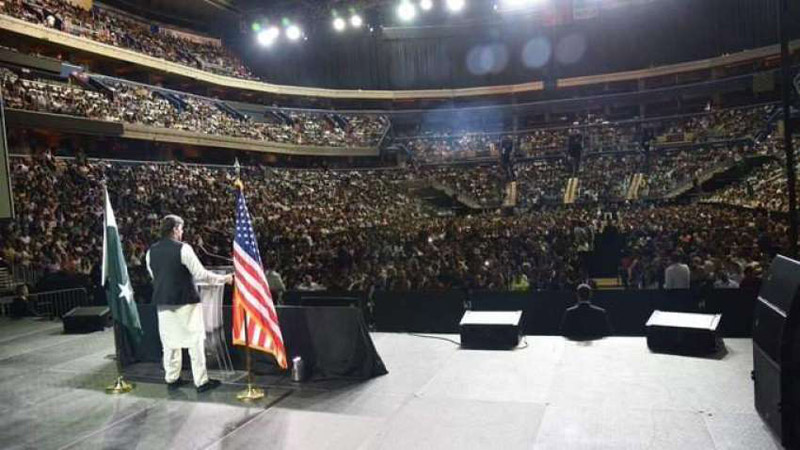 Washington’s Capital One Arena was filled by US-Pakistani expatriates, who were yearning to listen to, see and know the concept of Naya Pakistan and the future vision of Prime Minister Imran Khan who arrived in US on his maiden visit after assuming the office.

At least 30,000 people had gathered to hear the prime minister’s address. This gave a message to the world that Imran Khan is a popular leader.

Earlier, Indian Prime Minister Modi had addressed a public gathering of expat Indians at Madison Square Garden after assuming the office in 2014 which was attended by 20,000 people.

In this way, Imran Khan has beaten Modi’s record of addressing a huge gathering in the US. Modi will again go the US next month where he will address the Indian community.