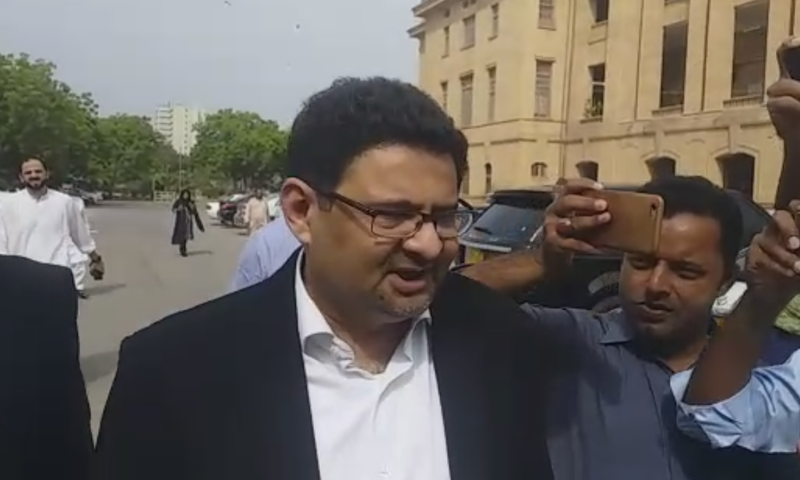 The high court approved the bail for a week against bonds worth Rs500,000 for the former finance minister and former PSO MD.

The NAB team also reached the high court ahead of the hearing. Speaking to media, Miftah Ismail said that there was no need of raids as he received the NAB summons after 3pm on Thursday.

“Whenever I have received a notice, I have appeared before the NAB,” said the PML-N leader.

The NAB on Thursday carried out a raid at the residence of Miftah Ismail, but the PML-N leader was not at his residence.

The NAB chairperson had signed the arrest warrants of both Ismail and Sheikh Imran ul Haque.

Earlier in the same day, former Prime Minister and PML-N leader Shahid Khaqan Abbasi was arrested from the Toll Plaza in relation to the LNG case.