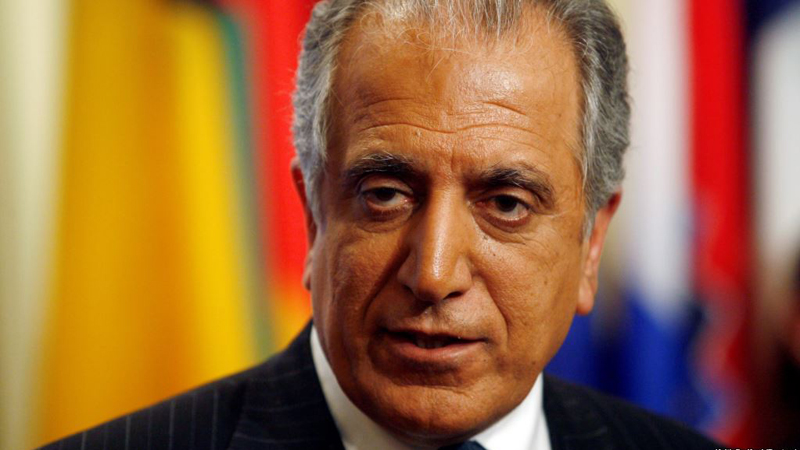 Senior US, Chinese, Russians and Pakistani officials held key talks in Beijing, the capital of China, on Thursday to coordinate the way forward in Afghan peace process at a critical stage when the US and Taliban claim progress in peace negotiations, according to Western sources in Doha.

US special envoy Zalmay Khalilzad proceeded to China after he held talks with the Taliban political representatives in Doha on July 9. He wrote on his Twitter handle that he will later visit Washington to brief and consult the leadership about the progress in the Taliban talks.

Taliban political spokesman Suhail Shaeen told Daily Times in the Qatari capital that the seventh round will resume soon and that both sides can move towards a possible agreement on two issues – complete withdrawal of foreign troops and stopping Afghan soil from being used against the US in future.

The four-party meeting, being termed a significant development, has now taken place in Beijing which is also being seen as an important sign of speedy progress at a time when important events are taking place in quick succession regarding the Afghan peace and reconciliation process.

Following the important intra-Afghan peace conference, and significant seventh round of direct US-Taliban talks in Doha during the past few days, China hosted the third round of the Trilateral China-Russia-US talks on Afghanistan on Thursday. As a notable development, Pakistan has now also been invited to this fast-emerging important forum on Afghanistan. Earlier two meetings of the trilateral grouping were held in Washington and Moscow.

The Thursday’s four-party meeting expanded the forum to include Pakistan, given its significant position and sincere role in taking the peace process forward.

When contacted, Pakistani officials declined to comment on the Beijing meeting. They said the four sides will issue a joint statement after the meeting, most likely on Friday.

Diplomatic sources in Doha are hopeful that further important developments can be expected during the coming weeks. Pakistan’s role in the Afghan peace process will be one of the key issues during Prime Minister Imran Khan’s meeting with President Donald Trump on July 22.