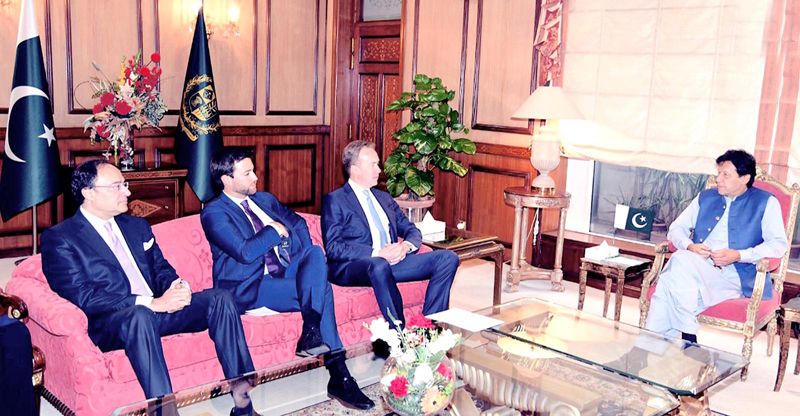 During the meeting, the prime minister announced the establishment of the National Accelerator on Closing the Skills Gap in Pakistan, in partnership with the World Economic Forum, with Punjab Skills Development Fund (PSDF) serving as its national secretariat.

The National Skills Development Accelerator will be led and guided by a team of co-chairs from the public and private sectors.

The government will be represented by Shafqat Mahmood, Federal Minister of Education and Professional Training, and Zulfiqar Bukhari, Special Assistant to the Prime Minister on Overseas Pakistanis and Human Resources Development.

The co-chairs from the private sector include Shazia Syed and Mohammad Aurangzeb.

The prime minister shared his government’s political and financial commitment to reform the skills development sectors in Pakistan and thanked the World Economic Forum for choosing Pakistan as a founding member of the “National Accelerator” initiative.

Given its global reach, experience and expertise, the prime minister expressed his confidence that the WEF’s engagement will help provide new opportunities for Pakistan’s youth and help them develop new skills to fully embrace the impact of the Fourth Industrial Revolution.

The prime minister also apprised WEF president of Pakistan’s perspective on regional issues including the policy of “peaceful neighborhood” and vision of peace of peace, progress and prosperity.

Borge Brende stated that the launch of the National Accelerator on Closing the Skills Gap was an “important milestone in our relationship with Pakistan and it is just the start”.

“Many of Pakistan’s national priorities are the core focus of the Forum’s work. From education to the skill development of youth; from environment protection, water resource management, industrialisation and connectivity to the regional cooperation, the Forum is ready to offer its platform to support Pakistan’s economic transformation,” the WEF president said.

Borge Brende appreciated Imran Khan for his vision and the government’s initiative towards environment protection, making it a key priority area for the first time in the history of the country.

He also acknowledged and appreciated prime minister’s vision for peace in the region and Pakistan’s positive engagement at the international level.

Brende also extended an invitation to the prime minister to attend 50th anniversary of World Economic Forum which would be held in Davos in January 2020.