Now that the Eid-ul-Azha festivity is approaching in the next few weeks, livestock from interior Sindh is pooling into urban cities-Karachi and Hyderabad-for sacrifices. Mass fear prevails about Congo, a threat that always draws attention during the Eid festivity. 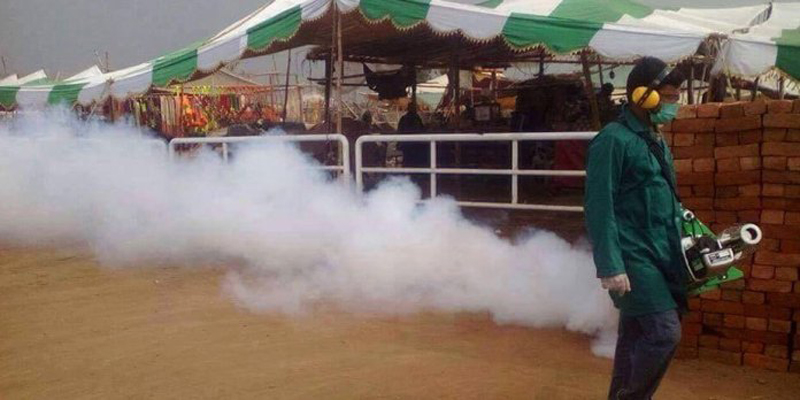 Credit goes to media for awareness regarding this emerging medical and veterinary problem, but the approach at the government level is subjective, and requiresan objective touch.

The Punjab Livestock Department has claimed that there is not athreat of the Congo virus in the province. It is because all sacrificial animals were thoroughly sprayed for protection against ticks at 166 pickets established at the entry and exit points of the province to ward off the disease.

However, health experts in Islamabad have warned that unless preventive measures are not put in place, the Congo fever could become a crucial concern with the arrival of sacrificial animals in the urban centres.

Crimean-Congo hemorrhagic fever, Congo Virus, or Crimean-Congo Hemorrhagic fever (CCHF) isatick-borne viral illness that infects both wild and domestic animals, including livestock that humans rear for milk, meat, hides, and wool purposes. Humans can contract this disease by getting bitten by an infected tick living on the host animal or coming into contact with the blood, tissues or fresh meat of the infected animal. Human-to-human transmission is also possible in case of close contact with the organs, blood or other secretions and bodily fluids of the infected person.

Congo virus does not survive high temperatures, and well-cooked meat does not pose any risk of transmission of the virus.However, tick-biting may be an avenue for viron to get entry into a victim.CCHF is a widespread disease caused by a tick-borne virus that causes severe viral outbreaks, with the fatality rate of 10-40 percent.

Several wild and domestic animals, such as cattle, goats, sheep and hares, serve as hosts for the virus. Transmission to humans occurs through contact with infected ticks or animal blood. Virus can also be transmitted from one infected human to another by contact with infectious blood or body fluids.

The Sindh Health Department must issue a Congo alert in all urban cities of Sindh ahead of Eid-ul-Azha, and display communicable material for mass awareness

The onset of CCHF is sudden, with symptoms including headache, high fever, back pain, joint pain, stomach pain, and vomiting. Red eyes, a flushed face, a red throat, and petechiae (red spots) on the palate are common. Symptoms may also include jaundice, and in severe cases, changes in mood and sensory perception. As the illness progresses, large areas of severe bruising, severe nosebleeds, and uncontrolled bleeding at injection sites can be seen, beginning on about the fourth day of illness and lasting for about two weeks. In documented outbreaks of CCHF, fatality rates in hospitalised patients have ranged from nine percent to as high as 50 percent.

Congo fever is both curable and treatable. Treatment forCCHF is primarily supportive. Care should include careful attention to fluid balance and correction of electrolyte abnormalities, oxygenation and hemodynamic support, and appropriate treatment of secondary infections. The virus is sensitive in vitro to the antiviral drug ribavirin. It has been used in the treatment of CCHF patients, reportedly, with some benefit.

People involved in livestock rearing are mostly at high risk due to close association with domestic animals. Therefore, it is advisable to use insect repellent on exposed skin and clothing. Insect repellants containing DEET (N, N-diethyl-m-toluamide) are the most effective in warding off ticks.

During animal slaughtering, wearing gloves and other protective clothing is recommended. Individuals should also avoid contact with the blood and body fluids of livestock or humans who show symptoms of infection. It is important for healthcare workers to use proper infection control precautions to prevent occupational exposure, but this requires objective oriented mass counselling via print and electronic media.

The Sindh Health Department must issue a Congo alert in all urban cities of Sindh ahead of Eid-ul-Azha,and display communicable material for mass awareness. Small medical camps should also be established, particularly in Karachi. These camps must be active in all small and big cattle markets, including the Super Highway Cattle Market. Cattle owners and butchers should be advised to adopt precautionary measures while dealing and selling or handling the animals. On-site advisory for the visitors may also be started to enable them to take the message that prevention and control of the CCHF infection are achieved by avoiding or minimising exposure to infected ticks by using tick repellents. Wearing protective clothing and early and correct removal of ticks may help a lot.