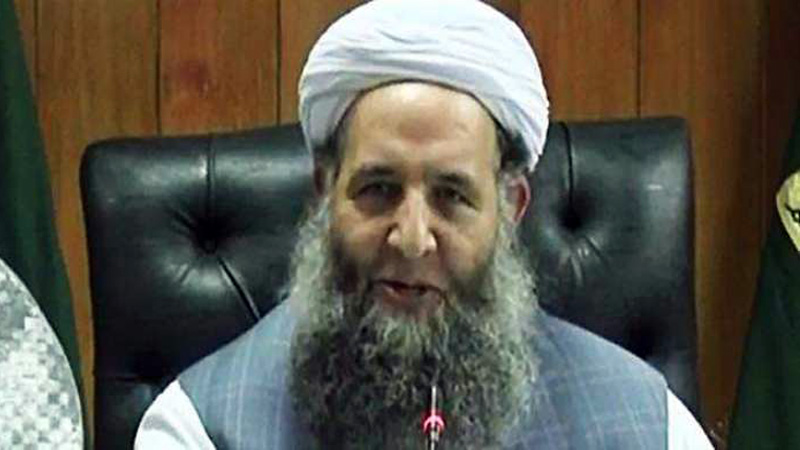 Minister for Religious Affairs and Interfaith Harmony Sahibzada Noorul Haq Qadri on Tuesday said the government had decided to refund Rs 25,000 to Rs 58,000 to each pilgrim on account of hiring cheap residential buildings and saving transport and other expenditures in Saudi Arabia.

Briefing the media on the decisions of the federal cabinet at press conference with Special Assistant to the Prime Minister on Information and Broadcasting Dr Firdous Ashiq Awan, Qadri said the cabinet had decided to distribute the additional Hajj quota of 4,316 granted by Saudi Arabia among the government scheme pilgrims through transparent balloting.

He said that about 200,000 Pakistanis would perform the sacred religious obligation this year, including 123,316 under the government scheme.

Speaking on the occasion, Firdous said the government wanted to make Hajj scandal-free, ensuring optimum facilities for the pilgrims.

She said Prime Minister Imran Khan would inaugurate ‘Road to Makkah Project’ and also bid farewell to the intending pilgrims from Islamabad on July 4. Under the project, immigration of the pilgrims would be conducted at the Islamabad airport, for which a team of 51 Saudi officials had already arrived in Pakistan, she said.

Qadri informed the media that special immigration counters had already been established at the airport. The step would help save the precious time of pilgrims at the Jeddah airport where they had to wait for 12 to 14 hours in the past, he said, adding that the luggage of pilgrims would also directly land at their respective residences.

Firdous said that the cabinet discussed the 13-point agenda in detail and made important decisions.

She said that at the outset of the meeting, the prime minister stated that the government had given a balanced budget in difficult circumstances. “He made it clear that the people are suffering due to the bad governance and corruption of the previous regimes,” she said.

She quoted the prime minister as saying that some difficult decisions had to be made, but that phase would pass. However, the premier said that some elements could try to mislead the masses, but the government would foil all such conspiracies with steadfastness and determination, she said. She said that the prime minister told the cabinet that there would be no compromise with the corrupt elements that plundered national wealth.

Firdous said the prime minister had ordered to change the law to avoid misuse of the procedure of production order for jailed members of parliament. She said that the prime minister said that persons involved in loot and plunder of the national resources enjoyed the production order, which was tantamount to glorification of the crime. She said that the PM had also directed the Interior Ministry to launch a “moveable cart plan” to provide job opportunities to youth of the capital.

She said that in an effort to curb whitening of black money through prize bonds, the government had decided to ban Rs 40,000 denomination prize bonds in the country.