Bilawal warns ECP against rigging during elections in tribal districts 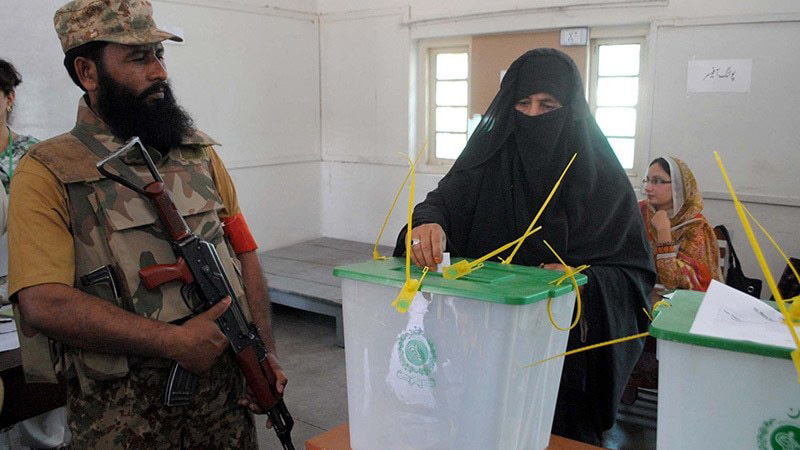 Pakistan People’s Party (PPP) Chairman Bilawal Bhutto Zardari on Tuesday said there should be no rigging in the elections in tribal districts.

Talking to reporters outside the National Assembly, Bilawal advised the Election Commission of Pakistan against deploying Pakistan Army soldiers inside polling stations during the upcoming elections.

“Deployment of the army will give a negative impression,” he said, adding that the mistakes made in the 2018 general election should not be repeated. He said his party would not make any compromises on the people’s democratic rights. The remarks came a few weeks before the elections in Khyber Pakhtunkhwa’s merged districts. The elections on 16 provincial assembly seats in tribal districts will be held on July 20.

Meanwhile, the joint opposition’s all parties conference (APC) called by Jamiat Ulema-e-Islam-Fazl (JUI-F) chief Maulana Fazlur Rehman will be held at a hotel in Islamabad today (Wednesday) to decide the strategy for launching a movement against the Pakistan Tehreek-e-Insaf (PTI) government.

Despite Fazl meeting Jamaat-e-Islami (JI) chief Sirajul Haq and inviting him to the conference, his party has decided to stay away from the event.

An important coalition of the ruling PTI, Balochistan National Party-Mengal (BNP-M), has not yet confirmed whether it would participate in the APC. According to sources, the party’s chief, Akhtar Mengal, might attend the conference in case the BNP-M’s talks with the government do not pan out.

The sources said the APC’s agenda includes chalking out a strategy to prevent the government from having the budget for the new fiscal year passed in its present form and also deciding the schedule of the rallies that will be held as part of the anti-government movement. The date for shutting down Islamabad will also be announced.

“The PPP has convened its parliamentary party meeting at 10am to mull over the participation of its Chairman Bilawal Bhutto Zardari in the APC called by Jamiat Ulema-e-Islam-Fazl (JUI-F) chief Fazalur Rehman.”

Sources revealed that he had asked them to collect resignations of all of their legislators in the provincial and national assemblies in order to increase pressure on the federal government.

The JUI-F chief had said that resignations could be taken as the last weapon against the PTI-led government.

The PML-N leader took to Twitter, saying, “A man who made motorways and made Pakistan a developed country is facing imprisonment.”

“Business has come to a standstill as Imran-led PTI government has completely failed in running the country,” she added.