* Talking exclusively to journalists, Arjan Bajwa shared what made him sign the project after refusing to do it initially 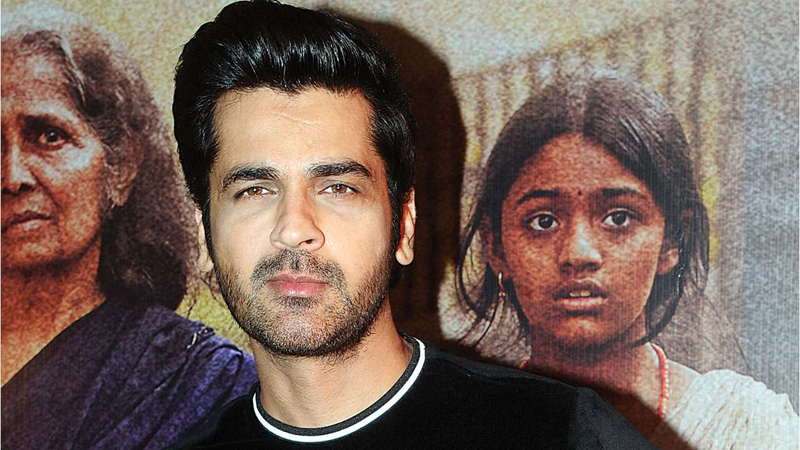 Arjan Bajwa, who has worked in both Hindi and Telugu films, plays the role of Shahid Kapoor’s brother in ‘Kabir Singh’, the Hindi remake of hit Telugu drama ‘Arjun Reddy’.

Talking exclusively to journalists, Arjan Bajwa shared what made him sign the project after refusing to do it initially. He also said ‘Kabir Singh’ is a relatable film with no fictional elements.

There are reports that you were not convinced to do ‘Kabir Singh’. Is it true? Why were you not sure about it and finally what convinced you?

I was not convinced to do the film for two reasons. One, I didn’t know about the film at all. I was like it is a remake and what am I going to do in it. Second, I was not sure. Even though it is a pivotal role, I was not convinced about it. But then Sandeep Vanga told me he always thought of me for this role. He wanted an actor who looks like Shahid’s brother. He wanted Kabir’s family to look like a real family and not just cast people for the heck of it. So, he made me watch Arjun Reddy, and we had some conversations about it. Then I was convinced to do it for two reasons. One, the director knew what he was doing. Second, it was one of the quintessential commercial Hindi films. Hence the decision.

Tell us something about your role in ‘Kabir Singh’.

I would say my character is not as docile as it was in the original film. We are depicted as a Punjabi family. Everybody is very aggressive in their approach towards life and so is this guy Karan. But he is sincere and righteous. He is protective towards his brother. He comes as a saviour for Kabir in all wrong, right, good, bad and ugly situations. He is the go-to man for Kabir. He will also slap him if he does something wrong. He is a quintessential elder Punjabi brother.

Have you watched ‘Arjun Reddy’? If yes, did you take inspiration from Kamal Kamaraju who played Arjun’s brother in the original film?

I did watch ‘Arjun Reddy’. It is the reason I decided on being a part of its remake. But I took my own approach towards the role. Even Shahid pointed it out that you are doing it very differently and this is coming out well. I felt Kabir is a rebellious guy and his rescuer can’t be a mild person. He has to be tamed in a more authoritative way. It was my interpretation of the character. I played it the way I wanted. I thought how would I react if my younger brother will do something like this. So, what came out was natural and not taken from any other character.

‘I was not convinced to do the film for two reasons. One, I didn’t know about the film at all. I was like it is a remake and what am I going to do in it. Second, I was not sure. Even though it is a pivotal role, I was not convinced about it. But then Sandeep Vanga told me he always thought of me for this role’

How would you describe the journey of Kabir Singh as a whole? Not the film but the character. Why do you think the youth will connect to it?

What they have shown as Kabir’s life is what youth goes through in their life. A lot of them go through heartbreaks. We have presented nothing that is fictional. It is a real-life character. Youth get carried away and get involved in alcoholism and sometimes destroy their love life and career. There is nothing extraordinary in the film as such. It is a very relatable film. There are no melodramatic moments in the film.

How was the experience of working with filmmaker Sandeep Vanga?

It was fantastic. He has seen my work in Telugu and maybe because of that, he wanted to cast me. We even talked in Telugu.

It is over 15 years since you entered the film industry. Are you satisfied with your journey so far? How will you describe it?

I will divide my journey into two-three things. One, my journey has been satisfying because I don’t come from the film background. I feel lucky to be a part of those few who are professionally called actors. I have had the chance to work with the best of the directors in the beginning of my career only and I am still getting to work with the best of the talents in the country, be it Mani Ratnam, Madhur Bhandarkar, Neeraj Pandey, Mohit Suri or Sandeep Vanga. I do not believe in doing whatever comes my way because then people get bored with you. I am not satisfied because the kind of films I want to do have not come to me. But I get e-mails and messages from people who want to see me on the screen and I think that is the biggest reassurance that people really want to see you.

Do you think Bollywood has changed over the years?

It has changed in good and bad ways. A lot of films earlier used to happen based on relationships. Now it has become about numbers. Suddenly, one Friday will change your life. From being a nobody, suddenly you will be omnipresent. Earlier, even if a film didn’t work, people will continue to work with each other. It happens now too, but in a limited manner. The good thing is since the corporatisation has happened, the industry is not laid back any more. Films are shot in just four-five months and are released in six months as opposed to earlier when films were made for two-three years.