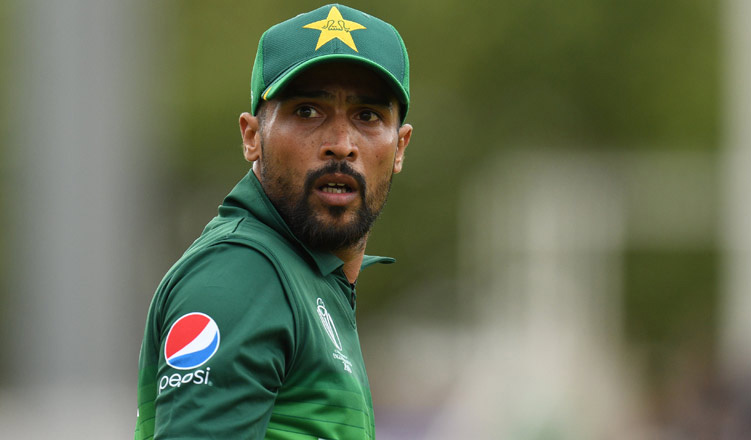 Fast bowler Mohammad Amir has asked fans and critics not to use “bad words” for the players of the Pakistan cricket team, following their heavy defeat against India in the World Cup 2019 showdown on Sunday. “Please don’t use bad words for the players; yes, you guys can criticise our performance,” said Amir on Twitter. “We will bounce back InshAllah. We need your support.” The team has faced severe criticism after losing the match to India by 89 runs at Old Trafford in Manchester while also inspiring a string of memes over their on-field conduct.

Questions have also been raised about whether the team violated their curfew the day before the high-pressure World Cup fixture against India. A Pakistan Cricket Board (PCB) spokesperson, however, has denied that the players were out the night before, saying: “The videos and photographs that went viral on social media are from two days before the India match.” All-rounder Shoaib Malilk – who is pictured with his wife Sania Mirza and others in the images being shared online – also took to Twitter “on behalf of all athletes” to request the media and people “to maintain respect levels in regards to our families, who should not be dragged into petty discussions at will.”

Pakistan, whose only 2019 pool win so far has been a shock defeat of hosts England, were never truly up with the rate in the showpiece match of the qualifying stage. Despite being on the losing side, Amir – who wasn’t included in the original World Cup squad Pakistan released ahead of the England series – has earned praise for his overall performance in the tournament so far. He bowled fast and swung the white ball to trouble the Indian batsmen despite getting warned twice for running on to the pitch early in his spell. The 27-year-old, who spoke of taking inspiration from memories of his late mother who passed away in March, returned figures of 3-47, including skipper Virat Kohli’s prized scalp.