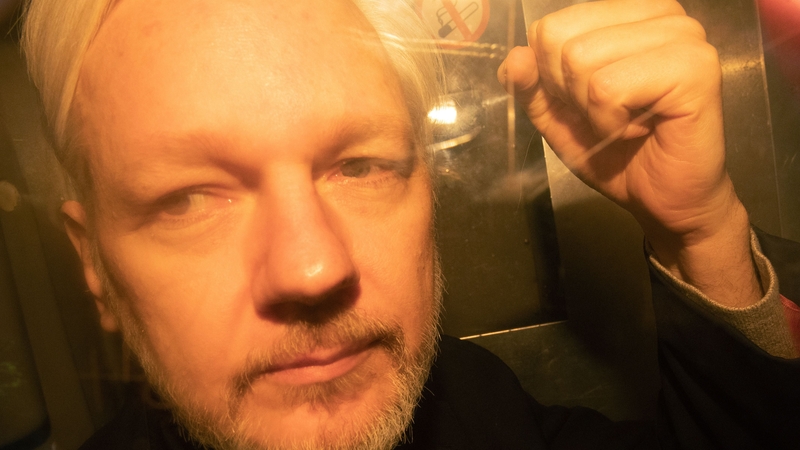 British Home Secretary Sajid Javid has signed a request for Julian Assange to be extradited to the US over computer hacking accusations.

The WikiLeaks founder is due to appear via video link before Westminster Magistrates’ Court tomorrow for a case management hearing after the US requested his extradition.

Mr. Javid said he signed the order yesterday but that the final decision now rested with the courts.

Assange is serving a 50-week prison sentence after being dragged out of the Ecuadorian embassy in April and jailed for a bail violation.

And an investigation has been reopened into an allegation of rape in Sweden, which Assange has always denied.

Mr. Javid told BBC Radio 4’s Today programme: “I am very pleased that the police were finally able to apprehend him and now he’s rightly behind bars because he broke UK law.

“There is an extradition request from the US that is before the courts tomorrow.

“But yesterday I signed the extradition order and certified it and that will be going in front of the courts tomorrow.”

He said it was a decision for the courts over whether Assange should be extradited.

Mr. Javid added: “There is a very important part of it for the Home Secretary and I want to see justice done at all times and we’ve got a legitimate extradition request so I’ve signed it but the final decision is now with the courts.”

A Home Office spokesman said: “Mr. Assange was arrested in relation to a provisional extradition request from the United States of America.

“He is accused of offences including computer misuse and the unauthorized disclosure of national defence information.

“We have received the full extradition request, which has been certified by the Home Secretary.

“This case is now before the courts and it would be inappropriate to comment further.”