Iraq harvests go up in smoke, but who lit the fires? 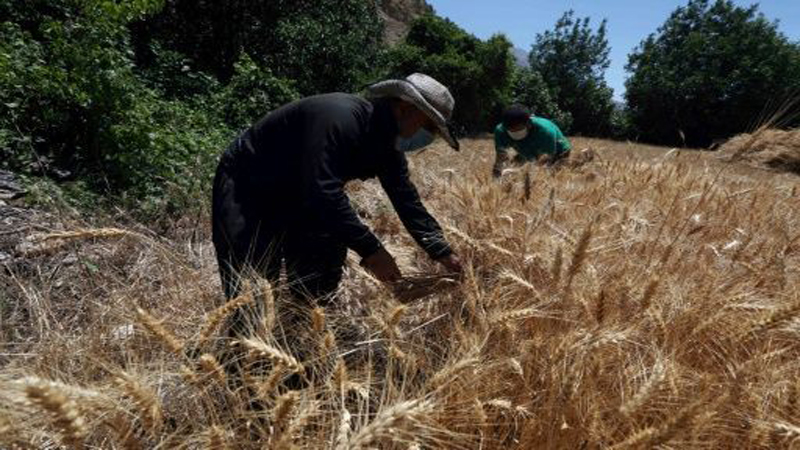 Resurgent jihadists, ethnic land disputes or regular field burning? Iraq’s northern farmlands are on fire, but the area’s complex patchwork of grievances has made it hard to identify the culprits.

Farmers in the country’s breadbasket had been hoping for bumper wheat and barley harvests in May and June, following heavy winter rains.

Instead, many saw their hopes turned to ash.

The Iraqi fire service says that in a single month, 236 fires destroyed 5,183 hectares (more than 12,800 acres) of farmland — the equivalent of more than 7,000 football pitches.

The blazes hit four northern provinces, all of which had been at least partly controlled by the Islamic State group and have remained prey to the jihadists’ sleeper cells.

IS has continued to carry out hit-and-run attacks despite losing its Iraqi foothold in late 2017 and its last Syrian enclave just a few months ago.

Indeed, the group was quick to claim responsibility for the fires.

In its weekly online magazine al-Naba, it said its fighters had destroyed “hundreds of hectares” owned by “apostates” in the provinces of Kirkuk, Nineveh, Salahaddin and Diyala.

Officials in those areas told AFP they believed IS was responsible for at least some of the fires.

“IS fighters set fire to the fields because the farmers refused to pay them zakat,” said one police officer in Kirkuk, referring to a tax imposed under Islamic law.

“They came by motorcycle, started the fires and also planted explosives that would go off when residents or firefighters got there,” he told AFP.

The mines have killed at least five people and wounded 10 in Kirkuk province.

But experts are reluctant to blame all of the fires on pyro-jihadists.

The extreme heat of northern Iraq, where temperatures have been hitting 45 degrees Celsius (113 Fahrenheit), has created tinder-dry conditions in which a stray cigarette can easily set a field alight.

Farmers are also known to burn off vegetation in fields left fallow to make the soil more fertile for future seasons.

“IS claimed dozens of fires, but the others were certainly the product of land disputes, most often among tribes,” he told AFP.

Kirkuk, whose status is disputed by federal government and autonomous Kurdish regional administration, has witnessed periodic violence between Arabs, Kurds and Turkmen.

So has Nineveh, which has seen 119 fires in recent weeks, 16 of them on Thursday alone, according to its agricultural department chief Duraid Hekmat.

“There could be a variety of reasons — it could be deliberate or just an act of God, it could be negligence or personal disputes,” he said.

Nineveh was among the provinces hardest hit by IS, which seized its capital Mosul as its headquarters in 2014 and slaughtered thousands of members of its Yazidi religious minority.

The fires have been devastating for farmers banking on a good harvest to pay off their debts.

Around a third of Iraqis rely on agriculture for their livelihoods, with the government subsidising seeds and guaranteeing to buy part of the harvest.

Kirkuk’s 200,000 hectares produce an average 650,000 tonnes every year, according to Burhan Assi, who heads the provincial council’s agricultural service.

“This year, thanks to the rains, we were expecting around four tonnes per hectare, compared to just two last year because of the drought,” he told AFP.