Does Nida Yasir fall into the category of a typical desi aunty?

* The morning show host has of late been seen making comments about weight, appearances and complexions 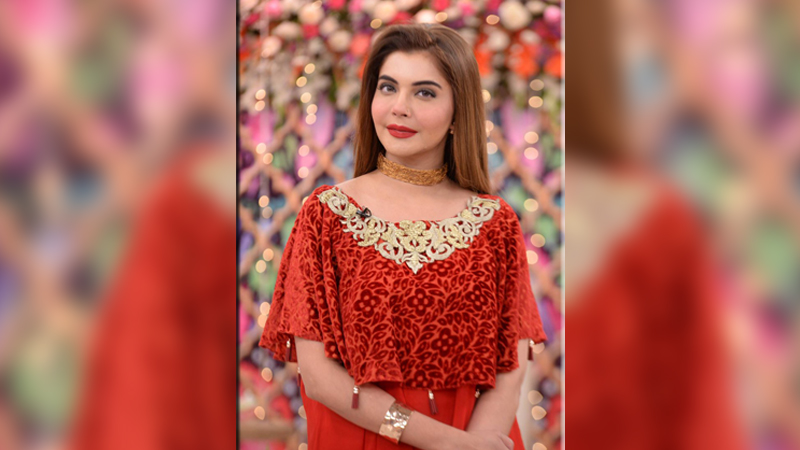 How many times have we unconsciously changed our television channel to a morning show and soon regretted it? There are a lot of instances when morning shows have made us cringe. The unnecessary hype, the shrieking anchors, unnecessary applause and promotion of useless things!

There are a few things that might be beneficial for the watchers, but most of it is just a big fat nuisance. Such morning shows portray a very shallow image, as if a woman’s life must centres around food, makeup and impressing their mother in law and husband.

Nida Yasir is a popular name in Pakistan for morning shows. Helping small businesses to gain exposure is a noble cause, but there’re so many careless and alarming things in between the lines that are a major concern. Just like a very typical desi aunty, Nida Yasir is seen making comments about weight, appearance and complexion. We aren’t sure if she realises how all these topics can cause emotional and mental anxiety for most. Instead of accepting ourselves for how God has created us, the show pear-pressurizes women into matching up to catch pace. They are encouraged to follow the commercial standards of beauty. Instead of educating the country against such unintelligent views, the host of the show is seen promoting the same. Totkas on how to improve your complexion, how to impress your mother-in-law and how to be as fair as the moon are common topics on the show. Faryal Mehmood, a model and actress who recently dropped a lot of weight was invited to the show. We all know how body, appearance and complexion related comments can make us all awkward. Faryal was reminded what she looked like in the past, Nida started the conversation by threatening to show Faryal’s old pictures to the audience, she even used the word, ‘kamra’, to describe the actress’s old waist line-further emphasizing on how large she thought the actress had been before. It takes a lot of courage to speak about the past for various reasons, is it not a highly insensitive behavior of an anchor of a show to ridicule a guest for their old size?

We are not new to Yasir’s uncensored, carelessly uttered cringe-worthy humour. There have been shows on how to impress the mother-in-law, where girls are even educated on how to sit for a proposal. There was an entire episode on how to go in with a tray of refreshments when a proposal comes and to remain silent during the whole process as it sends out a good impression to the prospective in-laws. When was talking and smiling like a normal human being bad manners? Are we teaching our women to continue being a mute cattle so that others can accept us better? Are we making suppression acceptable and trendy?

We are not new to Yasir’s uncensored, carelessly uttered cringe-worthy humour. There have been shows on how to impress the mother-in-law, where girls are even educated on how to sit for a proposal. There was an entire episode on how to go in with a tray of refreshments when a proposal comes and to remain silent during the whole process as it sends out a good impression to the prospective in-laws

Weight shaming on national television is becoming very common joke. Even male hosts are now seen conveniently body shaming women, trying to be funny by putting someone down for their appearance. Why not talk about how the weight is gained due to neglect of their medical needs at home, where most women live as baby creating machine, with no post medical care provided-and then for people to have the audacity to push them into matching up to with the models on the cover of a glossy magazine?

Why add to the pile that the women in our society are already carrying and depress them with unrealistic expectations? Why add in to their list of insecurities? Teaching our people about self-acceptance would be a nice starter pack.

Nida Yasir and morning show hosts like her are advised to revise their scripts and really work on empowering our women, rather them teaching them more ways of suppression. There desperately needs to be change and we can do so much through just a show. Rather than speaking of what the society thinks, why not educate the masses on how to break the norms?

Why not get some ideas from Oprah Winfrey and Ellen? There are numerous more shows that empower, liberate and also educate the people in an entertaining manner. There is a dire need for more entertainment and humour. There needs to be more intelligent conversations away from the kitchen sink and the wedding traditions. If there is a lack of education, our TV channels and scripts writers can take up the job to educate the country in a more efficient through such shows and platforms.

Complexion, makeup and food are not the only areas of concern for women. We have women reaching the tallest mountain tops, in planes and on foot-we have a new trend of women breaking stereo-types by riding motorbikes to college and work, we are breaking barriers and ripping off the veil of suppression. Our women are reaching the Grammy’s and the Oscars on international front- noble peace prize winners and driving local transport, our women have conquered a lot in the last round.

Totkas to impress a man with a milky white complexion and a tiny waistline are not top priorities. The makeup factory trend in these morning shows needs to pause. These should not be the only concerns that consume our minds.