Mashk — one of the coolest inventions of Balochistan… quite literally! 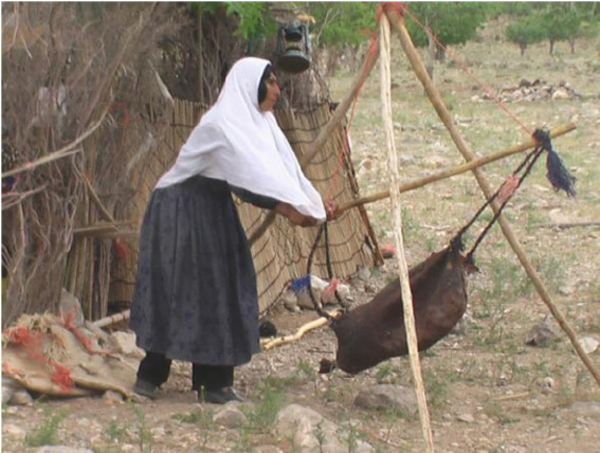 Baloch have always been famous for their bravery and hospitality, but one of the hidden qualities of a Baloch is being creative and ingenious. They are very innovative in terms of creativity and skills. Homemade recipes, cultural related materials and traditional techniques have made Baloch one of the most unique cultural form in the world.

Among the traditional techniques of Baloch, Mashk is a very popular invention.

Mashk is a water cooler used by the Baloch.

It is convenient to fill and it stores water and keeps it cool and fresh even more than a fridge does.

It is a traditional water-carrying bag, without which one cannot survive in the arid hinterlands of Balochistan.

It is mainly made of water-proof skin of goat or calf.

It is also known as a substitute of a refrigerator.

It is believed that mashks were bags made of goatskins usually used and prepared from North India, Pakistan and Nepal.

The authenticity of a mashk has been replaced by newest inventions, but amazingly the tradition of using mashks (goatskin water bags) is still alive in many parts of Balochistan such as in Kech, Gwadar, Panjgoor, Awaraan and many other regions.

In the rural areas of Balochistan, mashk water is preferred over fridge cooled water for its taste, nutritional value and moderate cool as it doesn’t pinch the throat and has no side effects.

A sheep, goat or calf skin used as a water bag is called mashk in local Balochi language.