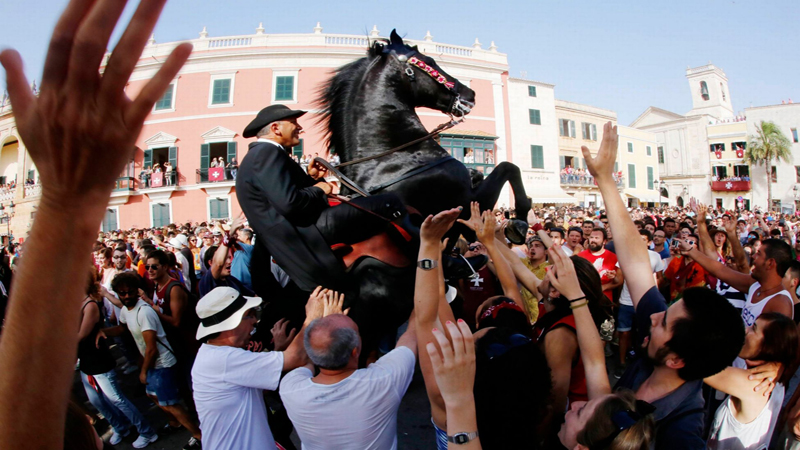 Festivals are like fountain of joy, happiness and togetherness. People around the globe emblazon different festivals.

Some either have religious perspective or cultural, but each celebration fills you with beatitude and overshadows all the negativity.

It gives us the opportunity to forget all our worries and insight at the positive side of life.

It brings estranged friends and relatives together in a bond of love.

It immensely contributes in social cohesion.

Spain is a country where there is always a good reason to hold a festival.

The feast Nit de Sant Joan Festival in Barcelona is celebrated on the longest day of the year which is June 23, or the shortest night of the year.

The occasion is celebrated when the sun reaches the highest point and then begins to descend.

The day coincides with the birth of Saint Jean Baptist’s birthday which is a special day in Catholic calendar.

Some of the most spectacular festivities are observed in the capital cities of Madrid, Granada, Barcelona, Alicante, Valencia and Gran Canaria. Coastal cities boast the most scenic celebrations, as the balefire is set right on the beach.

The Nit de Sant Joan is celebrated with blaze, fire-crackers and fireworks because it is a belief that fire spooks and drives out evil spirits.

It is usually celebrated along the beaches in the night with bonfires around where people eat, drink and enjoy.

The constant firecrackers and fireballs can be seen from every rooftop of the city.

The festival is marked by the purifying fire, midnight bathing, the herbs of Sant Joan, songs, dances, cures and other ritual magic.

There are three symbols of Sant Joan – water, fire and herbs.

Water represents mending and cleaning of the sins, herbs represent remedy and healing.

Thyme, rosemary and verbena are eaten in the night of Sant Joan whereas fire symbolises purity, abundance and fertility. Fire is also believed to clean the sins and unburden from bad fate.

People believe that supernatural events can occur in this night because at this night ancient pagan Gods can get closer to humans. Some jump over the bonfire or burn pieces of paper with their lover names so that for the next 12 months they don’t cross with bad luck or get lucky for the whole year. 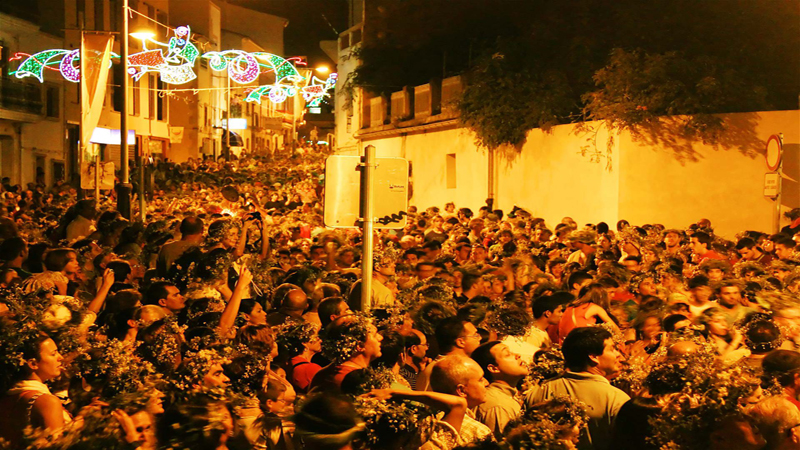 People assume that swimming midnight in the ocean in this day purifies soul and body.

Different region in Spain has different traditions, but all of them are related to water and fire.

People dance and sing around the bonfires.

The celebrators jump over the hot coals in order to get rid of the problems and purify themselves.

Some lead roundelays and sing around the fire.

A special dessert is prepared for this occasion called Coca.

The dessert is topped with candied fruits and nuts.

Some have custard and cream filling in it.

Sweet and savoury both types of Cocas are found during the Sant Joan.

Other countries like Argentina, Chile, Paraguay, Perú, Bolívia and Cuba have been influenced by Spaniards, celebrate this day.

The Bonfires of Saint John is a traditional and popular festival celebrated around the world during Midsummer, which takes place on the evening of June 23, St John’s Eve. It is customary in many cities and towns in Spain; the largest one takes place in Alicante, where it is the most important festival in the city. The biggest celebration in Portugal is held in Oporto, where it is known as the Festa de São João do Porto. In South America, the biggest celebration takes place in the northeastern states of Brazil, where it is known as Festa Junina. The bonfires are particularly popular in many Catalan-speaking areas like Catalonia and the Valencian Community and for this reason some Catalan nationalists regard June 24 as the Catalan nation day.