Human security needs to be prioritised 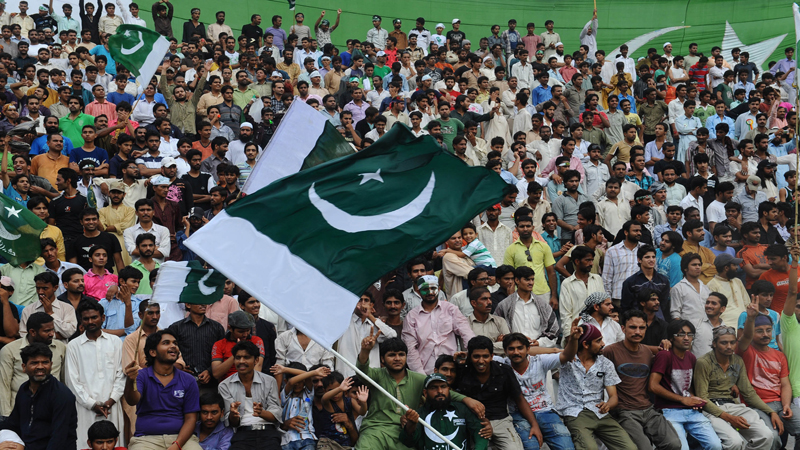 Agreed, by the fact that democracy happens to the form of government that by common consent can resolve all issues that fall in the domain of public and state affairs, yet a contestation it happens to be in all cadres of time and regions.

Like the heart pumps blood, democracy has to pump development in all domains of life, as promised by the essential liberal model of democracy at the expense of human rights guaranteed to all, minus disguise. A study reveals that 49.3 percent of the world’s population lives in some form of democracy whereas only 4.5 percent of people live in full democracies.

Democracy essentially is a political model that speaks over how the pursuit of good governance can be materialised, when the conception of sovereignty is perpetuated in devolution for assuring public supremacy. The field of actions than can vary from social to economic, political to military or culture to media circles. Pakistan being born as a weak nascent state in the name of religious freedom, ousted on its first route to democracy as late as March 10-20, 1951, only in the provincial assembly of Pakistan.

The footprints of circumstantial evidence, of the imbalanced political and social developments, of our beloved state, are embedded in the chronology of what is remarked as the colonial history of the Indo-Pak subcontinent. Thus a vivid and degrading structural and institutional imbalance struck Pakistani terms of societal, economic and political dimensions of development of the long and farsighted cherished state.

The democratic norms and values were befitting the fatal state, in which thaw state affairs were to run. constitutional democracies offer like; a responsible and sovereign parliament, free fair and regular elections held in respective tenures, supremacy of constitution, independent Judiciary, rule of law, civilian control over the armed forces, political life free from military involvement, safety to minority rights, provision of basic human needs and guarantee of freedoms and human rights alike that of movement, expression, association and assembly.

Ironically, the country’s constitution has been abrogated twice and suspended thrice. What development and human amenities can be guaranteed, if the social contract is either denied or violated? More than half of its political life has encroached by military generals. Five elected governments have been removed by the army. The matter is not only a debate between the civil military polity and their rifts, but a more serious dimension is in the realm of deliverance, whose statistics aren’t only haunting, but shadowing. Amidst the blinking eye in the urge of optimism, and the aching heart in the realisation of harsh realities.

There is an empty gut that has potential of burning empire into ashes. Human security, when denied moves societies not only into underdevelopment and malnutrition, but plague their generations for centuries, leaving them unable to cope along the modern demands of society and word. Recent surveys in the domain of child care, women protection, employment, human rights acclaim well, that how futile democracies annihilate the very basic social fibre, rather the human fibre.

Words speak and figures shout; this can be quoted well in our case. Right to food comes as an uncontested fundamental human right that every state has to ensure to its citizens, in both urban and rural settings. Nearly 60 percent of the population is facing food insecurity and malnutrition is highly prevalent, as stated per the World Food Programme. Reports also yield that around 44 percent of Pakistani children, who are below five years of age are a victim to stunted and impaired growth and around 15 are suffering from severe and acute forms of malnutrition.

A statistical enumeration of the starvation of infants in Thar, which accords to 450 deaths in 2018, 479 in 2016 and 398 in 2015 depicts the picture well. Not only a matter of food, but the physical being itself under assault, haunts the promise of development in the worst of nightmares. Intellect suffers at the worst, when fed not well, both in terms of food for body and food for thought. This then follows up the society to the murkiest shadows of underdevelopment, destabilising it both as a society and as a state.

A report reveals that around Almost 12 children are abused in Pakistan every day. This paints a haunting picture of the cognitive constructs do we carry along. Pakistan’s overall literacy rate remains static at 58 percent, of the total 203,904,251 citizens.

The despotism of time is when it loses its healing power to the people, if it keeps on repeating itself. The demand of reforms in both execution and legislation is far more important in this relevant age, where challenges come from within and without. To tackle the issue of development, in debt crisis and inflation, human security needs to be prioritised, to ensure a smooth passage of democratic development.

The writer is currently studying International Relations at Quaid-i-Azam University. She can be reached at laraib.afzal110@gmail.com