If it weren’t apparent before, it’s quite in-your-face now. Not only will India not be part of CPEC, but it will oppose it. One could make a rational argument out of one of New Delhi concerns — that the entire project could put untenable debt burdens on the countries involved. True, investment is always a double-edged sword. Just ask the entrepreneurs who were going long and investing big just before the great recession of ’08. Their investments didn’t quite pan out, but that does not diminish the argument, nor practice, of progressive debt based investment. That was, after all, how the entire western market, not to mention western culture, was built.

But the other objection, which really rattles New Delhi, is its core concern, which can also be broken down into two parts. One, it involves Pakistan as the main constituent, of course. And two, CPEC stretch will pass right through the Kashmir region. That, in part, also explains the unprecedented violence erupting in Indian Occupied Kashmir for the better part of the last year. The use of pellet guns, constant curfew, forced disappearances, etc, all bear the hallmarks of a government in overreach, determined to have its way by force but unable to keep up the aggression in face of admirable rebellion on the part of the local people.

And all the while India whines — ironically to itself in the Lok Sabah since not many other parties are interested — a good 29 heads of state just congregated in Beijing under the One Belt One Road umbrella, of which CPEC is the cornerstone. While everybody from Putin to Xi to Sharif shook hands on the future of the region, India alone sulked, pushing itself further into a dark corner ever since it began trying to isolate Pakistan.

It will be interesting to see Delhi’s rhetoric as the project gets past the first few years and gets into the actual take off stage. For starters, in Pakistan it envisages streamlining agriculture, right from the seeding process to improved and enhanced market outreach — contributing directly to exports in the first phase. And, of course, it looks to completely revolutionise industry, improving output and, again, exports. The chronic problem with the budget always in the red might not last too long now.

CPEC is perhaps the last chance to turn things around, quite remarkably and in one stroke, for Pakistan and India

Then this infrastructural novelty will connect with similar up gradation around Central Asia, China, all the way to Russia. The long-term outlook focuses on trade, of course. In the momentum of the mammoth project few people are noticing that, should this program roll out unhindered and according to schedule, it is going to alter the regional commercial calculus beyond recognition. That is when a lot of those loans taken from sovereigns and financial institutions — that India so sincerely fears will choke all countries involved in CPEC — will be repaid most likely ahead of time. A loan is a bad loan only when it doesn’t trigger enough economic/commercial activity to meet scheduled repayments. Since CPEC is connecting countries into trade in ways not heard of since the days of the ancient silk route, and since so many countries and such large investments are involved, there is little likelihood of this project realising Indian fears and going belly up.

There’s another point that India is overlooking; or preventing. For much of the twentieth century, constantly bickering countries were encouraged to engage in long-term, mutually beneficial economic programs. The idea was that once mutual gains were seen rolling in, both sides had extra incentive to keep things from getting too hot. The ideal example of this remains the European Union, despite the hiccups it has been running into lately. Europe, ruined by the second world war — which was only the culmination of centuries of war between the continent’s great and small powers — was bound together in an economic alliance, which later took on foreign policy dimensions as well. There has been no war in Europe since the Union came into being.

The effort to tie Pakistan and India in the Iran-Pakistan-India (IPI) pipeline had similar ideals. The pipeline would have brought unprecedented dividends to both countries, giving them both a stake in a mutually manageable future. Sadly first India dropped out and then Islamabad too just did not have the guts to withstand international sanctions by partnering with Iran at that point.

CPEC is perhaps the last chance to turn things around, quite remarkably and in one stroke, for Pakistan and India. One reason India is so bitter could be Pakistan’s centrality to the project. But that owes to Pakistan’s geographical placement, and in no way amounts to a political favour by China. Yet even if Pakistan gets more glare there is plenty in the project for India and its hundreds of millions languishing in absolute poverty.

If anyone is guilty of playing politics at such a sensitive time, it is clearly India. And they have been at it since the day the present government took over in Delhi. First they insulted sincere Pakistani advances towards peace. Then they went about the whole world badmouthing Pakistan. And then they took up the ‘isolate Pakistan’ policy. And when that didn’t work they started finding faults with CPEC, even though they were very graciously invited by both Pakistan and China.

One would have thought that the world’s largest democracy was simply too diverse a polity to allow the extreme-right kind of irrationality that Modi has brought to Delhi. Yet things continue to go from bad to worse across Pakistan’s eastern border. Unprecedented violence in Kashmir, violence across the working boundary and LoC, and international anti-Pakistan campaign, silly crackdown on minorities, especially Muslim, etc, in fact show that the Indian government is clueless. The sooner Indians realise as much, the better, for themselves and the whole region.

The writer is the Managing Editor, Daily Times Lahore, tweets @yourafiq and can be reached at yourafiq@gmail.com 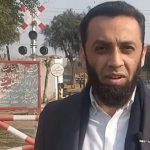 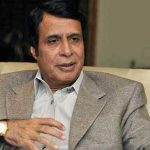