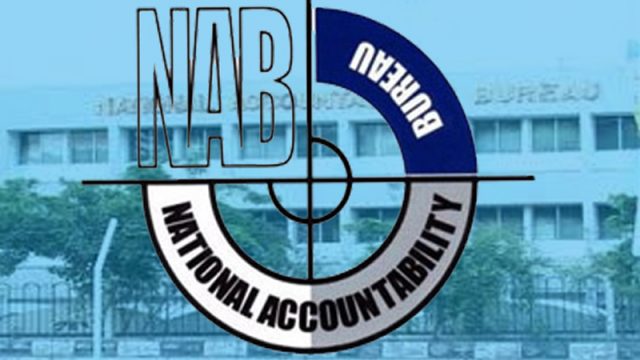 Why does the National Accountability Bureau (NAB) appear as a headless chicken, or a ruthless one-eyed monster who gets the poor by the neck and is often unable to get to the neck of the mighty ones? Or an entity that is stretching itself beyond capacity, thereby losing recognition even for the good work that it has done so far?

It probably is a mix of all.

The bureau is currently dealing with 179 inquiries related to “mega corruption” cases. The official NAB website says it has (of these cases) accepted six voluntary return applications and four plea bargain applications. Besides, as many as 215 individuals under investigation entered plea bargains in many of cases related in June-July 2016. Since its inception, NAB claims to have recovered at least Rs 323 billion.

Compare this with the cases against PPP’s Dr Asim Hussain, charged with corruption worth Rs 430 billion, or Sharjeel Memon, also accused of corruption worth billions of rupees, not to speak of dozens of billions that, according to NAB, Sharifs and Zardari have been involved in.

First, the highly questionable right to plea-bargain, which essentially means letting the thief off the hook after he or she agrees to return part of the stolen assets.

Relatively smaller fish mostly go for plea-bargain since they find it hard to cope with the mental and monetary pressures ensuing from NAB litigation.

But political big-wigs consciously fight it out, instead of going for the plea bargain. They often get away with it even if they may have used their authority for personal gains or for those around them.

The Avenfield flats’ case stands out as a glaring example of how the mighty ones can stall recovery of funds. Ex-PM Nawaz Sharif and his daughter Maryam Safdar were both sentenced and fined with a penalty of 10 million British Pounds. Because of the appeals process, the authorities have done little to recover. Result: the 10 million British Pounds remain entrapped.

Secondly, NAB at times appears like a mindless spoiled brat who hunts at will, regardless of the social or political implications for itself and those it is hunting. Hand-cuffing the accused even much before the completion of the enquiry, or suspending/sealing businesses (particularly medical services such as hospitals, educational institutions, or business centres) based on mere allegations of fraud or default.

Thirdly, poor judgement for instituting cases, at times based on media reports or motivated information.

NAB possesses limited investigative capacity which leads to faulty enquiries and conclusions. The consequent charge-sheets are invariably ill-prepared and not strong enough to stand the legal scrutiny.

High-handed NAB and FBR tactics often force many entrepreneurs to flee the country. At times even skilful, honest entrepreneurs land in jails because of inaccurate information on them.

As a consequence, NAB cannot escape the accusation that it has poorly handled lots of high-profile cases. It also won the notoriety of being an instrument of political victimisation.

Lastly, the absolute powers that NAB enjoys seems to have encouraged its officials into corrupt practices. Promises such as suspension of detention, early bail, or quicker settlement of cases are some of the tools that NAB officials reportedly deploy for extracting money from the accused.

How can a watchdog arrest, detain, handcuff individuals or clamp down on businesses, including health facilities, without quantifying the extent of crime first? All cases, including those against Dr Asim Hussain, Sharjeel Memon, Aleem Khan, Yousaf Raza Gilani, Siraj Durrani, Sharifs, Zardari, Khawaja Saad Rafiq, and many serving or retired officials, acutely suffer from inaccuracies, fudged, bloated figures and intangible evidences.

Isn’t it about time to take on this questionable investigative and prosecution process via NAB?