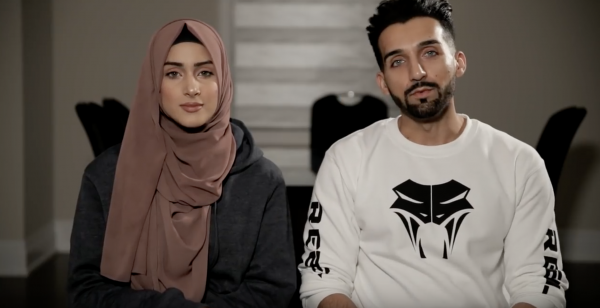 Shaam Idress and his wife Froggy are famous Pakistani YouTubers based in Canada. They are on a tour to meet all their fans around Pakistan. The couple was brutally attacked by a mob during a meet and greet session at the Ocean Mall Karachi on May 6. Shaam’s wife Froggy was punched in the face by an angry ‘Ducky Bhai’ fan according to Froggy.

It is assumed that the mob was instigated by Ducky Bhai, who is apparently a rival YouTuber. Shaam and Ducky have had some professional issues in the past, which lead to the couple’s humiliating harassment at Ocean Mall.

The YouTube vbloggers say they came in peace to spread love and meet their fans, but things took an ugly and unexpected turn. It certainly is a shameful incident. Even after all the security provided, the couple was still manhandled and harassed. Shaam and Froggy believe that it was a planned attack for revenge. The couple shared details on their social media accounts.

“I’m sorry to all the fans, especially the kids who were pushed around and got hurt at the meet and greet. An individual attacked my wife and this is heartbreaking,” he wrote on Twitter. “Hurting women and children is what we’ve come down to? We will explain everything in detail shortly” said Shaam in a Tweet which was later deleted.

Ducky Bhai, who is being blamed for the riot tweeted and also made a short video to deny all accusations. He even condemned the mob attack and the fact that a lady was punched in the face for no good reason. 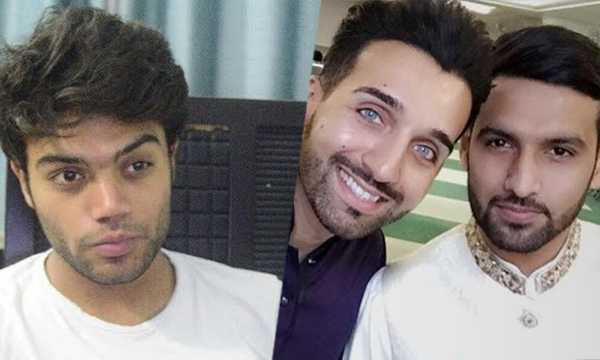 Just heard about the assault on Froggy at Sham’s meet & greet today. This type of disgusting behavior should never be tolerated at any cost, especially on a woman,” he wrote. “Fans should enjoy the occasion by staying in their limits. This is not what I or any other YouTuber would encourage to do.”

Just heard about the assault on Froggy at Sham’s meet & greet today. This type of disgusting behavior should never be tolerated at any cost, especially on a woman. Fans should enjoy the occasion by staying in their limits. This is not what I or any other YouTuber encourage to do.

Shaam and Froggy are old YouTubers who have been friends for many years. Shaam proposed Froggy last year and after a whole series of drama Froggy finally said yes. The couple tied the knot in January this year. The couple is also friends with Zaid Ali who is a famous Pakistani comedian based in Canada and is now married to Yumna. Both the couples make a lot of fun vlogs together.

I’m extremely disappointed by the act of assault on Froggy. No one should be dehumanized to the extent where violence against them is acceptable. Behavior like this is not promoted under any circumstance. You can voice your disagreement w/ words but please don’t resort to violence.

Im extremely disappointed by the act of assault on Froggy. No one should be dehumanized to the extent where violence against them is acceptable. Behaviour like this is not promoted under any circumstance. You can voice your disagreement w/ words but please don’t resort to violence

A video of Shaam Idrees trying to fight off the mob, after a stranger punched his wife in the face is all over the internet today. Yet again a woman became an easy target for violence. A traumatic incident like this will take a long time to wash off the minds of the victim and the watchers. It is an alarming sight for all those who wish take a tour in Pakistan. Such videos and incidents leave a very bad impression of our country around the world.

Though there were people who found the whole incident entertaining, many people took the matter to social media and wrote kind messages to support the pair. Fans made videos and sent letters to the couple to say sorry for the mishap.

I’m a hater of Sham Idrees but now I’m feeling bad for him. He is not terrorist or a corrupt person. He is just a below average content creator. You hate him for messing with your Favourite Ducky Bhai who is not a Farishta. But Sham and his wife does not deserves to be humiliated pic.twitter.com/CZ3Qx0iS6b

If you don’t like someone, don’t go to see them and don’t discuss them. What people are doing to Shaam Idrees is unbelievable and total jahalat. (P.s I’m not his fan either so don’t h8 me)🙄

Tho i hate sham idrees bcz of his content and recent social media drama..but beating him and his wife is so disgusting .. he comes to Pakistan to meet his fans but such kind of violence isn’t acceptable .. hamari awam apni aukat dekhanay mn koi kasar nhi chorti
#shamidress

Shaam and Froggy are still in Pakistan, but after this incident – maybe not for long.