Taliban, US extend ongoing round of peace talks in Doha 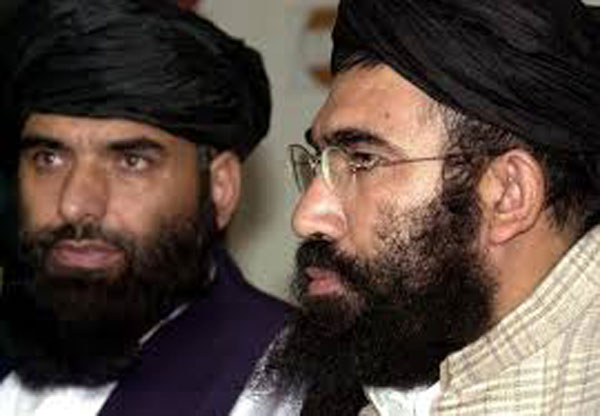 Afghan Taliban and the United States have decided to continue talks during the holy month of Ramazan, Taliban political spokesman Suhail Shaheen said on Monday.

There was an understanding earlier to wind up the ongoing round of talks before Ramazan.

“Talks between the IEA (Islamic Emirate of Afghanistan) and US negotiation teams will continue for five hours in Ramazan, from 10:00 am to 3:00pm,” Shaheen tweeted.

The Taliban spokesman also denied remarks attributed to him by a section of media that talks with the US had been suspended, clarifying that the talks were called off for Monday since it was the first day of Ramazan in Doha. “The talks will resume on Tuesday, inshaAllah,” he wrote on twitter.

The talks were extended as both sides failed to remove differences over what the Taliban call as the ‘core issues’ – complete withdrawal of foreign forces and stopping terrorism from Afghan soil in future.

US peace envoy Zalmay Khalilzad, however, has called for finding ‘common-ground on four inter-connected issues: troop withdrawal, counter-terrorism assurances, intra-Afghan dialogue and negotiations, and reduction in violence leading to a comprehensive ceasefire’. “Nothing will be final until we agree on all four issues,” he had posted on Twitter at the weekend.

Taliban sources in Qatar say they want the US should agree to their longstanding demand to quit Afghanistan and make a public announcement and in return they will guarantee that no one will use Afghan soil against the US and any other country.

Although both sides have yet to reach a formal deal, Taliban sources say there is no deadlock and their understanding to continue talks during Ramazan is a ‘sign of progress’.

The Taliban and US are holding detailed discussions on the draft agreement they had prepared during the Feb 25-March 12 round.