The dilemma of the Afghan peace process

The peace in South Asia is probably one of the biggest challenges of the 21stcentury for the global powers. While the US is closest to end its 18-year-old war than at any point in the last two decades, the stakes of the regional actors, particularly Pakistan, India and China, are also getting too much importance to be ignored.

Zalmay Khalilzad, the US envoy to Kabul for reconciliation, has done a remarkable job to break the long-standing stalemate of the Afghanistan tragedy. Since October, five rounds of talks have been arranged between the Taliban and the US government, but the dilemma of the Afghan peace process is something beyond talks. 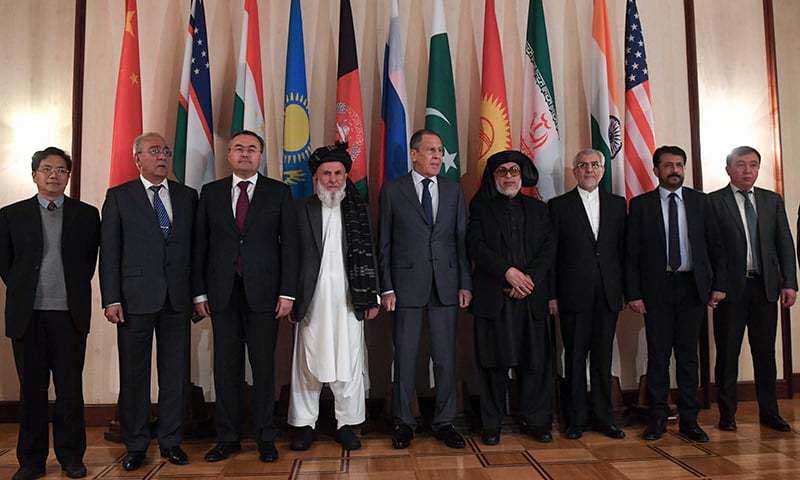 The Afghan peace process is also crucial for Pakistan, India and China. Many a time Pakistan has clarified that it wants a political solution of the crisis. The incumbent US envoy has also appreciated Pakistan’s efforts for the recent talks. Realistically speaking, Pakistan would never wish to see an involved India in Afghanistan, as it would ultimately disturb the balance of power in the region. India would then get the ability to strangle Pakistan from both the eastern and western frontiers. India’s hegemonic ambitions in Afghanistan are clearly evident from its increasing investment in Afghanistan. From the Shahtoot Dam on the Kabul River to building other infrastructure in Afghanistan, India is trying its level best to influence the process in its favour.

The third notable regional power, China, has its own concerns regarding this peace deal. Firstly, China is concerned about Taliban’s incursion in Balochistan to disturb CPEC as both Pakistan and Afghanistan share a porous border. Insurgency in Balochistan has the potential to dismantle the CPEC projects. Secondly, China is concerned about the Islamic Sate of Khorasan (IS-K), as reportedly China believes that the inhabitants of China’s Muslim majority province Uyghur are influenced by the ideology of this branch of ISIS. Therefore, China has a dual role to play in Afghanistan, i.e. to minimise the influence of IS-K, and to contain India in the region.

The ultimate solution of Afghanistan seems likely to be a political one, as it would incorporate all of the stakeholders in government

The policy of the US is quite straightforward in this regard. Since his arrival in the White House Donald Trump has adopted his’America First’ approach. In fact, the initial peace deal was majorly US-centric in which the US asked the Taliban to disallow any external group to use Afghanistan against the US. While Khalilzad mentioned that the final deal would incorporate the interests of the people of Afghanistan, this new deal clarifies the interest of Washington; the US is losing almost $54 billion per year on the war, according to BBC news.

The presidential elections of Afghanistan are expected this year. As the Taliban do not accept any of these elections, resistance on their part is quite predictable. They would probably intensify the ceasefire violations that could tense the situation even further. Undermining the Taliban at this stage could undo any of the gains of the talks as the Taliban has influence on more than 50 percent of Afghanistan’s territory. Speaking practically, the Afghan Taliban will not accept any of the so-called peace deals until or unless they get significant positions in the new government. While the Taliban consider the Kabul government ‘the puppet of the US govt’, Ghani’s government envisages Taliban as fundamentalists who want to impose sharia over democracy. Ashraf Ghani has reiterated many times that he would not accept any deal that does not include the Afghan government and Afghan people.

If the Afghan Taliban manage to win absolute power once again in Afghanistan in the post-American withdrawal, they would ultimately impose their laws that are often considered a sheer violation of basic human rights. In case the 14,000 American troops leave the war-torn country, the region would face the huge danger of turning into a Pakistan-India proxy battleground that could turn the region into a hostile Middle East. Neither of the two would allow the other to get control of the region.

Considering the contradicting interests of all of the stakeholders one thing is evident: the peace process is as equally a dilemma as the problem itself for the hostile region, and it is not going to be solved as quickly as most people think it would be. The ultimate solution of Afghanistan seems likely to be a political one, as it would not only incorporate all of the stakeholders in government but also end the hostilities that are being faced by millions of people.

The writer is a chemical engineer and a freelance writer