No country for guilty men

* The jailor was notified prior to my visit and thus, the meeting was fixed for 2pm, which I did regret considering the unpleasant afternoons of our metropolitan 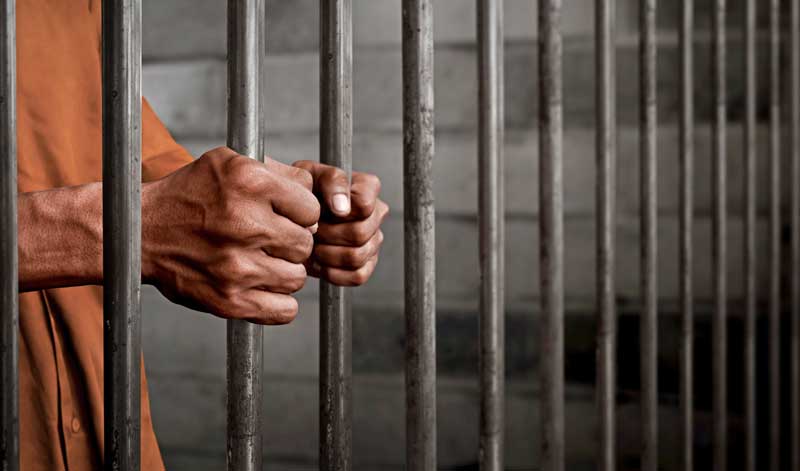 The sun roared above the metropolitan on that Saturday afternoon. My day did not begin until the alarm’s defeaning sound brought me back to life, shaking my conscious and reminding me of the pivotal role this day would play in my years to come. I always believed that an amalgam of zest and a little madness can get anything done, but believe me, I couldn’t be more wrong. Pakistan is a country where accomplishing something queer is the precise synonym for pulling as many strings as you possibly can.

Call it my extravagant charm, or the fortunate career of my father, that I finally landed an appointment with the man responsible for holding, as the masses usually refer them, the curse of our society behind the circumference of barbed wires and thick iron bars. Yes, I finally met the jailor of The Central Jail, Karachi.

The jailor was notified prior to my visit and thus, the meeting was fixed for 2pm, which I did regret considering the unpleasant afternoons of our metropolitan. With only 15 minutes remaining on the clock, the engine of my car roared to life and I, with a pen and a sack of sheer passion hanging on my shoulders, raced along the university road to experience what a life of an inmate is. For all those who are blessed enough to not have visited the jail up until now, let me burst the bubble of insecurities that you all are currently in. Before visiting the central jail, I too was embroiled in the cocoon of scepticism that revolved around the treatment of our inmates. I could hear the echoes of their helpless cries, the sweat on a constable’s face from hours of torturing his subjects, and the hopeless countenance of men with empty bellies. This was the picture that I had in my satchel of sub consciousness when I floundered through the gates of the jail and, for the first time, stepped on its dusty ground. My father, the man who pulled all those strings for his eccentric son, had already filled me in regarding the protocols that are exceedingly significant to follow. Call it a mere fluctuation of my luck but these regulations included the prohibition of the use of technical gadget of any sort. Hence, recording my interview was certainly out of the question.

After a short interrogation at the entrance, I was led in by a constable without any meaningless mishap. This was due to the fact that my name was already engraved in the list of appointments the jailor had today. Although, I should not have opted that luxury because only then would I have know the difficulty that a normal individual might have encountered in entering the place. Nevertheless, I was satisfied how the initial chain of events was unfolding but there still existed my sac of precariousness which was not yet eradicated.

I was told to submit my mobile phone and any kind of arms I may have on me. Arms? I repeated and smiled at the constable, which was followed by a slight shake of the head. I was then led through the main entrance, which marked the beginning of a different world entirely.

Stepping into the main hall of the jail was followed by an uncanny stamp on my hand and a brief meet up with jailor himself.

I had to admit, the jailor was indeed a polite and a reasonable individual who obliged to all of my requests. The ultimate surprise that was waiting for me in that crowded hall was yet to be unveiled. The jail staff took me to small room with a deteriorated table and an even more deteriorated desktop computer on it. This was where I had to conduct my interview. Let me clarify that I met three inmates during my time in that room. Their tales dripped with disappointment and disgust, yet they still imagined glimpses of hope in their caves where darkness seem to have no end. Although, their reaction was predetermined by me, but I failed to analyze the actual culprit in their misery. Was it the jail? Was it the jail staff? or Was it the jailor himself? Every time the only answer they had for me was a shook of the head. Here is what they told me,

THE FIRST INMATE — his name was Shakeel Ahmed, a family man with a wife and two kids. He was in central jail since July 2007 on grounds of fraud and perjury. The constitutional sections that were implemented on him during the trial were 420, 468, 471 and 409 subsection 34. The fact that was supremely surprising and acted as a big question mark of our justice system was that the maximum sentence for all these sections was seven years. Yet, Shakeel had almost spent twice this time in the jail. He further added that four different session judges rejected his bail almost four times, while his fifth appeal is pending for almost nineteen months.

To quote his exact words, “I am disappointed at the judiciary. In fact, jail is way better than judiciary”.

He also specifically stated that during the visit of former chief justice Saqib Nisar, various promises and reassurances were given to him, yet every word and promise ended up in sheer dismay. Shakeel has an MBA degree and he has completed his masters in international relations during his years in jail. The man is still waiting for an answer to his bail appeal, which he told me would be yet another rejection.

THE SECOND INMATE — the second inmate’s name was Muhammad Sabir. He too was a victim of a biased justice system and strike me as the perfect epitome of “Guilty until proven otherwise”. Sabir had also spent around 14 years in jail and was sentenced for sections 302 and 365/B. While Sabir preferred not to discuss his case with me, he affirmed that he too had serious reservations with the judiciary. “They (judges) don’t seem to care if we live or die” were his exact words. Sabir has also appealed for bail several times, but had been rejected. He is eligible for both payroll and an early release.

THE THIRD INMATE — taking into account the regulations that were narrated to me, I now had ten more minutes to spare. Though, these ten minutes seem a very minute window, they felt more than enough to interview this last inmate. The third inmate’s name was Shoaib, the most extrovert of them all. Shoaib was sentenced for 10 years by the anti-terrorist court with sections 383 to 386 implemented on his charge sheet.

He had almost spent 51 months in jail after which Sindh High Court declared his case faulty and ordered a retrial. He is still waiting for his retrial since 19 months. Shoaib feels that a revolutionary change in the judicial system of Pakistan is the need of the hour and believes that with the current state, they have no hope whatsoever.

After the third inmate, I bid my farewell to all three individuals hoping for a miraculous change that might end up being the ultimate answer to their agonising condition. However, the most surprising aspect of this visit was that all three inmates were deeply satisfied by the jail staff and the jailor himself. They all affirmed that the jail was indeed an ideal rehabilitation institute with facilities like painting, music, embroidery and computers available for them to learn. The fact that our inmates, who are sadly the forgotten portion of our country’s population, are being treated in a humane manner is immensely relieving. Yet, the revival of our judicial system is the foremost need of this country. The reason for writing this singular narrative is to attract the country’s leadership towards this pressing issue. Because without justice, the state of Medina seem to be a farfetched dream.