The Barbershop — an institute for political awareness 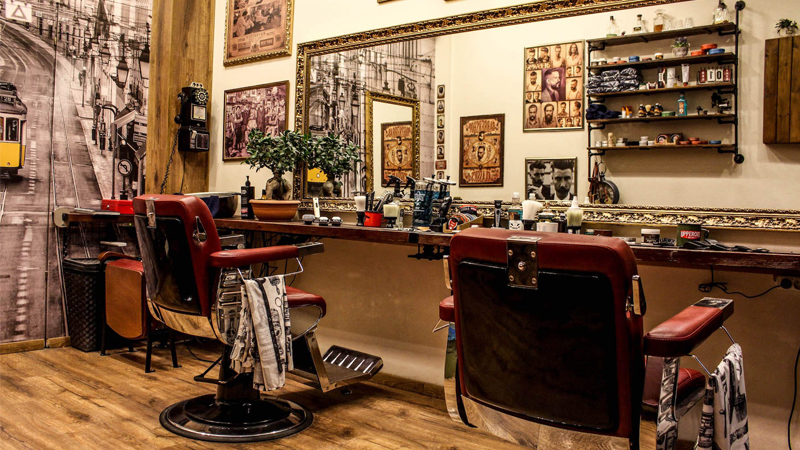 “Our foreign policy is based on a lot of biases and it needs to be revived because we Pakistanis as a nation are getting isolated and many human rights organisations have declared Pakistan the most dangerous to place,” a local barber poured out these philosophical thoughts.

It was early in the morning when I went to a barbershop, which was full of people of different age groups and schools of thought. The people there were already engaged in political debate. The questioning and cross questioning taking place was quite mature.

Idrees, the barber was busy in his routine work and was also getting himself involved in the hot political debate which was going on among people from different areas having different political affiliations.

The most stunning thing for me was when I came to know that all of the participants were illiterate and most of them were farmers from the surrounding villages.

As a student of journalism I was amazed when I came to know about their political maturity and social awareness from their arguments during debate and at least for two hours I enjoyed the debate. The heated arguments were tolerated by all the participants.

Their tolerance for each other convinced me to ask them about their debate and political awareness. A local former Mukarram Khan, 60 said “we don’t have any formal education nor we have been through school but even then we have learnt a lot of things in the barbershop and we always enjoy a good and balanced debate here”.

Other person in his early 40s said that beside haircutting or shaving, I hardly missed a day to come to this barbershop to learn about the ongoing country political situation. I listen political discussions and debates and I consider this spot.

In Pakistani political setup politicians believe on “word of mouth” and for grassroots level propaganda needs to disseminate false, fake news about opposition. Such places work greatly to spread news in favor or against any of the leader or party.

Another person named Fayaz Ali said, “I consider the barbershops as a school for me where from I have learnt many important things regarding national and international affairs.” While listening to these debaters, it has boosted my political awareness, he added.

Talking about the barbershops importance regarding political awareness Sanaullah a university student said “I used to go to a local barbershop on regular bases in my pre-university period with a newspaper in my hand because there were some aged people who used to wait for me to translate the whole newspaper to them in Pashtu and all of them were illiterate but they had a strong command on the political and social affairs”.

He added that there were many shops in the market but it was only barbershop which gave us a platform for political discussions.

Falak Naaz another barber while sharing his ideas about the barbershops role in making the people politically aware said “I don’t have any interest in the politics nor I have any affiliation with any of the political parties but still my shop is hosting a hot political debate among different people on regular bases”.

Answering to a question about his social and political awareness he said that he had got this awareness from the different segments of society like lawyers, doctors, students, teachers, political people, religious people and people from civil and military departments come here on regular bases and sharing their ideas and experiences and it had made me “all in one”.

He added that he had never observed a fight between two parties during debate in his shop and it was a message of tolerance for those politicians who during assembly session turn the assembly hall into a ‘fish market’ and have no tolerance for each other’s opinions.

Idrees further said that they mostly discuss the current affairs and let each other to hear their answers and questions calmly.

A survey reveals a fact that the media has much influence on the people’s mindsets and with the passage of time changes occur in their topics of debate.

But according to new and modern research the barbershop is playing an important role of a free platform for local community wherein they can freely exchange their ideas and political thoughts.

In his last comments Idrees added despite illiteracy barbershops were the only places which have made the people aware of political and social issues and the most important factor in these debates was that it creates a sense of tolerance in people for each other’s opinions.

“See you next Sunday with a new idea and with a hope to learn more new things and ideas,” Idrees said when he finished my haircut.