India tested its first nuclear device on May 24, 1974, at Pokharan in its Rajasthan desert. Raja Ramanna, the leader of the team, is said to have informed then prime minister Indira Gandhi that “Buddha Smiles”. India continued to vigorously pursue its nuclear programme. On May 11, 1998, it conducted three more nuclear tests at Pokharan about 150 kilometres from its border with Pakistan. The event was named Pokharan-ll. The devices denoted were a 15 kilo-ton fission device, a two kilo-ton low-yield one, and a 45 kilo-ton thermonuclear one. Two more tests in sub-kilo-ton range were conducted on May 13. Then prime minister Atal Bihari Vajpayee proudly announced that India had become the sixth nuclear weapon state, cincluding the home minister, LK Advani, who said Indian forces could cross the Line of Control in Jammu and Kashmir on the pretext of hot pursuit. 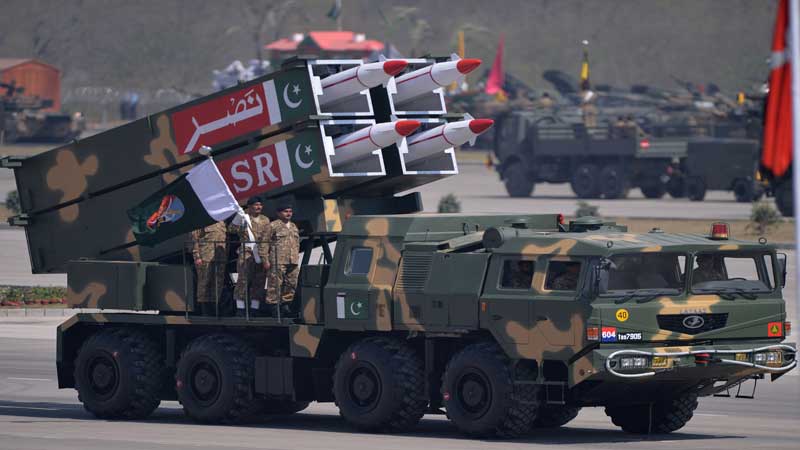 The Pakistan Atomic Energy Commission was established in 1956. Work in pursuit of nuclear weapons gained momentum in 1974 as the then prime minister, Zulfikar Ali Bhutto, vowed to develop a nuclear deterrent even if it required the nation to eat grass. Dr AQ Khan joined the programme in 1976. After five nuclear explosions by India in May 1998, Pakistan detonated five nuclear devices on May 28. A sixth device was exploded May 30 in the Kharan desert of Balochistan.

Thus in May 1998, both India and Pakistan claimed the nuclear power status. There has been no all-out war between nuclear states. The closest the world came to such a catastrophe was during the Cuban Missile Crisis of 1962. It was a direct and dangerous confrontation between the United States and the Soviet Union. For 13 days a nuclear war looked imminent.

The united States had made a failed attempt to overthrow the Castro regime in Cuba with a Bay of Pigs invasion in April 1961. In July 1962, USSR reached an agreement with Castro to place Soviet nuclear missiles in Cuba to deter a future attempt by the US. The preparations were noticed by the US and there was sufficient evidence that the missiles had been placed in Cuba. America demanded that the missiles be removed and imposed a quarantine. The crisis were resolved in the end through negotiations between the US and the USSR with active participation of the United Nations. US agreed to respect the Cuban borders and the USSR to dismantle and return the missiles to Soviet Union. The US agreed to dismantle missiles in Turkey.

There have been occasions when Indian and Pakistani forces were deployed on war footings but the hostilities did not break out, mainly because of the nuclear element.

In 1987-88, India deployed her military with live ammunition in the name of Operation Brass Tacks. Pakistan, too, deployed her forces and the stand off lasted for about a year. On March 1, 1987, Dr AQ Khan told journalist Kuldip Nayyar Pakistan had the nuclear weapons capability and would use a bomb if its existence was threatened. The forces were withdrawn gradually.

The Indian Kargil review committee report says Pakistan conveyed during the conflict that the hostilitie cold turn nuclear. This may have stopped India from choosing an all-out war.

In December 2001, five gunmen attacked the Indian parliament. Subsequently, India mobilized its forces and threatened to carry out surgical strikes against militants fighting in Occupied Kashmir. Pakistan, too, deployed its forces along the border. One again, the two forces remained eyeball-to-eyeball for about a year. Gen Pervez Musharraf, the then president, said on May 30, 2002, that an Indian incursion across the Line of Control would unleash a storm. The troops were eventually withdrawn to peace locations.

Following an attack on Indian forces in Pulwama district of Occupied Kashmir on February 26 and a subsequent Indian Air Force operation on Pakistani territory two Indian fighter were shot down by the Pakistan Air Force. The pilot of an Indian jet was caught but returned to India.

Thus in May 1998, both India and Pakistan claimed the nuclear power status. There has been no all-out war between nuclear states. The closest the world came to such a catastrophe was during the Cuban Missile Crisis of 1962. It was a direct and dangerous confrontation between the United States and the Soviet Union. For 13 days a nuclear war looked imminent

European nuclear power states, United Kingdom and France, have reduced their conventional forces. However, India and Pakistan have been enhancing their conventional as well as nuclear arsenals. According to Military Balance of 1999, the year after both India and Pakistan carried out nuclear detonation the strength of Indian Army was 980,000 and of Pakistan Army 520,000. India had 36 divisions including 3 amoured divisions and Pakistan 21 divisions including 2 amoured divisions. Indian Navy was five times the Pakistan Navy. Pakistan Navy did not possess an aircraft carrier or a nuclear submarine. The IAF had 774 combat aircraft and the PAF 389. The two countries have been increasing their conventional forces. In 2018 Military Balance reported that Indian Army numbered 1,200,000, the naval inventory included two more nuclear submarines and the number of combat aircraft was 849. Pakistan Army numbered 560,000, the navy planned to induct Chinese submarines and destroyers and the PAF had 425 combat aircraft. Thus the ratio between the armies and air forces was almost the same as in 1999.

The two militaries have also been adding nuclear warheads and delivery systems. India has announced plans to prepare for a space war.

Meanwhile, the socio-economic conditions in both these nuclear states leave much to be desired. In 2011, people living below the poverty line in India were 21.9 per cent of its population. For Paksitan the fraction was 29.1 per cent in 2013. In 2015, the literacy rate in India was 72 per cent and in Pakistan 58.5 per cent.

Given the poor socio-economic conditions, both the countries need to review their spending priorities. They need to spend more on education and health to improve the quality of life for the common man and less on expanding their asenals.

Pakistan should propose talks to India to resolve all outstanding issues and to stop the arms race. The two countries can agree to maintain the present strength of conventional forces and not add more weapons, equipment and personnel. Similarly, the number of nuclear warheads and delivery systems can also be frozen. The money so saved should be on social uplift.

It may be recalled that the United States and the former Soviet Union signed the Strategic Armament Limitation Treties in 1972 and 1979. Their purpose was to curb the arms race in strategic and long range intercontinental ballistic missiles that carry nuclear weapons. The Anti-Ballistic Missile Treaty similarly regulates the deployment of such systems.

The writer is a senior research fellow at the Strategic Vision Institute, Islamabad