The evolution of tourism in Pakistan 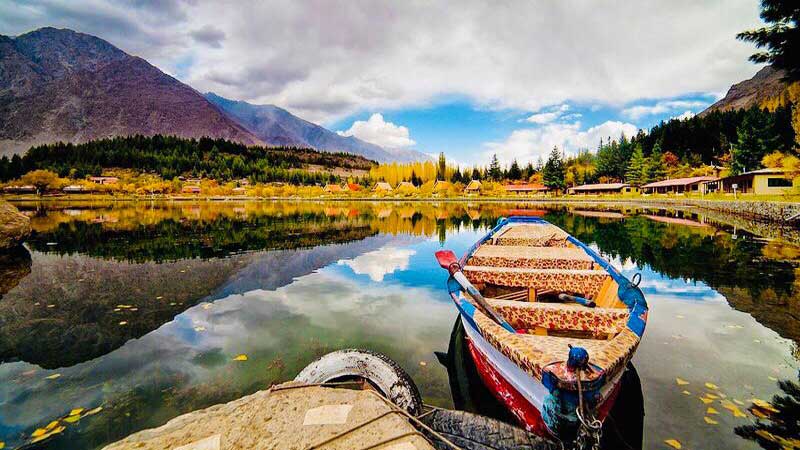 Iam a Banda-e-Sahrai from Cholistan Desert, land of the lost river Sarasvati. We, the people of Cholistan still believe that our lost river shall, one day, return back to our land as it did during the heavy monsoons of 1976. I have worked for Pakistan International Airlines (PIA), in Spain and Egypt, the two countries that are considered the Mecca of Tourism. I’m one of the few tourism technocrats, who developed winter tourism in Balochistan, Tharparkar, Mehran, Cholistan and the Salt Range, thereby turning Pakistan into a year-round tourism destination. The idea of this article is to assist and guide the National Tourism Coordination Board created by Prime Minister (PM) Imran Khan, to focus on high end tourists. Go for quality and not for quantity. Let’s save our environment. We have already destroyed Hunza’s capital Karimabad by turning it into a concrete jungle.

Imran Khan’s passion for tourism is as strong as his passion for the game of cricket. Tourism is a fast track means to earn much needed foreign exchange and a perfect remedy for poverty alleviation in our country. Furthermore, foreign direct investment only follows tourism trails. Where there’s no tourism, there’s no foreign or local investment worth mentioning. All the tourism tigers like China, Thailand, Singapore, India, Dubai and Malaysia are a classic example of investment following tourism trails.

Cricket, perhaps is the only exception, otherwise there’s no concept of all-rounders in this age of technocracy. Field Marshal Ayub Khan was a simple soldier but he hired a team of highly committed technocrats in every field to achieve what he achieved during his 10 years rule. That perhaps was the golden era of Pakistan. ZA Bhutto, a charismatic leader like Imran Khan undid what Ayub Khan had done and put a stop to industrial progress of Pakistan. ZA Bhutto, like Imran was very popular with the ruling elite of the Middle East, the Gulf and China but brought economic disaster to the country except in two fields:

Provided overseas work opportunities to Pakistani labourers and made tourism a cornerstone of his economic policy.

In 1972, Pakistan was the only country in the region to recognise tourism as the wheel of progress. Bhutto was rebuilding Pakistan on very innovative lines as he put aviation, culture and tourism together to attract the newly acquired petrodollar by the Gulf States. He first appointed the aviation magician Air Marshal Noor Khan as PIA chairman with full powers. Raja Trideve Roy, the Chief of Chakma Hill tribes of Chitagong, who opted to stay with Pakistan, was made the minister of Minority Affairs & Tourism. Ardeshir Cowasjee, a Parsi businessman and a writer was made managing director of Pakistan Tourism Development Corporation (PTDC). In order to boost further, the prospects of tourism, Begum Vicarunnisa Noon was appointed PTDC chairperson. Begum Vicarunnisa was the wife of Sir Feroz Khan Noon, the seventh PM of Pakistan. Not many people perhaps know that this charming lady was responsible for getting Gwadar to Pakistan.

After marrying Sir Feroz Khan Noon in 1945, she converted to Islam and was called Vicarunnisa Noon. She singlehandedly lobbied for Pakistan, with the British Parliament in London against all odds including CIA and the American president, who were favouring annexation of Gwadar to Shah of Iran. Finally on September 8, 1958, Feroz Khan Noon announced on Radio Pakistan that Gwadar along with 15,000 acres of land had been purchased by Pakistan from the Sultanate of Oman at a cost of Rs 5.5 billion. This huge amount was paid by none other than Prince Shah Karim Al-Hussain Agha Khan. The people of Pakistan must thank Begum Vicky and Prince Karim Agha Khan and not these lootera (robber) politicians.

In 1989, I brought the regional director of a French company, Club Mediterranean to Gwadar, who offered to build three tourism resorts along the Makran Coast. Club Med moves millions of tourists per year, to beach resorts around the globe. It would’ve been a great breakthrough for tourism in Balochistan but our meeting with the then Chief Minister Akbar Bugti was a disaster.

CM Akbar Bugti, though a handsome man was a self-centred individual who thought of nothing but himself. We could barely breathe in his presence. A great opportunity to boost beach tourism in Balochistan was lost.

Air Marshal Noor Khan took bold measures to rebuild PIA and boost tourism to Pakistan. He was the mastermind in building Hotel Intercontinental chains in Karachi, Lahore, Rawalpindi and Peshawar. PIA moved into hospitality sector and acquired a hotel chain of its own to accommodate tourists: Midway-House Karachi Airport, Sambara Inn Larkana, Inter-Pak Inn Sukkur, Wali of Swat’s palace in Saidu Sharif, Rakaposhi View Hotel in Gilgit and an under construction hotel in Karimabad. Show business personality Zia Mohyeddin was hired to head PIA’s Performing Arts Academy which had amazing artists like Nahid Siddiqui, Faiz Baloch and Khamisu Khan. PIA Arts Trope performed around the globe to enthral international audience and introduced bold and beautiful Pakistani culture. Pakistan Foods Festivals organised by PIA in different world capitals was another land mark to show case Pakistan as an amazing tourism destination. In the early 1970s, Pakistan was far ahead of the region in the field of tourism.

In 1972, Pakistan was the only country in the region to recognise tourism as the wheel of progress. Bhutto was rebuilding Pakistan on very innovative lines as he put aviation, culture and tourism together to attract the newly acquired petrodollar by the Gulf States

India, China, Thailand and Singapore moved into tourism promotion much later, somewhere around 1978. So much so that even the first meeting of the World Tourism Organisation was held much later, in 1975. I was member of the Pakistani delegation to WTO’s first meeting in Madrid, that was headed by Roedad Khan, the than secretary of tourism.

By 1977, Bhutto’s plan of putting Pakistan as a regional leader of tourism was in place. The casino along the Arabian Sea, near Karachi, was scheduled to open. I, as a manager of PIA in Spain, was asked to contact Locero Tina, the famous flamenco dancer, to perform on the opening night of the casino. Pakistan was ready to welcome millions of petrodollars through tourism but unfortunately political turmoil doomed the dawn of prosperity in Pakistan. General Ziaul Haq undid what Bhutto had done for tourism in his tenure of seven years.

What an irony of history! General Ziaul Haq did to Bhutto what Bhutto had done to FM Ayub Khan. While the rulers Khaki and Faqi played tit for tat with each other, Pakistan tourism suffered a miserable blow.

In 1984, while Pakistan was under the grip of dictator Ziaul Haq, I decided to resign as the country head of PIA in Egypt to setup my tourism company to help promote tourism. Although, all my PIA colleagues considered my decision as a plunge into darkness, I knew what I was doing.

Tourism at that point and time was an exclusive domain of Agha Khan community and rightly so because all hotels, motels, major tour companies, guides, cooks, porters and jeep drivers were all Agha Khanis. And so were the prime mountain tourist destinations in Gilgit-Baltistan. It was an uphill task and that too, a real steep one. No hotel would offer me competitive room rates, no transporter agreed to carry my tourists and no guide was willing to work with me. In this hopeless situation, two Spanish friends of mine from Barcelona came to my rescue. In 1984, film ‘The Far Pavilions’, shot in Khyber Pakhtunkhwa, was released in Spain which created great interest in the Spanish youth to visit Pakistan. They wanted to feature Pakistan as a brand new tourist destination in an upcoming outbound Spanish market. We travelled day in and day out for 14 days and developed a 21 days tour at the cost of Rs 200 per person per night, inclusive of transport, hotel accommodation and half board.

Travel Waljis Owner ShireenWaljis was then the queen of Pakistan tourism. The babus of the Ministry of Tourism, officials of PTDC, hotels and motels owners, transporters and guides were all at her mercy. The Tourism Ministry, almost every year, organised Pakistan Tourism Convention, in different cities of Pakistan and invited foreign tour operators to sample our tourism product. That was the best way to introduce Pakistan as a tourism product, at that time. The year 1984, was my first Pakistan Tourism Convention at Sheraton, Karachi. All pigmy Pakistani tour operators like me were forbidden, except for Mrs ShireenWaljis, to stay in the Convention Hotel, so that she had the exclusive time to meet and negotiate business with foreign tour operators.

Just, nine years later, in 1993, I was the convener of Pakistan Tourism Convention, on behalf of the Tourism Ministry and the Travel Agents Association of Pakistan. Every Pakistani tour operator, big or small, stayed in Sheraton, the convention hotel. Everyone got level playing field to do business. Shireen Waljis was presented with a Gold Medal, by me, for her services to tourism in Pakistan.

Indus Guides’ entry into Pakistan tourism was grand, in spite of hostility from the private hospitality industry. We changed our weakness into strength. Raja Chengiz Sultan, an outstanding painter now, was then the general manager of Pakistan Tours Limited, an operational wing of PTDC. They had hotels like Faletties in Lahore, Flashman’s in Rawalpindi, Deen’s in Peshawar and a chain of motels along KKH and the northern areas of Pakistan. He helped me resolve the issue of hotel accommodation. Then I contacted Gulab Khan Shinwari, a transporter friend of mine from Landi Kotal, Khyber Pass. I hired a Disco Bus, a driver and a conductor, from him, for six months. Indus Guides brought in large groups of youth, compared to high-end small and sober groups carried in A/C coasters by other companies. Our art-on-wheel bus was natural air-conditioned as it had no windows.

Imran, after Bhutto, you’re the only leader to have a great vision for tourism in Pakistan, but please do not let it be fogged by your incompetent friends.

The writer is an entrepreneur. He can be reached at indus.guides11@gmail.com