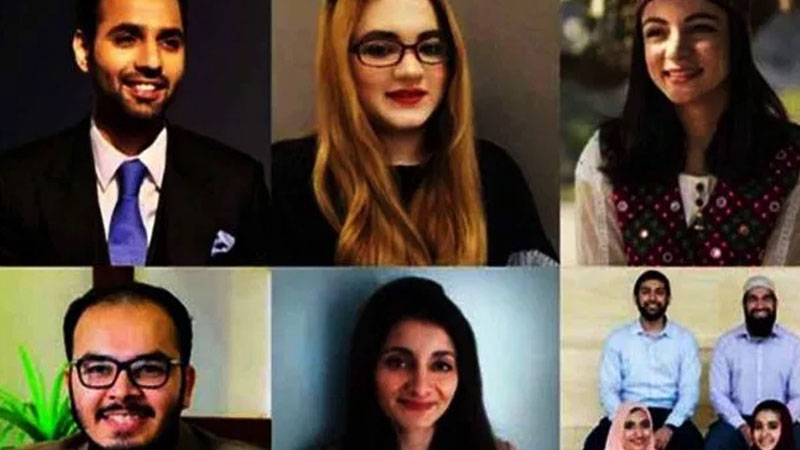 AHMED RAUF ESSA, 27 — Ahmed Rauf Essa co-founded Telemart, which Forbes describes as “one of the largest e-commerce platforms in Pakistan, while in business school at the age of 23”.

KARISHMA ALI, 21 — Karishma Ali, who belongs to Chitral, “is currently the only female football player from her hometown playing at the national club level”, says Forbes. Karishma Ali has represented Pakistan at the Jubilee Games in Dubai and also founded the Chitral Women’s Sports Club.

LAILA KASURI, 29 — Laila Kasuri is currently a water analyst with Global Green Growth Investment’s Policy Solutions Division. Forbes said that she “has led research at organisations such as the World Bank, the United States Army Corps of Engineers and the UC Davis Center for Watershed Sciences on climate-smart irrigation, flood risk reduction and river basin planning”.

ZAINAB BIBI, 29 — Zainab Bibi established the Pakistan Society for Green Energy in 2013 to develop new methods of renewable energy. “Since its founding, the company has successfully developed a bio-fuel from waste tissue paper and introduced Camelina Sativa, a drought-resistant plant that can be made into bio-diesel,” said the publication.

ZAIN ASHRAF MUGHAL, 28 — Zain Ashraf Mughal founded Seed Out ? a non-profit, non-religious and non-political crowd-funding platform ? four years ago. It has raised over 600 entrepreneurs in four cities across Pakistan since then, with average funding of Rs 90,000 per person.

ROSHNI RIDES — Roshni Rides is a female friendly carpooling platform for commuters based in Pakistan. The company is founded by Hanaa Lakhani, Hasan Usmani, Gia Farooqi and Moneeb Mian.