A cry for more safety for our children

In this age of technology and fast access to every kind of information it is impossible to strain out things that we do not wish to see. An abrupt, unannounced and a graphic video on the newsfeed can leave us disturbed for days. We are left speechless and in tears over videos of violence and brutality.

One such video became viral a few days ago and the content was too much to take.

The five-year-old victim pleaded for mercy while the abuser continued punching her. The caption explained how the monstrous abuser was the little girl’s own father. He was hitting the child because she asked for a birthday celebration. The father is seen knocking the child, using derogatory words for the little innocent child. 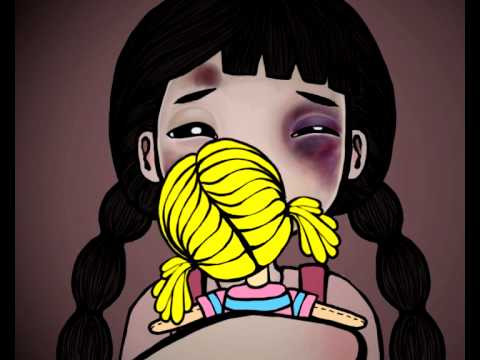 The brief footage is enough to make you understand that it isn’t his first time he has been hitting his own child. Even after the child joins her tiny hands to plead for mercy, the man continues to punch the child. ‘Mujhey maaf kerdijiye, Mujhey maaf kerdijiye’ [forgive me, forgive me] cries the 5-year-old as her voice rings in your head and a tight knot in your throat over the helplessness of the child. The father posted 3 clips of himself abusing his own daughter. It was later discovered that the video was shot in Patna, India.

The mother had posted these videos on her social media for help. The wife of this brutal man left him eight months ago after 16 years of marriage, suffering a lot of abuse from him. He habitually hit the wife and his three daughters, so the wife planned an escape, but was unable to take the third (youngest) daughter with her.

Now the beast was mercilessly torturing his own daughter to threaten his wife to return home or else he would continue the mindless torment on the innocent child. The mother was wise to post it online, the power of social media saved the day.

The man was identified as Krishna Muktibodh who was a resident of Kankarbagh Colony in Patna. He had been a lecturer in college some years ago. Krishna allegedly drank and brutally hit his youngest daughter, made videos of the torture and sent it to his wife on WhatsApp. She decided to post the video on Facebook for help, that is when it caught everyone’s attention and the police was able to arrest Krishna on Tuesday. He was made to undergo a breath analyzer test in which he was found to be drunk whereas liquor is prohibited in the state.

Krishna and Naina had been married for 16 years, but the man’s behaviour caused the wife to leave him. Although she could have planned a rescue for the child a lot earlier, we are glad that help came in at the right time and the little girl is now rescued and safe with her mom. What’s worrisome is that there are many more incidents that never get caught on camera or the person fails to report abuse. Some children suffer immense abuse at the hands of their own parents.

Another incident where a boy was rushed to a hospital in Jalalpur Bhattian a few days ago when his mother brutally hit him over refusing to study. There were bite marks all over the boy’s face and he was bruised all over. There are several more incidents that confirm how most children are not safe even in their own homes. Krishna from Patna, India but we would be lying if we said that nothing like this happens in our own society too.

Our Facebook newsfeed is flooding with evidence of how our children are not safe at home, at schools, tuition centers and even madras. It’s not just “stranger danger” we are dealing with, as the worst form of abuse comes from our closest ones- parents, teachers, relatives, siblings. We have to provide more safety to our children and even to those who don’t have a home to run to.

Abusing a child can damage the brain due to the traumatic effects of it. It’s a life-long damage done, comes with a heavy price. Abused children today make broken adults tomorrow. There is a reason why there is rage and violence in the society. The abuse is never punished, the crime goes unnoticed, hence giving birth to more abusers who know they can get away with anything.

The government should design serious consequences for child abuse and also order a strict implementation of the law to save our coming generations from the after effects of abuse and violence. Clips of children being tortured at schools and madrasas should also be taken more seriously. Teachers and parents should have a wiser approach to discipline their children. Inhumane and sadistic torment can never tame and train any child because all it does is harm the brain and personality of the child.