Falling in love at first sight was a popular trope, but what was more dangerous was the frequent portrayal of Stockholm syndrome as something to be celebrated. 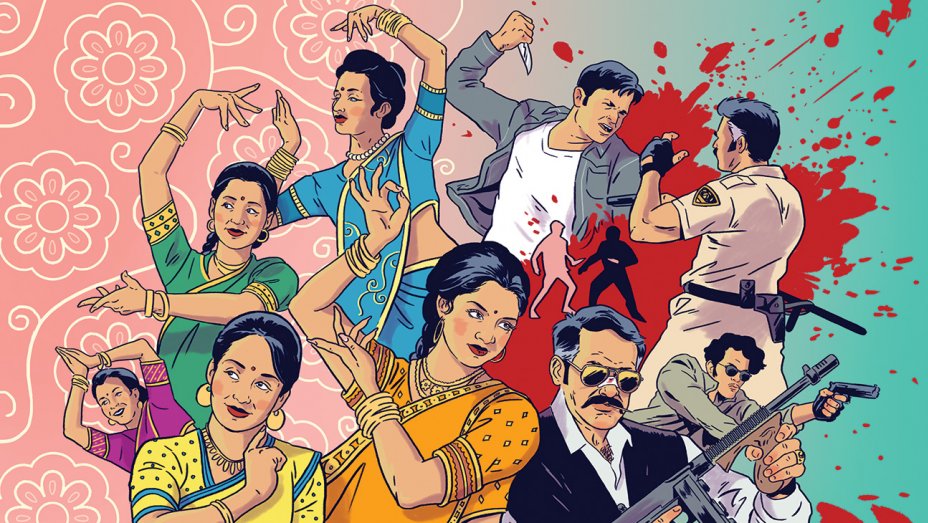 Growing up in Pakistan, Bollywood was one of the most influential sources of entertainment we had access to.

One idea was a constant presence in films: hyper-feminine, coy and helpless women in colourful outfits were contrasted by the dashing, strong men who were their only knights in shining armour. The sight of both dancing together in some green and pleasant land was, of course, captivating at that time and we consumed these stories with reckless abandon.

Bollywood’s idea of finding ‘The One’ through ‘love at first sight’ and thereby realising the dream of love and romance, was impressed upon us from an early age, deeply affecting our understanding of what love was meant to be. Bollywood and its content was undoubtedly highly emotional and had a strong psychological impact.

Falling in love at first sight was a popular trope, but what was more dangerous was the frequent portrayal of Stockholm syndrome as something to be celebrated.

This idea has become deeply ingrained in the psyche of many Pakistani women brought up on Bollywood films.

Another hallmark of Bollywood films was the depiction of women unwilling to accept proposals being pressured into consenting by men threatening to kill or hurt themselves. One example that is hard to forget can be found in the film ‘Tezab’, in which the male protagonist Anil Kapoor threatens to take his own life if Madhuri Dixit-Nene, the object of his desire, does not embrace his love for her. Madhuri Dixit-Nene, despite her staunch unwillingness, suddenly accepts Anil Kapoor’s proposal to save him from hurting himself.

The messages embedded in stories like this are absorbed without question by naive young viewers.

Romance is a central part of Bollywood cinema, an integral part of every film irrespective of its genre. We’re slowly adopting the culture of dating but in our society we still hesitate to have conversations about love, romance and consent. Consequently, our understanding of love and relationships is overwhelmingly shaped by culture, with film and television having the greatest effect. Although this influence is, to an extent, rectified over time as we age and begin to have our own experiences, far-reaching damage has already been done.

These films present an exaggerated and highly problematic version of reality. On one side, boys are persuaded to think that they must stalk the girl they like wherever she goes, then try to impress her before proposing to her in some park or market – all without stopping to consider the feelings of the girl they profess to love. On the other side, girls are conditioned to accept even unwanted advances from men they believe are their saviours.

This is the context in which many relationships and marriages are formed in Pakistan. It’s a reality that has, to a great extent, been formed out of the fantasies we encounter as consumers of culture. This reality, like many Bollywood films, is dominated by stories of sexual harassment and the violation of consent like those that kick-started and continue to fuel the MeToo Movement. In Pakistan, a fundamental change to the way in which we engage in conversations about love, consent and relationships is needed if we are to enact positive change for our society and change our perceptions about what love really is.