The evolution of mankind 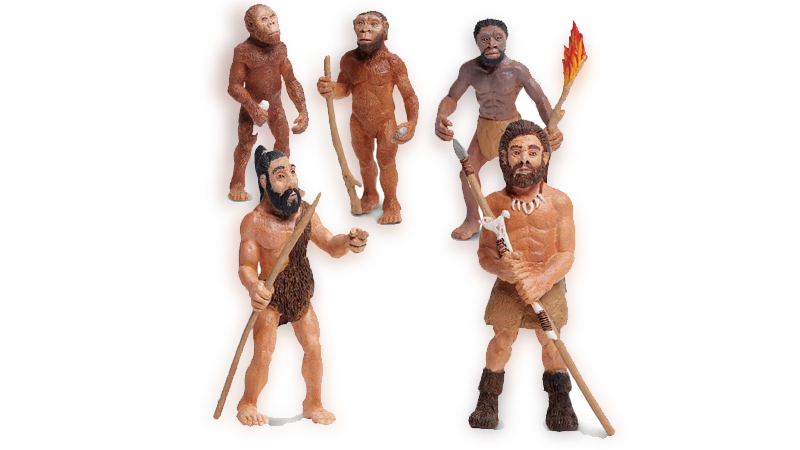 Human beings have come through numerous stages to form their actual shape in the present era. The last few stages were greatly researched by some great scientists all over the globe to get familiar with how human beings came in their current shape.

As science believes in factual things, they went through a great research and after confirmation of each step, they unveiled their findings to the world.

About 3.8 million years ago, certain molecules combined to shape particularly large and intricate structures known as organisms. Organism belong to the species “Home sapiens” to form even more elaborate structure called culture. The development of these cultures is called history. History of humankind began from three important revolutions which are commonly known as; cognitive revolution, the agricultural revolution and scientific revolution. These had some numerous effects on humans and their fellow organisms.

Animals, much like modern human beings, first appeared about 2.5 million years ago. These were insignificant animals with no strong impact. Many sociologists, by now, give the meaning of human as ‘an animal’ which belongs to the genus ‘Homo Sapiens’ that means ‘a wise man’.

Humans have extraordinarily large brains, the scientific researches proved. It consoles 25 percent of energy when body is under rest. In the initial stage they took a lot of time for the search of food, like a government diverting money from defence to education, humans diverted energy from biceps to neuron. The more things these hands could do, more successful their owners were, so evolutionary pressure brought about an increasing concentration of nerves.

Homo sapiens came from East Africa and spread from there to Middle East; later on it spread all across Europe and Asia. Finally they had their appearance in Australia and The United States of America (USA). They continued to gather plants and watered them which was a revolution in the way human lived the agricultural revolution. Today scholars agree that agriculture sprang up in other parts of world by revolution. By the first CE vast area people through the world were agriculturists. In adding the new agricultural tasks demanded so much time that people were forced to settle near their fields. In the year 1500, there were about 500 million Homo sapiens in the entire world. Today there are seven billions. In 1500 humanity consumed about 13 trillion calories of energy per day.

During scientific revolution, mankind attained enormous new powers by investing resources from scientific researches. Even science needs more than just research to progress. It depends on the mutual reinforcement of science, politics and economies.

Science can better explain what exists in the world, how things work and what might be in the future. In the last 100,000 years, at least six human species inhabited the Earth which was discovered by scientists. Today, there is just one left which is reckoned as Homo Sapiens. There may appear some other facts of how human beings had come into the world and how they performed each assigned roles they received. Scientists, for sure, deserve great appreciation for showing us the real stages of human beings which can help us think.

The writer is a student and can be reached at nazeenkkursheed@gmail.com