Pakistan sends dossier to UN on ‘eco-terrorism’ by India 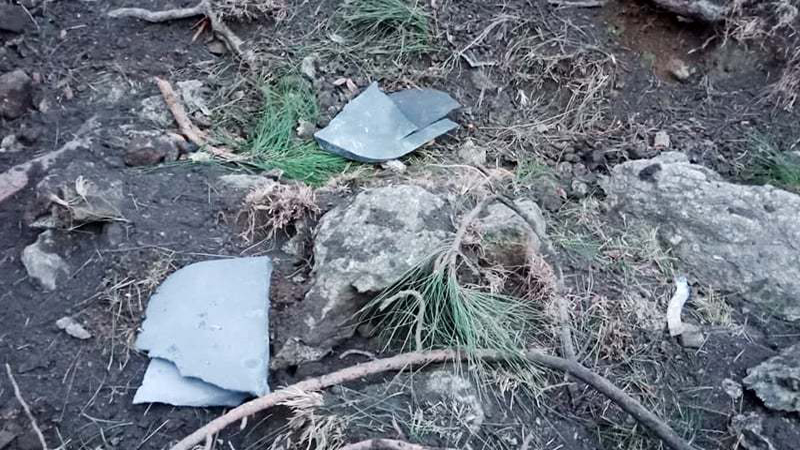 Pakistan on Friday submitted a demarche to the United Nations, urging the world body to declare India an ‘environmental terrorist’ for bombing trees and harming animals on its soil, a private TV channel reported.

The move comes after Indian jets carried out a botched air strike in Balakot area last month, leading to heightened tensions between the two nuclear-armed states. “On February 26, Indian Air Force planes dropped payload shamefully on Pakistani forests and tried to damage the country’s environmental assets in the attack,” said the official complaint lodged with the United Nations Environment Programme (UNEP) against what it described as India’s ‘strike against nature’ on the Pakistani soil.

A letter, penned by Advisor to Prime Minister on Climate Change Malik Amin Aslam Khan, apprised the global authority of the facts surrounding the illegal incursion into Pakistan by the Indian Air Force and the resultant damage to natural assets. According to the demarche, the payload dropped by Indian military aircraft fell into an area which is a forest reserve enjoying legal protection under Section 20 of The Khyber Pakhtunkhwa Forest Ordinance, 2002. “Damage caused to such a forest is punishable under Section 26 of the law, which entails imprisonment of up to two years with a minimum of one year imprisonment if the damage exceeds a value of Rs100,000,” it read.

The letter also sought to highlight that the impacted forest area was an enclosure in the ongoing Billion Tree Tsunami (BTT) project of the KP government, which has successfully restored 600,000 hectares of forest area thus far. “The BTT project has received global recognition by international environmental bodies, including the International Union for Conservation of Nature (IUCN), the World Wide Fund for Nature (WWF) and the World Economic Forum (WEF). The BTT initiative under the Global ‘Bonn Challenge’ became the first entity to have met its target,” the demarche added.

The letter notified the UN that an expert group was tasked by the Ministry of Climate Change with carrying out an independent ‘Natural Resource Damage Assessment’ of the impacted site. The expert group included technical hands from international organisations, including the IUCN and WWF. “A ‘brazen attack’ by India on one of the country’s most precious and prized natural assets cannot be considered anything short of ‘eco-terrorism’, which is defined as the ‘destruction or the threat of destruction of the environment by states, groups, or individuals in order to intimidate or to coerce governments or civilians’ by Encyclopedia Britannica,” the letter read.

The demarche also cited global norms such as the Rome Statute of the International Criminal Court, particularly Article 8 (2)(a)(iv) as well as Article 8 (2) b (ii) and (iv) which, when read together, constitute the perpetration of the act as a serious ‘war crime’. “Furthermore, according to Articles 35(3) and 55(1) of Protocol 1 of the Geneva Convention of August 12, 1949, warfare that may cause widespread, long term and severe damage to the natural environment and attacks against the natural environment during warfare are clearly prohibited. The globally accepted conventions stand openly breached by this Indian incursion,” the PM’s advisor argued in the letter.

“Quite clearly, India chose to surgically target Pakistan’s natural assets in an area of global natural significance. These pristine protected areas were subjected to an aggression which is against the spirit of valuing nature and for which the entire planet is in unison for protection,” the letter noted. “Pakistan’s environment was the silent victim of this insanity and aggression, which questions India’s commitments and obligations under various international conventions,” the letter firmly stated.

Pakistan sought the following actions for redressal, “1. This strike against nature be ostracised and condemned across the global community which values nature. 2. The person who authorised this illegal act, Narendra Modi, be stripped of the ‘Champion of Earth’ title bestowed upon him by UNEP, as his actions clearly contradict his ‘green’ rhetoric.”