Drug addiction on the rise — are Pakistanis dying slowly?

* According to reports, 78 percent men and 22 percent females are addicted to drugs in the country 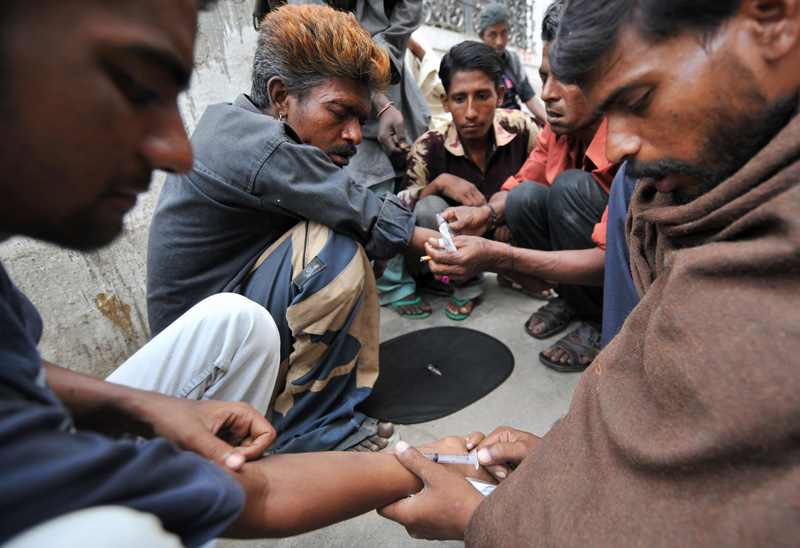 Drug addiction continues to rise among the people in Pakistan. For the last 20 years, drug production and addiction has increased rapidly. Experts have estimated that drug addiction is caused by many problems including poverty, illiteracy and lack of basic healthcare. In recent days, drug abuse is growing highly in Pakistan and South Asia. The countries Bangladesh, India, Nepal and Maldives are facing the same problems, but Pakistan is the biggest victim of drug trade in South Asia. Pakistan is also having the largest heroin customers’ network in the Southwest Asia region.

According to reports, 78 percent men and 22 percent females are addicted to drugs in the country. Even the women are following men and using drugs which are very harmful for their health. Mostly the drugs users are between the ages of 25 and 39. Men are using cannabis and opiates. Around 430,000 people are estimated to be injecting drugs in the country. As many as 4.25 million individuals are thought to be drug dependent and are in dire need of personnel treatment. If they would not be treated immediately, they can lose their lives.

Export of heroin from Pakistan increased in the 1980s, and then it simply spread from there. Before this, during the 1970s, drugs were virtually unknown in the country. Today, Pakistan is the main exporter of heroin and is fast becoming a net importer of drugs also.

South Asian countries have now established many laws to restrain drug addiction in order to protect people. In Pakistan, these organisations are also working to fight against this growing problem. In the last two decades, these organisations have failed to finish off this menace. This shows the failure of these organisations which are not putting in as much effort as its required. The issue has been discussed by the United Nations’ (UN) Commission on narcotics for the safety of millions of lives. 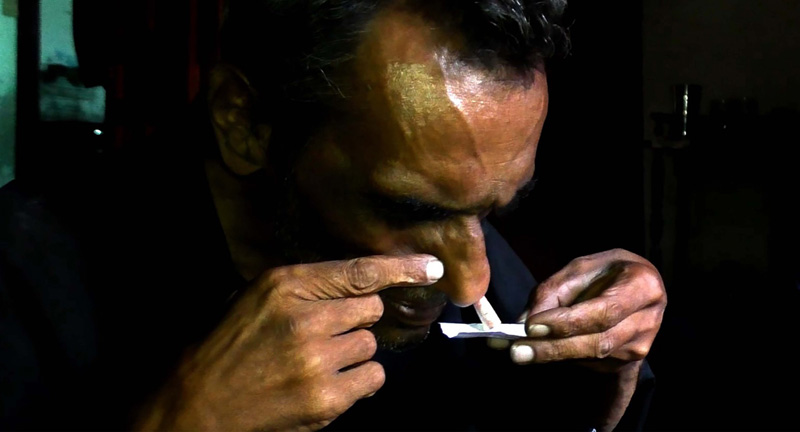 Although, UN is working for eradicating drug addiction, it has so far failed. Drug users are present in various part of the world, so it’s a major challenge for the UN.

Unfortunately, these countries are not taking advantage of opportunities to eradicate this menace. Funds released by the UN to tackle this issue are utilised elsewhere and safeguarding precious lives is the least of their concern.

Export of heroin from Pakistan increased in the 1980s and then it simply spread from there. Before this, during the 1970s, drugs were virtually unknown in the country. Today, Pakistan is the main exporter of heroin and is fast becoming a net importer of drugs also

Drug addiction leads to several diseases like HIV/AIDS, hepatitis B and C, tuberculosis, suicide, overdose and cardiovascular diseases. Drug users are often drug traffickers as well and are the main reason for many crimes. The police has totally failed to prevent people from taking drugs. Even when the police arrests them, they are later released on bribe money. Due to this, drug users are growing highly in our country and criminal activities are on the rise. The police is to blame equally for this.

The concerned authorities should launch campaigns in various parts of the country including schools, colleges and universities to highlight the dangerous effects of drug addiction. Every person should be aware about the pros and cons of it. Public awareness campaigns should be run on televisions and on radios and more and more recreation facilities should be produced to take the youth off drugs.