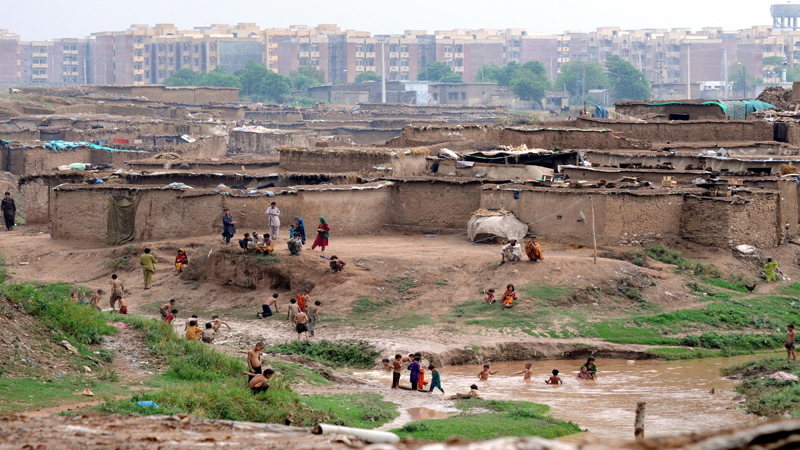 Cities and especially the big metropolitan cities always carry certain attractions for the dwellers of suburbs and villages. This is supplemented by the availability of better education, health and employment facilities and opportunities in urban areas. According to demographers, there are basically three major components of bludgeoning urban growth ie rural to urban migration, transformation of previously non-urban areas into the urban one and rapid population hike – the third one being the strongest of all.

Pakistan has experienced browbeating increase in the urban population in last two decades. According to the official data, urbanisation rate in Pakistan is the highest in the entire Asian region. The urban population has risen from 17 percent in 1951 to 37 percent in 2010 and to 39.7 percent in 2017 with annual rate of urban change at 2.77 percent. The experts predict that 50 percent of the population will be living in cities by next 10 to 15 years.

The rise of urban population in Pakistan is triggered by the blustering population growth. Due to certain social and cultural taboos and lack of awareness of the birth control tactics and contraceptives, our population have soured up to the breaking point. The stats of the latest census depict an alarming picture and the experts and state is alarmed. Former chief justice of Pakistan took up the issue at the mass level by organising a full-fledged conference involving all stakeholders.

When there are more children in the rural areas, there is more uneducated and unemployed youth who eventually move to cities in search of bread and butter. Thus, the cities are expanding horizontally and with it the quality of life is going down day by day. This high rate of urbanisation has many hazards including poor quality food, contaminated water, less space to live and commute, traffic mess and outburst of serious healthcare problems.

The rise of urban population in Pakistan is triggered by the blustering population growth. Due to certain social and cultural taboos and lack of awareness of the birth control tactics and contraceptives, our population has soured up to the breaking point

Around 35 to 50 percent of the urban population still lives in Katchi Abadis. In Karachi, there are 500 such informal settlements, with more than 300 in Lahore. As per the estimates, by 2025, Lahore’s population, currently about 11.12 million, will reach to 12.13 million. Karachi’s will be 17.12 million where it is 14.91 million today. According to a report by the International Union for Conservation of Nature, urbanisation in Sindh is a major environmental issue, as 48.9 percent of the province resides in urban areas. Karachi alone contains 63 percent of Sindh’s urban population.

The hike in street crimes is just another consequence of the mass migration of the youth to the big cities. People coming to cities with low or no skill and education are usually unable to find reasonable labour while the expectations of their families back in villages are higher. This pushes them to resort to shortcuts and they commit crimes.

The solution of all these challenges lies with the population control first of all. The government, the clergy and the healthcare professionals need to make the people realise the menaces linked with this much hike in the head count. The next step is rural development. So far, all governments have focused on developing big cities while the villages struggling for even basic life amenities. The decentralisation of power and infrastructure is necessary to contain urbanization. The third step should be vertical expansion as there is in Dubai or we can follow the American model of small and restricted communities. This will not only save the fertile land for agriculture but also accommodate more people while keeping the roads wider and environment cleaner.

The time to act is now. If the current rate of population and urbanisation sprawl is not checked, all of us will suffer serious consequences in next two decades.

The writer is a social entrepreneur