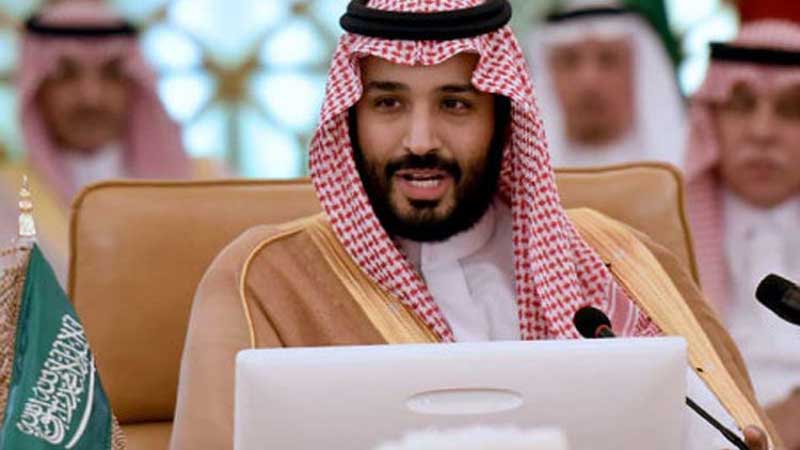 Pakistan and Saudi Arabia are knotted in everlasting relationship as spectrum of Pak-Saudi Arabia relations is neither of political nor diplomatic but based on the ideology of faith and belief. This foundation of brotherly relations between Pakistan and Kingdom of Saudi Arabia was laid first when Shah Sahood (Son of Founder of Saudi Arabia Shah Abdul Aziz) arrived first in Karachi with his elder brothers. With the passage of time, this brotherly relationship of affection and respect turned so powerful and gigantic that any political reshuffling and regime-change can’t undermine this understanding and brotherly friendship. It is on proven record that on the occurrence of Pak-India war, Shah Faisal Shaheed has categorically announced that, “We will live on dates and water but will not compromise on security and stability of Pakistan”. History witness to this fact that whenever; Pakistan had to face any disaster alike severe earthquakes, floods or any other natural calamity, it is Saudi Arabia, which comes to rescue Pakistan like an elder brother and stay united with people of Pakistan in every thick and thin.

With grace of Allah Almighty, today Pakistan is a nuclear power, and the jubilations which were made in Saudi Arabia on that instance when Pakistan became first Islamic atomic power were exemplary in all over Muslim world. Back in 1999, when Pakistan tested its nuclear capacity, the entire world including US and UK moved to put sanctions against Pakistan, even at that time, it was solely Saudi Arabia, which came forward and supported Pakistan with abundance of oil and provided assistance in every field keeping aside all the threats of world community to isolate Pakistan.

Emotions of Saudi leadership and people of Saudi Arabia are on same page for Pakistan and Saudi Arabia considers its relations with Pakistan on the grounds of faith, belief and Muslim brotherhood contrary to conventional definitions of international relations regarding interests and reconciliations. That’s the very reason that in the past regime of Nawaz Sharif, when Pakistan was facing enormous economic turmoil, Saudi Arabia came first to assist Pakistan and deposited $3billion in State Bank of Pakistan in two installments. It is also on the record that during the last regime in Pakistan, conspiracies were hatched to make differences between relations of Pakistan with Saudi Arabia and other Muslim countries but Saudi leadership foiled all such bids. Similarly, Indian lobbies employed every available option to distance Pakistan with Arab countries specifically on the issue of Yemen war. On that eve, Khadim-e-Harmain Al-Sharifain Shah Salman bin Abdul Aziz made it realized on other Arab countries that Pakistan is our Muslim brother country, even whatsoever, if Pakistan had made any wrong, we can’t amputate Pakistan from us.

Saudi Crown Prince Amir Muhammad bin Salman is emerging and making repute as youth’s leader of Islamic world particularly of Arab world. He rejected the allegations of west against Islam and Saudi Arabia regarding extremism and terrorism with practical initiatives and made it realized on the world that extremism and terrorism has nothing to do with teachings of Islam.

Crown Prince Amir Muhammad bin Salman had implored that his heart bleeds when terrorism is being associated with Islam and teachings of Islam. Recent visit of Saudi Crown Prince to Pakistan is under discussion all over the world and world economic experts are claiming that visit of Muhammad bin Salman to Pakistan will prove a milestone to take Pakistan out of prevailing economic and financial crisis. Approximately, 1000 dignitaries of Saudi Arabia are also visiting Pakistan along with Amir Muhammad bin Salman on this visit to Pakistan and Saudi Arabia is going to announce historic investment in Pakistan in different fields of trade and energy. To take Pakistan out of the clinches of IMF, both Saudi Arabia and UAE has already undertaken scores of practical initiatives during last three months. During the first six months of ruling government of Imran Khan, it has become explicit on everyone that differences which were reported between the relations of Pakistan and Arab world are being addressed in an amicable way now. It is also beyond doubt that for the restoration of friendly and brotherly relations between Pakistan and Arab world, endeavours on part of Chief of Army Staff General Qamar Javed Bajwa are very vital and effective. To resolve the prevailing confronting challenges of Muslim Ummah Saudi Crown Prince Amir Muhammad bin Salman is committed and resilient. By inviting US President Donald Trump in Al-Riyadh (Saudi Arabia) in presence of leadership of Muslim world, it was conveyed categorically to world community that Islamic world has nothing to do with extremism and terrorism. After Al-Riyadh summit, US President Donald Trump did not make any statement regarding to affiliate extremism and terrorism with Islam and Muslims, which prove a great success on part of Muhammad bin Salman. Similarly, Crown Prince Muhammad bin Salman has been endeavoring personally very effective role for durable peace and stability in Afghanistan, Yemen, Libya and Iraq.

Palestinian President Mehmood Abbas once talking to this scribe had disclosed that Khadim-e-Harmain Al-Sharifain Shah Salman bin Abdul Aziz and Crown Prince Muhammad bin Salman have personally assured him that Saudi Arabia will accept the same stance for Palestine which will be acknowledged by people of Palestine.

It is also an open secret that in the entire Muslim world; there are only Pakistan and Saudi Arabia who have no diplomatic and trade links with Israel.

Elements which use to make nefarious propaganda against Saudi Crown Prince Muhammad bin Salman are disapproved of peace, stability and prosperity of Islamic world. In a very short span, Saudi Crown Prince Muhammad bin Salman established Islamic Military Alliance in heading of General ® Raheel Sharif, which is proud moment for Pakistan and people of Pakistan.

This military alliance of Muslim world has been constituted to keep check on the menace of extremism and terrorism and to strengthen Muslim Ummah with defense and security perspectives.

This Islamic Military Alliance has been moving ahead in initial phases but leadership of world community is taking this alliance as ‘Muslims’ Nato’.

Similarly, Saudi Crown Prince Muhammad bin Salman has also made it realized on world community that Saudi Arabia has nothing to do with sectarianism and sectarian violence. Saudi Arabia is center of Muslim unity and millions of Muslim from all over the world gathered in Harmain Al-Sharifain without any distinction to say prayers. In Mecca and Medina, millions of Muslims gathered on the eve of Hajj and Umrah, where no one asks them about their creed and sects.

On the eve of Hajj Muslims gathered in Mana, Arafat, Muzdalfa by reciting the ‘Kalima’ of ‘Labbaik Allahuma Labbaik’.

Saudi Arabia has been making an investment of $Six billion in Pakistan to prolong and continue this vision and thinking in Pakistan that Crown Prince Muhammad bin Salman has fixed for Kingdom of Saudi Arabia under vision 2030.