The US initiative for holding peace talks with the Taliban, Pakistan’s use of its influence to bring Taliban on table talks, and the emerging signs of satisfaction from the US and Taliban on positive progress of negotiations are the greatest events of the year evoking a hope for an end to the militancy that has been plaguing the region for the last 17 years.  What led the US to hop on to this new strategy and how the Taliban, quite often accused for conducting terrorist attacks in the country on the behest of Indian and Afghan intelligence agencies, could be influenced by Pakistan to have face-to-face talks with their most hated adversary – the USA, are the questions that deserve a thorough analysis of the events that worked as the main drivers for these new developments.

The year 2014 holds special significance because a number of events of that year played vital roles in determining the fate of the region, some of them are; drawdown of US forces from Afghanistan, CPEC program’s initiation, launch of Zarb-e-Azb and migration of hard-core militants from Pakistan to Afghanistan. The Zarb-e-Azb operation was launched in June 2014 soon after the attack on Karachi Airport and it was further accelerated when the innocent children of the Army Public School in Peshawar were massacred by the militants on December 16, 2014. A month before this attack, the Chinese government had announced its plan for financing Chinese companies as a part of its $45.6 billion projects in Pakistan. Most effective and reliable security assurances were the basic requirements for such a costly project to which the Pakistan Army offered its guarantees.

Would the Taliban, after regaining their power in Kabul, remain content with their achievement or begin spreading their influence in neighbouring countries?

Unlike the previous history of frequent failures, the security operation launched in 2014 went on successfully in the impregnable areas of the South and North Waziristan crumbling down the militants’ hideouts in all those places that were once considered to be their strongholds. A comparatively new era of peace heralded in the region when the Pak Army declared triumphantly the FATA regions as cleared from the militants.  Coincidently, this was the time when the US had already withdrawn most of its forces from Afghanistan leaving a marginal number of them in the country to provide training, advisory facilities to Afghan forces, and conduct occasional counterterrorism operations against the remnants of militants. 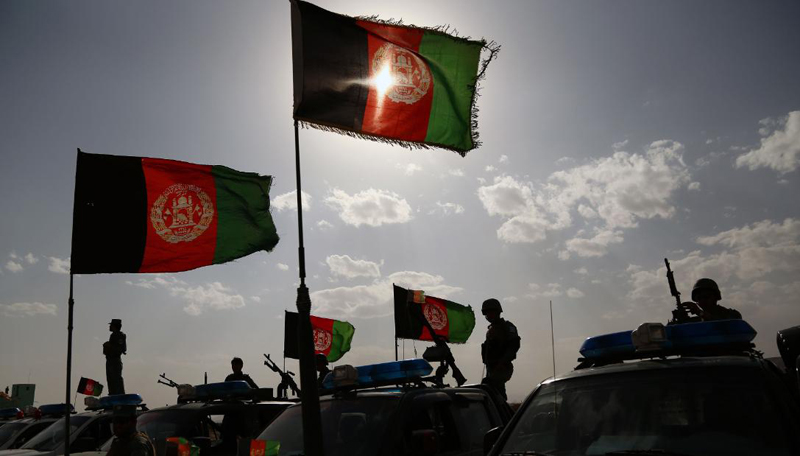 Within two years (2014-15), more than 5,000 militants were reported killed in security operations throughout the country while a large number of them fled to Afghanistan and found refuge in the areas close to Pak-Afghan borders. A sharp decline in the country was the natural outcome of this strategy that brought down fatalities from terrorist attacks to 739 in 2018 from 4629 in 2013. The militants migrated to Afghanistan didn’t sit idle in their newly established hideouts either and continued joining with the Afghan Taliban, forming a most dreaded splinter group of the Tehreek-e-Taliban by the name of Jamat-ul-Ahrar (Khorasani) and frequently storming the Pak Army check posts along the Pak-Afghan border areas leaving hundreds of militants and security personnel dead during 2014-18. Majority of these attacks were carried out in 2014 and 2016 and the number of militants who participated in such cross border attacks were reported to be around 80 to 700. Later, these numbers were dropped to 7 to 10 armed militants showing a change in the strategy of militants.

From May to September 2015, reports of the Afghan Taliban’s persistent attempts to take Kunduz province under their control continued appearing the press. In June 2015, they took over two districts of Kunduz by storming the areas with hundreds of their fighters.  In September 2015, for the first time since the US invasion of Afghanistan in 2001, the Taliban recaptured Kunduz city with 2,000 of their attackers forcing 3,000 Afghan troops to hunker down. It was the greatest victory of the Taliban after US pullout of its combatant forces from Afghanistan. Although the Afghan forces managed to retake the control of Kunduz after launching a counter offensive with the support of airstrikes by the US forces, the Taliban continued their offensive drive and by the end of 2018 they were reported to have had about 70pc of Afghanistan under their control or influence.

The writing on the wall for the US and NATO forces in Afghanistan was quite visible: After spending trillions of dollars to wipe out the Taliban and train the Afghan forces to fight against the militancy on their own, the results remained unsatisfactory.  A recent report in The New York Times revealed that despite an increase in the US airstrikes by 40 percent in 2018, no drop in the Taliban offensive could be achieved as they inflicted 30 deaths a day on Afghan forces in recent months. Bill Roggio, the editor of the Long Wall Journal, summed up very well this situation in these words, “The Taliban doesn’t have an air force. They do quite well without it.” It is an admission of a mystery that surrounds the militant outfits operating in Afghanistan and Pakistan. With no visible source of income, strategic support, and supply-chain mechanism they manage to survive, sketch out plans, and execute their attacks with hundreds-to-thousands of fully armed militants that quite often if not always emerge victorious against a force that is visibly supported by billions of dollars, high-level trainings, and equipped with the latest weaponry.

With these successes in their bags, the Taliban now appear to have a greater leverage against the ruling government of Afghanistan. The way the Kabul government was ignored by the Taliban during recent negotiations with USA made the Afghan government look like a weakest link of the ongoing peace process and the position of India is no different either.  Quite contrary to all previous criticisms, Pakistan has now emerged as one of the strongest links of the peace process and all the players of Afghan peace process know that the Afghan Taliban owes a lot to Pakistan’s hospitality. The former and current chiefs of Afghan Taliban, Mullah Akhtar Mansoor (died in a drone attack in Pakistan) and Maulvi Haibatullah Akhunzada, were residing in Pakistan before assuming this position. Mullah Baradar, who is now leading the peace negotiation on behalf of Afghan Taliban, was also released by Pakistan government as a good gesture to help the peace process succeed. It’s a great gamble that is being played by all the contenders in the hope of bringing a lasting peace in the region amid multiple challenges of incompatibilities posed by the several key players of the game. The most troubling question for the regional countries is, “Would the Taliban, after regaining their power in Kabul, remain content with their achievement or begin spreading their influence in the neighbouring countries?”