* Would have registered cases against witnesses but not a ‘normal’ case
* The beauty of a Muslim community is that non-Muslims are taken care of: CJP 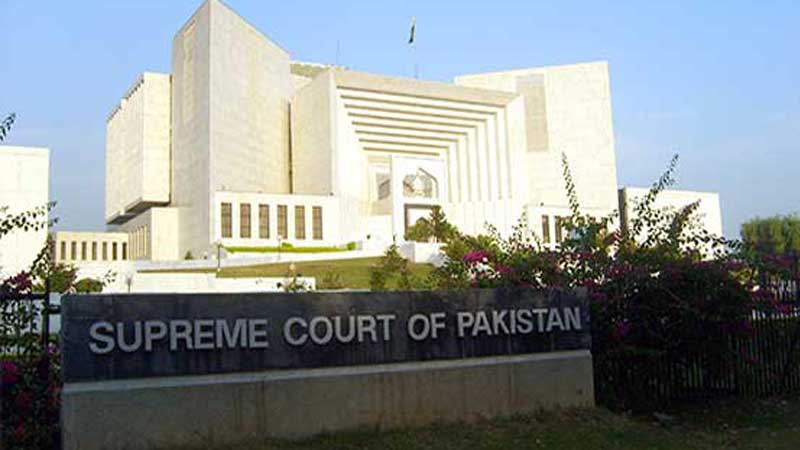 “On merit, this petition is dismissed,” said Chief Justice Asif Saeed Khosa, who headed a three-member bench with Justice Qazi Faez Isa and Justice Mazhar Alam Miankhel. “You could not point out [even] a single mistake in the Supreme Court’s original judgment,” the top judge told the petitioner’s lawyer.

The review petition had been filed by Qari Saalam through his lawyer Ghulam Mustafa Chaudhry.

As the hearing started in the afternoon, the petitioner’s lawyer presented his arguments before the bench, demanding that a larger bench be constituted for the review petition which should also include Islamic scholars. “How is this a matter of religion?” asked the chief justice. “Has the verdict not been given on merit?” he asked. “The verdict was given on the basis of testimonies; does Islam say that one should be punished even if they are found not guilty?” he further asked. “Prove to us what you believe is wrong with the verdict,” he told the petitioner’s lawyer.

When the lawyer pointed to the verdict mentioning ‘burden of proof’ being on the petitioner, the judge asked, “Do you disagree with this rule?” “The verdict did not take into account some views of the witnesses’ testimonies,” argued the lawyer. “If a testimony isn’t further examined [by the lawyers], it is understood to be true. You should talk on the merits [of the verdict],” the top judge remarked. “The beauty of a Muslim community is that non-Muslims are taken care of in it,” said the chief justice while addressing the lawyer.

“First talk about the merit and tell us where the flaw is. First tell us where the testimony was read incorrectly [by the court]. What Islam says about it will be discussed later,” the chief justice said. “Islam says that the person testifying should be truthful, even if speaking the truth means implicating your loved ones. If we have not read the testimony correctly, we will rectify it immediately,” he added.

“An FIR lodged five days after an incident is suspect,” said Justice Khosa, while referring to report lodged in the case and which formed the basis for Asia’s prosecution. He added that testimonies also differed in their account regarding the size and the place of the crowd which had gathered following the blasphemy accusation.

“You are saying that Asia said this [alleged blasphemous words] while addressing 25 people. Was she addressing a jalsa [rally]?” the chief justice remarked. “In front of the investigation officer, the women said that no dispute had occurred between them,” he noted. “This case did not have as many honest witnesses as it should have had,” he observed.

The lawyer countered that late registration of an FIR does not necessarily mean ill intention. “Should we then hang an accused on the basis of such testimonies,” questioned the chief justice. “We are hearing the case at length for the satisfaction of those who issue fatwas even without reading the verdict,” he said.

Justice Khosa asked the complainant’s counsel to assist in deciding what should be the punishment for those witnesses who made the false statement. He said that under the law, the false witnesses in such cases should be awarded life imprisonment after a summary trial. “Had this been a normal case, we would have registered cases against the witnesses … we have shown a lot of patience,” he said.

“I am really gratefully to everybody, now after nine years it is confirmed that I am free and I will be going to hug my daughters,” a relative quoted Asia Bibi as saying, while speaking to an international media outlet on the condition of anonymity fearing for his own safety.

A day earlier on Monday, the capital administration made stringent security arrangements, including the deployment of paramilitary troops in Islamabad’s sensitive areas.

The 51-year-old Christian woman was on the death row since November 2010 after she was convicted on charges of committing blasphemy during an argument with two Muslim women. Her case gained prominence after then Punjab governor Salmaan Taseer pleaded for a retrial of her case and was subsequently shot dead by one of his guards, Mumtaz Qadri, in January 2011.

After her release from Multan’s women prison on November 7 last year, Asia Bibi was flown to Islamabad onboard a special aircraft. She was then taken to an undisclosed place amid tight security. Authorities have since then remained tight-lipped about her movement and whereabouts for security reasons.