Devolving hospitals and the spirit of 18th Amendment 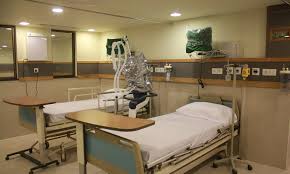 The Supreme Court recently rejected the Sindh Government’s claim on three Karachi hospitals and devolved them, along with Shaikh Zayed Hospital in Lahore, to the federal government. Prior to the 18th Amendment, healthcare was present in concurrent list meaning thereby that both federal government and provinces could legislate on it and, in case of conflict between the federal and provincial law, the former prevailed over the latter. However, after the 18th Amendment, the concurrent list was abolished by Article 277 AA (8) (9) of the Constitution. Now, the federal legislature can only legislate on subjects present in the federal legislative list (FLL) and all the residuary powers rest with the provinces. This means that a subject can now fall in either the federal or the provincial domain but not in both at the same time.

While the outcome of SC’s decision may be correct, the interpretive rules laid down in the process of reaching the conclusion is the cause of grave concern, for they can undermine the very spirit and purpose of the 18th Amendment.

The actual spirit of the 18th Amendment was to empower the provinces by giving them some of what was previously with the centre and we have seen that subject of public health and public hospitals has throughout our legislative history remained exclusively with the provinces.

Although detailed judgment is yet to come, the reasoning adopted in the short order is sufficient to make us cautious for a couple of reasons. First, it is written in the order that “the power of the Federation to set up, run and operate projects including hospitals and related research facilities where enforcement of fundamental rights is involved is an obligation of the Federal Government under the Constitution. In the instant case, enforcement of the right to life is involved which is one of the most fundamental of the fundamental rights. To curtail or circumscribe the power of the Federal Government to enforce Fundamental Rights guaranteed by the Constitution would be anathema for the concept of Federalism.” According to this rule, more health institutions along with other institutions – such as educational institutes – can possibly be devolved to the federal government in the name of the enforcement of fundamental rights, for critics of the 18th Amendment particularly disapprove the devolution of the education sector to provinces.

Secondly, if the enforcement of fundamental rights is an obligation imposed on the federal government by the Constitution, then equally, it is the Constitution which has abolished concurrent list and strengthened the devolution of healthcare to provinces after the 18th Amendment.

Thirdly, order reiterates that “the performance of its positive obligations under the fundamental rights, for example, right to life, prevention of slavery, forced labour, human trafficking, etc. constitute a “purpose” of the Federation for which it can carry out projects throughout Pakistan. For the performance of the said purpose, it is not necessary to look into the legislative list when the main body of the Constitution provides the requisite powers.” The federal government can clearly carry out projects anywhere in Pakistan but that would be subject to provincial laws.

This raises a germane question as to when these institutions get devolved back to federation, how National Assembly would legislate on the subject of health care if it is required to secure the effective enforcement of a fundamental right as Article 142(c) clearly prohibits the parliament from legislating on the subjects not mentioned in the federal legislative list? This question becomes more pertinent because of the fact that the SC has devolved some of the health institutions to the federal government and not the complete healthcare. Also, how come both the parliament and provincial assemblies can legislate on the same subject after the 18th Amendment?

Ironically, the problem is with the cases on which the SC relies, for instance, at the start of last year, the SC while hearing the dispute – in Sui Southern Gas Ltd v. Federation of Pakistan – that arose when the federal legislation enacted the Industrial Relations Act, 2012, to regulate trans-provincial labour disputes and the formation of trade unions across provincial lines. The question before the Supreme Court was whether this was a valid piece of legislation considering that the subject of labour and the formation of trade unions had been devolved to the provinces? The SC answered in affirmative by relying on a case that was from pre-18th Amendment era.

However, in the instant case, the SC has referred to a post-18thAmendment case but the problem is that the case – Province of Sindh v. MQM – on which the SC has relied to deduce the rule – it is not necessary to look into the legislative list when the main body of the Constitution provides the requisite powers – belongs to a different historical setting. Province of Sindh v. MQM suggests that there are provisions in the Constitution qua which there is no corresponding entry in the federal legislative list, for example, article 6 clearly provides that parliament will pass the law for high treason. But there is no corresponding entry in the 4th schedule prescribing the subject of high treason in the federal legislative list. Article 142 (c) could not be pressed into service to say that since the 4th schedule is silent, in terms of article 142(c), the provincial legislature would legislate in respect of high treason. This means that only federal legislature would enact laws for high treason but this judgment nowhere denotes the possibility of legislation by the centre and provinces on the same subject. This fact has largely been ignored by the SC while ordering the devolution.

Therefore, this decision can have serious implications, for it is clearly not in the line with the very spirit of the 18th Amendment and would help the centre to claw back some of the powers devolved to the provinces and dilute the provincial autonomy which must be preserved