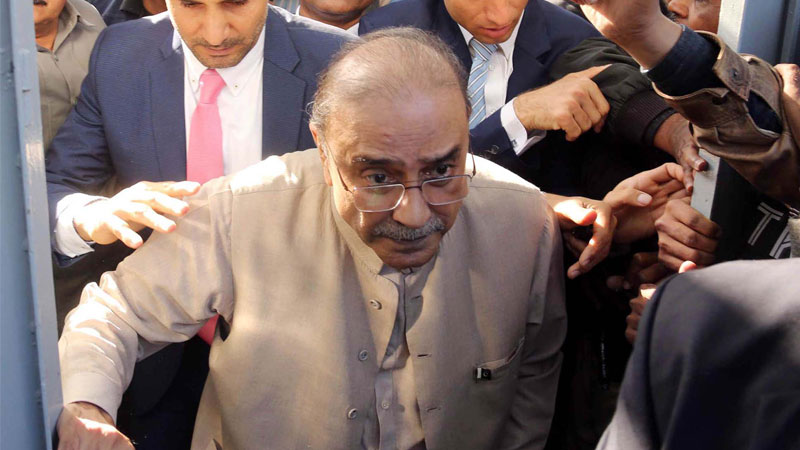 A banking court in Karachi on Wednesday extended the interim pre-arrest bails of Pakistan People’s Party (PPP) co-chairperson and former president Asif Ali Zardari and his sister Faryal Talpur till February 14 in a case pertaining to alleged money laundering of billions of rupees through fake bank accounts. A Federal Investigation Bureau (FIA) prosecutor told the court that the joint investigation team (JIT) has been probing into the accusations while the case is being handed over to the National Accountability Bureau (NAB), and subsequently asked the court to halt the proceedings on bail until final investigations are concluded. The defence pleaded with the court for the bails of Anwar Majeed and Abdul Ghani Majeed, and argued that the FIA should be ordered to submit a final challan in the case. Subsequently, the court extended the siblings’ interim pre-arrest bails and adjourned the case. Zardari and Talpur are being probed as part of an investigation into a fake bank accounts case in which billions of rupees were allegedly transferred.