The American people deserve better. Only the willfully blind – or politically blinded – could fail to see the scope and scale of this crisis.

America has a national security and humanitarian crisis at our southern border, and President Donald Trump has promised to end it. We’ve already taken important steps, but rather than work with us to make further progress, Democrats in Congress have refused to compromise on the wall, leading to the longest government shutdown in U.S. history.

The American people deserve better. Only the willfully blind – or politically blinded – could fail to see the scope and scale of this crisis.

The facts speak for themselves. Over the past three months, an average of 2,000 illegal and inadmissible migrants have arrived at our southern border every day. Today, the majority of illegal immigrants encountered by Customs and Border Protection are families and children. Last month, CBP apprehended nearly 40 percent more unaccompanied children and groups claiming to be families than in May 2014, which President Barack Obama described as a “humanitarian crisis.”

Then, as now, the flood of illegal traffic brings with it a deluge of drugs, criminals and violence. Over the past two years, CBP has arrested thousands of criminals at the southern border. In 2018, across the entire southwest border, CBP also seized over 827,000 pounds of drugs, including more than 100,000 pounds of cocaine, methamphetamine, heroin and fentanyl, primarily at points of entry. 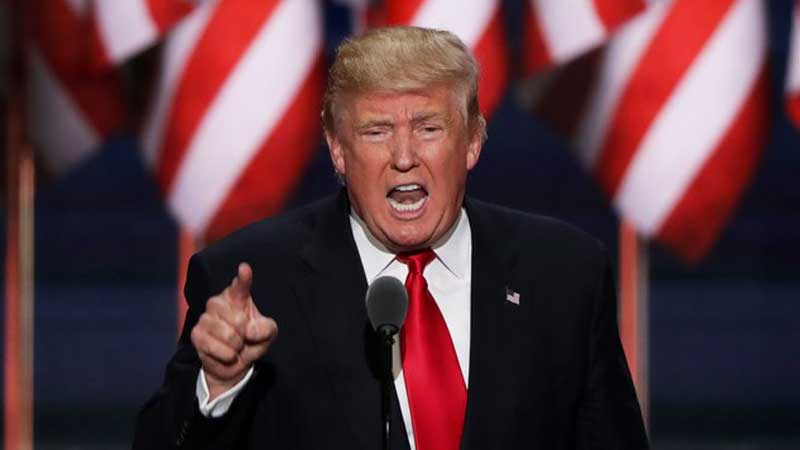 These criminals and these drugs shatter American homes and steal American lives. Our hearts grieve for the families of the 300 Americans who die every single week from overdoses involving heroin, nearly 90 percent of which enters the country from across our southern border.

And it’s not just Americans who suffer. According to Doctors Without Borders, 70 percent of illegal immigrants report being victims of violence along the journey at the hands of human traffickers, drug smugglers and vicious gangs. About a third of women are sexually assaulted on their way to America.

The courageous men and women of law enforcement are fighting tirelessly to protect our nation from these threats and rescue migrants in danger. They also face serious hazards themselves. Assaults on CBP officers increased by 46 percent in 2017, and attacks on Immigration and Customs Enforcement officers are at their highest level in seven years.

It’s time for Democrats in Congress to do their job, negotiate in good faith, and reach an agreement that ends the humanitarian and security crisis at our border and reopens the government. The American people deserve nothing less

The American people caught a tragic glimpse of this danger the day after Christmas, when a police officer in California – a legal immigrant – was murdered by an illegal immigrant.

President Trump and I recognize that border security is national security. That’s why this president has made it a priority to end this crisis, secure our border, build a wall, and protect the American people.

Since even before this partial government shutdown began, our administration has attempted to work with Democrats in good faith. Last week, we proposed a compromise that contains both Republican and Democratic priorities, including the president’s request for $5.7 billion to fund a steel barrier on the southern border and more than $7 billion to address a wide variety of security and humanitarian needs, many of which have been long supported by both parties in Congress. But the American people deserve to know: Democrats refuse to negotiate on building the wall.

Even as we face a crisis on our southern border, and as 800,000 federal workers go without paychecks, Democrats in Congress have been unwilling to seriously discuss even partial wall funding. President Trump and our administration will not be deterred by the Democrats’ obstruction. The American people want to see action, and we intend to deliver.

It’s time for Democrats in Congress to do their job, negotiate in good faith, and reach an agreement that ends the humanitarian and security crisis at our border and reopens the government. The American people deserve nothing less.