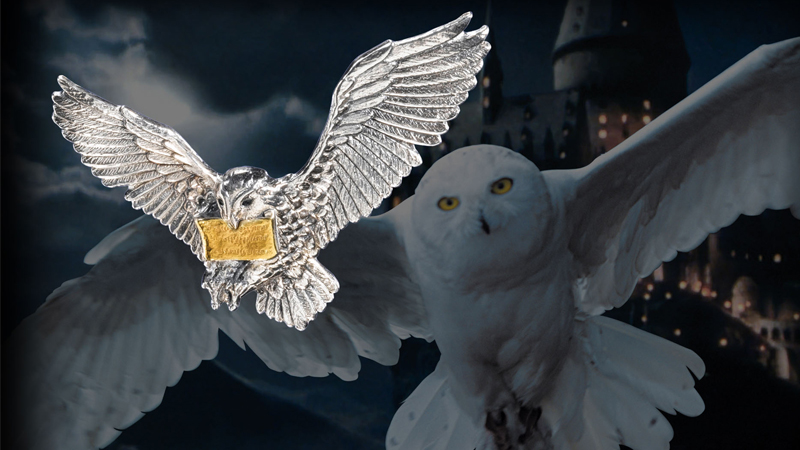 J K Rowling discovered Hedwig from the core of obscurity and lifted her to the pinnacle of glamorous showbiz. Hedwig took five years to master her celebrity status; her fame was phenomenal after several performances in the Harry Potter films. Elders of white cranes, waterfowls, sandpipers, geese, pelicans and rooks suggested something more exciting for her. They approached her to lead them on the annual aviation adventure into Pakistan’s Tanda Dam. She honoured the offer and decided to fly through the fabled green flyway.

“You represent innocence, only you can lead the new and old generations in the pilgrimage to Pakistan”, clans’ heads requested her unanimously. Hedwig was on a retreat in her hometown of Siberia’s Oymyakon’s hamlet. Her forthcoming shooting was scheduled after spring. She was here to revamp her birthplace. Her fortunes had rocketed; royalty from films and books were copious. It was the first half of September. Hedwig knew that soon Oymyakon would be the world’s coldest village and Oymyakon’s Indigirka River would soon freeze, metamorphosing into children’s playground. From Siberia to Tanda they have had to cover 5000 kilometers. One day at noon Hedwig advised new entrants of cranes and pelicans that they should not worry about the vastness of distance, the harshness of the climate and the dangers of hunting during travel. Hedwig had once read in UK that Tanda destination was the safest sanctuary in the whole empire of migratory birds.

Hedwig agreed to lead spirited ten thousand pilgrims to Pakistan. Even before acting in J K Rowling’s films, Hedwig had travelled through this green route. This year pilgrims were far lesser in numbers than last year. Yet green flyway was safer than other routes. Many geese and waders of the yellow route did not return to their homes in last year. Hedwig during a night meal suggested to flying fellows to reroute through Ramsar, Iran. At Ramsar they made a stopover for three days and paid homage to the first ever convention on wetland specified for migratory birds. They had a lot of reverence for the Shah of Iran. The shah had convened the Ramsar conference in 71, putting all his energy to outlaw the hunting of migratory birds. Local newspapers, radio and TV channels gave huge coverage to the stay of the birds at Ramsar. One reporter wrote that birds were paying homage to Shah whom the current regime despised. Common citizenry ignored the correlation. No one harmed any guest birds. Hunters always respected the sanctity of the Ramsar. Hedwig thanked the land of Ramsar and its inhabitants before navigating to Pakistan. After the five days journey they crossed into Pakistan. One pelican asked Hedwig about the shining and winding long hedge cascading among the mountains. He explained that the fence was erected by Pakistan to secure its territory from invaders. Are we invaders? Asked another curious pelican. Rest assured we are not trespassers that is why the fence has not been raised so high, Hedwig explained forcefully by peeping at the fence. If we fly we can cross another similar structure to enter India. The fence is still seven hundred kilometers away from here. And there we will be invaders or not? A crane that was silent for long enquired from Hedwig. Well India is going to have its general elections next year so at that time we cannot trust the incumbent government. The Indian prime minister has no sympathy for our community. We are a minority and minorities have been cornered in India for over a couple of years now. We will visit Ganges after next year’s election. 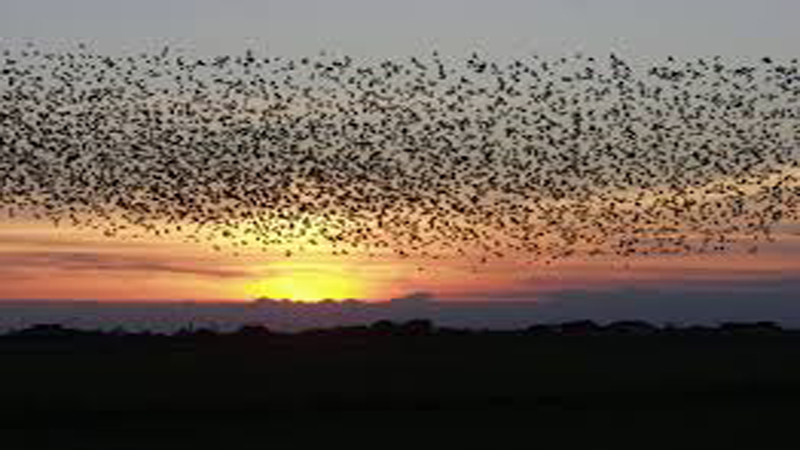 The older crane intervened in the debate and advised them to concentrate on Tanda to set new year’s resolution for the safety of the community. Hedwig agreed too and continued the flight till they all safely landed at Tanda Dam. Tanda was a vast panorama of multiple beauties, surrounded by green mild height hills.

Its water was green. Touring birds loved to eat Chasmanthium Latifolium’s spikelet flowers and slender arching branches, while the pelicans loved the strawberry trees. Native white crowned sparrows, song sparrows and eagles welcomed guests and made testimony on the safe stay of the visiting fraternity. Cranes cherished wild sunflowers on the banks and in the surroundings of the dam. Hunting was officially banned for time being and birds noticed number of wildlife guards eager to catch any lawbreaker. No one came to hunt the guest birds. Acorn eating crows and jays were in abundance. Their precipitous presence suggested plentiful of food. Local downy woodpeckers remained busy in eating sprawling pine seedlings. Flourish blazing stars gave immense attraction to goldfinch. Hedwig and her fellow birds spent fifteen weeks rejoicing. They were invited for the joint treats by the pigeons, sparrows, doves and crows. They enjoyed by visiting nearby picturesque places, tall trees and growing crops of wheat and barley. Common signing feasts will be remembered for long, one day an elder crane hankered. One night Hedwig announced pack up before sleep and asked her fellows for a departing surprise. Surprise came next morning. Hedwig said that they were issuing New Year’s resolution, which should go down in the history of birds’ rights. Pelican suggested it could be termed the Tanda Dam Declaration. The proposal was cheered and accepted with great delight. Hedwig advised to include local community members to join the declaration. Two white cranes and pelicans invited heads of local tribes. Hedwig walked to the rostrum, quoted Victor Hugo and addressed friends from Oymyakon and native towns: “No power on earth can stop an idea whose time has come”. Hedwig continued: “Friends now we collectively urge the government of Pakistan, the governments of international countries, small and big, prominent and insignificant to stop hunting and killing birds. No one will be allowed to kill any bird at any place, in any position, flying, nestling or resting. If hunting is a hobby for men, they should keep on hunting themselves, already they are in killing spree in many parts of the world”.

Crows stood up and cheered for Hedwig then heads of all clans offered a standing ovation. A wake of vultures joined the congregation later. They appreciated the initiative and shared their own problem of extinction. They had no threat from hunters yet welcomed the move. A white crane cried. Sadly her race had dwindled to fifty percent.

Next morning the governor of the state got notified of the resolution from the press. His school going daughter urged him to adopt the declaration. Moved by the resolve of the birds and of her daughter, he immediately declared a permanent ban on the hunting of migratory and local birds. He confided to his deputy that they were thankful to Hedwig for her electrifying initiative.

The writer is an alumnus of Potsdam Centre for Public Management Germany and of Geneva Centre for Security Policy Switzerland. He can be reached by mzafarhaider195@gmail.com