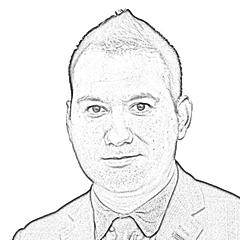 Trail to triumph: China and Forty Years of Reforms

The incredible outcome of the 1978 era can be exemplified from the fact that from 1978-1981, more than 221 million out 250 million were pulled out from the poverty bracket with an astounding rate of 88 percent

Once Napoleon Bonaparte remarked that “When China wakes, the whole world will shake”, a dream that has turned into a reality. Undoubtedly, China has awakened with a big bang by presenting and practising the socio-economic perspective devised by Deng Xiaoping in 1978. Instead of replicating the Western economic tenets of development, China managed to devise and tailor new economic models conducive to its own socio-economic and cultural milieu.

China is celebrating its 40th birthday of the “Reform and Opening up” policy that has proven to be the key to success, glory, and dignity for the last four decades. To say it plainly, China is the only country “under the sun” which has achieved the height of progress and prosperity through aligning reform policies which span a time period of over 40 years and that too without infusing or relying on conflicts or “zero-sum” tactics. This is a miraculous achievement in the history of mankind which also extends a universal lesson that development is not stringed to loot, pillage, and plunder — tactics which have been mostly practised and executed by the hegemonies of the world. China’s “openness” can be summarized in five different eras — 1978-1992, 1992-1999, 1999-2012 and onwards. Thus, the intention behind this writing is to showcase China’s success and its uniqueness by opening-up, and how Xi Jinping has emerged as a protagonist renewing the concept of a “Community of Shared Future” for China and the world at large.

Besides carrying the enduring nature of opening-up, it also effectively ensured that the social equality and equity reach through its trickle-down effects to the masses. Resultantly, China turned around its economy by attaining unprecedented annual growth rate averaging 9-10 percent from 1978 to 2018 making it a real economic powerhouse of the world

Before 1978, China’s policy planners were busy in anchoring political stability, therefore, the socio-economic realm was relatively compromised. There was no attraction of foreign investment and its share of international trading was quite nominal as well. Moreover, the absence of market economic structure was also a significant impediment towards development. However, in 1978, the Chinese economy remarkably triggered by ridding of “backwardness” which ensued massive change across all segments of society. The methods of economic management then planned were based on the following major principles;

(i) performance will be the main consideration in the economic and social advancement of individuals on the basis of their professional skills and achievement of the desired goals;

(ii) planning of future economic development reform will be implemented through respective sector specialists to ensure international standing of China;

(iii) economic cooperation with other countries would be expanded;

(iv) scientific and knowledge-based economy and its implementation will be strengthened to cope with the requirements of modernization;

(v) world’s advanced theories, technologies and equipment would be applied for achieving accelerated production; and

(vi) modernization of agriculture, industry, national defence, science and technology will be given due importance.

While sifting through the years back to 1978, China was at a critical juncture of defining its destiny while confronting mammoth challenges such as the liquidity crisis, unemployment, poverty, hunger and corruption. The “opening-up” was timely formulated to put policies straight with a workable solution which proved to be the real launching pad for China’s looking ahead to deal with the odds at social and economic fronts. This also reflects that the pre-requisite of a visionary leadership is to steer the nation towards the right path to combat its challenges and conquer them while rising from the dust to attain the zenith of success and splendour.

Besides carrying the enduring nature of opening-up, it also effectively ensured the social equality and equity through its trickle-down effects to the masses. Resultantly, China turned around its economy by attaining unprecedented annual growth rate averaging 9-10 percent from 1978 to 2018 making it a real economic powerhouse of the world.

It was not just geographical location and umpteen resources of China but also the dynamic and prophetic leadership which provided the basis for a sustained development backed by social and political structures. In addition to that, the credit also goes to the unflinching determination of the Chinese nation to attain their destiny, and become the marrow of this thriving turn around in the shortest possible time.

The incredible outcome of the 1978 era can be exemplified from the fact that from 1978-1981, more than 221 million out 250 million were pulled out from the poverty bracket with an astounding rate of 88 percent. In the succeeding years, poverty line was further dropped down to 6.5 percent in 2012 which is presently less than two percent of its total population and is expected to be completely scraped out by the year 2020. Such an economic boom based on its premium objective of providing a better life to its people has never been witnessed elsewhere in the world.

In the following year, many other important decisions, including the elimination of bureaucratic and political obstructions, were made to speed up economic growth. For instance, in 1992, China came up with “social accumulation policy” which meant that the major companies and its ownership would be controlled by the state. Then in 1999, “Go Global Strategy” gave an impetus to China’s market economy.

At the heart of this strategy, the epic project of Belt and Road Initiative (BRI), further stimulated China’s openness by sculpting and resurrecting the concept of Globalization and Modernisation through positive, proactive, respectful, diplomatic, agile and inclusive modes of Chinese characteristics of serving developing states all over the world. President Xi Jinping without a shadow of a doubt, is the reincarnation of the great Mao Zedong, the former has emerged as an illuminating symbol for the world to uphold as to how to shed the wicked practices of “protectionism” and embrace the values of growing together.

To say the least, today China has become the hub of FDI while its entrepreneurs are making huge investments across continents that speak volume of the enormous economic outlook at the global level. In summation, the idiomatic words from President Xi Jinping’s speech — delivered at the occasion of celebrating China’s Opening-up on 18 December — shows firm commitment on part of China to the entire world that “development does not pose a threat to any country… no matter how far China develops, it will never seek hegemony.”

The writer works as Deputy Director Media and Publications at the Centre of Excellence for CPEC, Islamabad and is also looking after CPEC Quarterly magazine as the Lead Editor. He can be reached at [email protected]