US Exit Seen as a Betrayal of the Kurds, and a Boon for ISIS 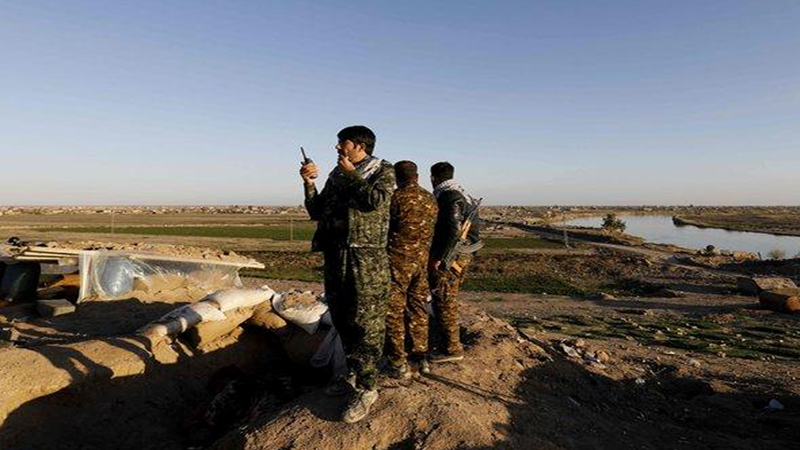 The day that President Trump ordered the withdrawal of American troops from Syria, the Islamic State claimed that it had set off a bomb in Raqqa, the group’s former capital, killing a Kurdish fighter.

It was a small, isolated attack, but the Islamic State’s boast was a canny assertion of the stakes in the American withdrawal — and an indication that the group was looking forward to exploiting a changed reality in Syria.

The United States withdrawal announced Wednesday is seen by analysts as an abandonment of America’s key allies in Syria, the Kurdish-led Syrian Democratic Forces, and a boon for the Islamic State — which still controls territory in southeastern Syria, is believed to still have thousands of fighters there and has continued to carry out attacks.

The withdrawal is also expected to give a green light to Turkey to carry out its threatened invasion of northeastern Syria, a move likely to draw Kurdish forces from the fight against the Islamic State in the southeast.

Whether or not the Islamic State can rebound, after being driven out of most of its territory in Iraq and Syria, for now it is the Kurdish minority that is caught in the middle.

The Kurdish leaders of the Syrian Democratic Forces refrained from reacting to the announced withdrawal immediately, with many saying they were waiting to learn the details.

But Alan Hassan, a Kurdish journalist based in Qamishli, Syria, said the Kurds were simply stunned.

“We are shocked,” he said in an email. “The atmosphere here is so negative.”

Analysts were even less restrained.

AsliAydintasbas, a senior fellow with the European Council for Foreign Relations, said the United States was on the “verge of another historic betrayal of the Kurds,” which could lead to a prolonged battle inside Syria between the Kurds and the Turks, who consider the Kurds a threat to their government.

Joost Hiltermann, Middle East director of the International Crisis Group, said the American decision could be “a disaster” for the Kurdish forces. Without American support, he said, the Kurds “would be left twitching in the wind.”

When American Special Operations troops, who now number about 2,000 in Syria, arrived to fight the Islamic State in 2016, they teamed up with a Kurdish-led militia, the Syrian Democratic Forces.

The Kurds proved to be the Americans’ most effective allies in the fight. Within a year, relying on the Syrian Democratic Forces in Syria and Iraqi Kurdish fighters in Iraq, the United States and its allies had ousted the Islamic State from more than 99 percent of the territory it had controlled across the two countries.

But since President Trump took office in 2017 promising a withdrawal from Syria, the question of what happens to the Kurds, who had fought and died in the American campaign, had been floating in the ether.

In January, American officials proposed the creation of a 30,000-strong American-backed, Kurdish-led border force in northeastern Syria that would remain in Syria for at least two years to help protect America’s Kurdish allies.

Turkey protested loudly about the presence of what it called a “terror army” on its border, and the plan was quietly walked back. The Syrian Democratic Forces are an offshoot of a Kurdish militia known as the Y.P.G., which is allied with a Turkish Kurdish separatist group, the P.K.K. Turkey considers them one and the same.

Days later, Turkey invaded a Kurdish enclave in northeastern Syria. The fighting pitted one American ally against another. The United States largely stood by and watched as Kurdish fighters abandoned the fight against the Islamic State in the south to defend their brothers in the north.

The scenario is now poised to repeat, but on a larger scale.

Last Friday, President Recep Tayyip Erdogan of Turkey threatened to carry out another raid in northeastern Syria to attack Kurdish forces in an area where they are backed by the United States. He sent Turkish commando units to the border, raising the possibility of a confrontation with American troops.

While Turkey has said that it will go only about 10 miles into Syrian territory, most of the Kurdish population supporting the Syrian Democratic Forces lives in a narrow strip close to the Turkish border, in cities like Qamishli and Kobani.

Mr.Erdogan spoke with President Trump by phone that day, and the White House said that the two leaders “agreed to continue coordinating to achieve our respective security objectives in Syria.”

“The main aim is to crush the Y.P.G.,” said Soner Cagaptay, director of the Turkish Research Program at the Washington Institute for Near East Policy.

Controlling a portion of Syrian territory will also give Mr.Erdogan bargaining power when a final settlement is negotiated to end the war, he added.

“Turkey wants to be at the peace table,” he said. “You cannot discuss the future without the power that controls three to four million Syrians inside Syria.”

Assuming the United States withdraws unilaterally without negotiating some kind of deal, it is giving up leverage it might have had in a final peace settlement.

For the Kurds, the only remaining potential ally is Damascus. The Kurds have already been negotiating with the Syrian government, offering to support the government in exchange for some measure of autonomy in their areas.

The Syrians see the Kurds as a potential buffer against Turkish power along their border. There are also significant oil fields in the areas that the Islamic State was ousted from, and which the Syrian Democratic Forces now dominate.

If that is not an issue for the United States, the Islamic State is, and neither the Syrian Democratic Forces nor the Americans fighting with them believe that fight is over.

The Islamic State still controls small pieces of territory around the Syrian town of Hajin, in southeastern Syria, and a few other isolated pockets.

Last week, a spokesman for the American-led coalition against the Islamic State, Col. Sean J. Ryan, estimated that the group still had 2,000 to 2,500 fighters in the Hajin area. Experts estimate that the organization has 20,000 to 30,000 fighters in Syria and Iraq over all, although most have now gone underground.

Maxwell B. Markusen, a researcher at the Center for Strategic and International Studies in Washington, said they are still carrying out an estimated 75 attacks a day.

“U.S. and Iraqi politicians have been quick to declare victory over the group, using terms like ‘defeated’ and ‘obliterated,'” he wrote in a report last month. “The Islamic State is far from obliterated.”

Even some American officials acknowledge that.

Brett McGurk, Mr. Trump’s special envoy in the fight against the Islamic State, said in a briefing last week that the fight was far from over.

“If we’ve learned one thing over the years, enduring defeat of a group like this means you can’t just defeat their physical space and then leave,” he said. “You have to make sure the internal security forces are in place to ensure that those gains, security gains, are enduring.”

He did not mince words about what an American withdrawal would mean. “It would be reckless if we were just to say, well, the physical caliphate is defeated, so we can just leave now,” he said. “I think anyone who’s looked at a conflict like this would agree with that.”

Efforts to reach Mr McGurk on Wednesday were unsuccessful.