US-led coalition says it destroyed IS site in Syrian mosque 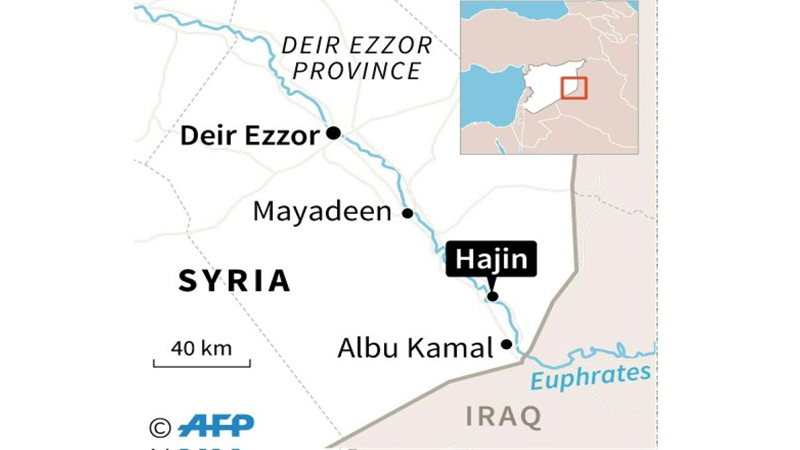 US-led coalition forces destroyed an Islamic State group command center inside a mosque in the Syrian border town of Hajin on Saturday, the US military said.

The statement comes as Kurdish-led forces mop up the final remnants of IS jihadists in Hajin, the largest settlement in what is the last pocket of territory controlled by the jihadists.

More than 16 “heavily armed” IS fighters were at the “command and control node” at the mosque when it was destroyed by a “precision strike,” a statement from the Combined Joint Task Force read.

The jihadists, who were all killed in the strike, were using the mosque to “command attacks against Coalition partners,” it said.

The IS group “continues to use protected structures to launch attacks against our Coalition partners with complete disregard for the infrastructure and innocent human lives,” the statement added.

Fighters with the Syrian Democratic Forces secured Hajin after weeks of heavy fighting on Friday, the Britain-based Syrian Observatory for Human Rights said.

The town is located in eastern Syria about 30 kilometers (18 miles) from the border with Iraq.

The area is sometimes referred to as the “Hajin pocket,” the last rump of a once-sprawling “caliphate” the group proclaimed in 2014 over swathes of Syria and Iraq.