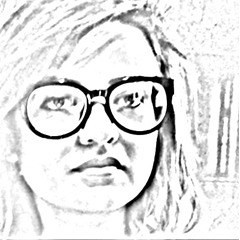 The year of shrinking freedoms

As 2018 comes to a close, the civic space including for human rights work, press freedom and political dissent stands curtailed

Over the past year, journalist and human rights defender Sanna Ejaz has been dismissed from her job, named in two police cases, and non-consensual photo shopped images of her were splashed across social media.

The attack on her has come about as a result of her affiliation with the Pashtun Tahaffuz Movement (PTM), a youth-led movement for the rights of ethnic Pashtuns. The online and offline harassment and intimidation she has faced is emblematic of the deterioration of freedom of expression faced by activists and the media across Pakistan in 2018.

Ejaz was dismissed from her job at PTV in April and says she was told that the order had come from oopar (from above).

The cross-platform smear was remarkable not just for its vileness but for how gendered it was, as anti-PTM accounts criticized her for perceived dissident politics and posters bearing her likeness were put up on multiple routes in the conservative Khyber Pakhtunkhwa province where such depictions are considered shameful.

Sanna is not the only woman human rights defender who has been attacked for her political views. In June, journalist Gul Bukhari, a vocal proponent of civilian supremacy was arbitrarily detained for hours and subsequently attacked online.

Another activist Saeeda Diep was the target of a malicious digital surveillance because of her campaign against enforced disappearances and her criticism of state policies as revealed by an Amnesty International investigation earlier this year.

In October, Pashtun human rights activist, Gulalai Ismail, was also placed on the so-called Exit Control List barring her from leaving the country.

The year witnessed increased level of uncertainty and fear for many activists, human rights defenders and critics — including those commenting on government policies online, protesting in support of constitutional rights, or protesting enforced disappearances and extrajudicial killings.

Despite promises by the new government of Prime Minister Imran Khan of a Naya (new) Pakistan, Old Pakistan has been further entrenched. The climate of fear has further weakened the civil society and the media, thereby worsening the state of human rights in the country.

For many years, broadcast and print media have faced restrictions on the content they can print or air. But the clampdown by authorities in the digital sphere has been starker.

In the lead up to the July 25 elections, crackdown on press freedom particularly mainstream press intensified. The distribution of the Dawn was curtailed as was the broadcast of Geo.

Pressure on newsrooms has forced media outlets to self-censor and cut prominent columns as a result. At other times, the government itself blocked online content, particularly those that criticized military policies and government’s decisions. ‘Show cause’ notices by Pakistan Electronic Media Regulatory Authority (PEMRA),to TV show hosts to not critique certain institutions like the judiciary, were frequently issued.

Since November, the government has begun complaining to Twitter about accounts they claim violate Pakistani law, including those of human rights defenders, bloggers and journalists.

Attacks on the right to freedom of peaceful assembly and association are often interlinked with attacks on the right to freedom of expression. Activists, students, and supporters of PTM have persistently faced intimidation and harassment by the government and law enforcement agencies while planning their gatherings in Karachi, Bannu, Swabi, Lahore — as well as afterwards. Not just PTM, other activists protesting attacks on human rights were arbitrarily detained in Lahore, Karachi and Hyderabad. In May, at a gathering of families of the forcibly disappeared, women protesters were manhandled by law enforcement agencies in Karachi.  Supporters of mainstream political parties were arrested, detained and sometimes disappeared for taking part in peaceful political activities.

A few campaigns have been successful. A Baloch student, Sagheer Baloch, and the Lahore-based activist, Raza Khan, were released while there has also been a sporadic release of detainees in KP, Balochistan, and Sindh

Hayat Preghal, a Pashtun human rights defender, who is also Amnesty International Prisoner of Conscience, was arbitrarily detained and held in pretrial custody for three months because of his critical posts before being released on excessive bail conditions.

Some websites of religious and ethnic groups remain blocked. The Pakistan Telecom Authority blocked the website of one political party (Awami Workers Party) before the election; the website remains inaccessible via some Internet Service Providers to date.

Sedition laws along with the Pakistan Electronic Crime Act, 2016 have been used to intimidate human rights defenders, activists and opposition and to curb freedom of expression. Students and activists have reported surveillance and the interception of their communications and monitoring of their social media content by the law enforcement agencies. Increased scrutiny of NGOs escalated into clampdown on international humanitarian organizations such as Action-Aid and Plan International.

Even though the current human rights minister has made encouraging remarks, enforced disappearances continue with impunity.Despite hundreds of ongoing court cases across the country, no suspected perpetrator has been held to account.

In Karachi, Quetta, Hyderabad and Islamabad families of the disappeared organized protest camps, held demonstrations, and hosted press conferences to no avail. Some families complained of harassment by state authorities for following up on cases and publicly campaigning for their loved ones.

This year, activists were picked up from their homes and forcibly disappeared while families continued to spend Eid Holidays at protest camps demanding the return of their loved ones.

A few campaigns have been successful. A Baloch student, Sagheer Baloch, and the Lahore-based activist, Raza Khan, were released while there has also been a sporadic release of detainees in KP, Balochistan, and Sindh.

But all releases have come after intense efforts by families, friends, pressure and actions of human rights organizations.

None of the released living in Pakistan pursued legal action against their unlawful detention or spoke about their experiences for fear of retribution, including being disappeared once again

In fact, many victims of human rights violations continue to receive warnings that has meant that silence is the only acceptable position for many of the activists. And stories of enforced disappearances are rarely covered by news outlets.

All this comes despite reported promises by Prime Minister Khan that his government would uphold human rights and introduce a law to protect journalists, the “Protection of Journalists Act.”

When recently I called Sanna Ejaz to ask about status of one of the cases against her she was on her way to Bannu to apply for interim bail — the price a rights defender pays for a peaceful protest.

As 2018 comes to a close — the year when the civic space including for human rights work, press freedom and political dissent has been curtailed, — the list of stories that cannot be reported on or discussed on primetime TV shows, columnists who cannot publish their opinions, guests who cannot be invited to universities to speak to students and policies that cannot be criticized on social media is longer.

The writer is a South Asia Regional Researcher at Amnesty International with a focus on Pakistan, and tweets at @rabail26