Russia says planning for new US nuclear missiles in Europe 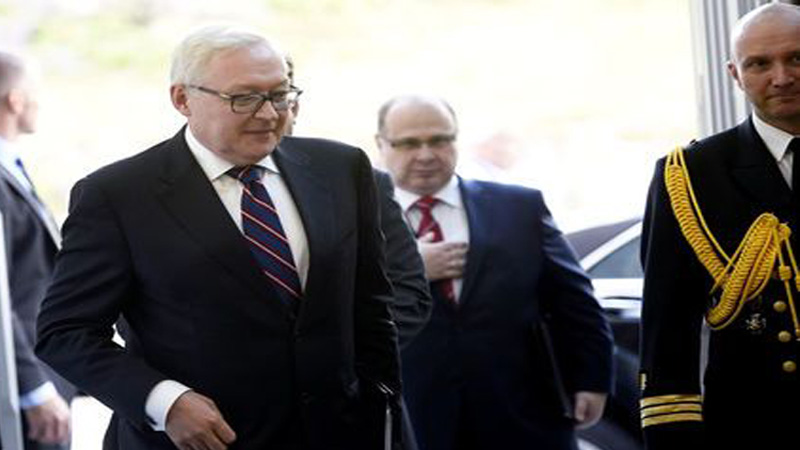 Russia said on Monday it was planning for a US deployment of new nuclear missiles in Europe following Washington’s planned withdrawal from a landmark Cold war-era arms control treaty despite the United States denying it has such plans.

Russia is keen to dissuade US President Donald Trump from carrying out a threat for Washington to quit the Intermediate-Range Nuclear Forces (INF) Treaty which eliminated both countries’ land-based short- and intermediate-range nuclear missiles from Europe.

Both countries accuse each other of violating the 1987 treaty and President Vladimir Putin and Trump are due to discuss the matter at the G20 in Argentina later this month.

Deputy Foreign Minister Sergei Ryabkov told a news conference on Monday that Moscow wanted to save the treaty and was open to talks on the issue with Washington.

But Ryabkov, who accused the United States of violating the accord with missile deployments in Poland and Romania, said he thought the chances of a change of heart were slim and said Russia’s military planners were prepared for such a scenario.

NATO’s top official said in October he did not believe there would be new deployments of US missiles in Europe and US National Security Advisor John Bolton said Washington was a long way from taking decisions about deploying missiles in Europe.

Ryabkov said Moscow was sceptical about assertions from US and NATO officials that no such new missiles would be deployed.

“We hear (the denials) but nothing more,” said Ryabkov. “Plans have been changed many times before. We don’t want to be disappointed in our (US) colleagues again and therefore we are assuming the worst case scenario in our military planning.” Ryabkov said he believed the United States would be able to deploy intermediate-range nuclear missiles in Europe “within years,” something he said would fuel a dangerous arms race.

“We can’t ignore the potential deployment of new American missiles on territory from where they will be a threat to Russia and its allies,” the TASS news agency cited him as saying.

“In the event of such a deployment the Americans would gain significant extra capabilities, allowing them to strike at targets deep inside Russia.”

Putin has previously said that Russia would be forced to target any European countries that agreed to host US nuclear missiles. Ryabkov said it was too early to speak about specific military retaliatory steps, but said Moscow’s response would be “effective” and “relatively inexpensive.”