Understanding the dynamics of Taliban insurgency in tribal areas 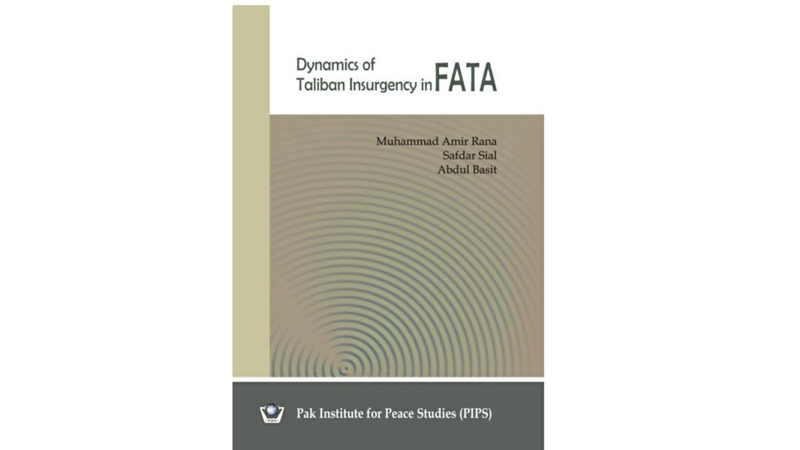 The merger of Federal Administered Tribal Areas (Fata) with Khyber Pakhtunkhwa (KP) is different to the merger of Swat, Dir and Chitral because the process of the former was completed in a democratic way through constitutional amendment, though with consensus of the military leadership, but the latter was merged by General Yahya Khan in 1969.

The latest merger is a landmark development in political history of Pakistan. The opportunities for KP and the people of erstwhile Fata in terms of job shares and resource allocations are still to get materialised but challenges in post-Fata scenario requires long-term strategy while to cope with militancy and insurgency is one of them.

Militancy in erstwhile tribal areas needs a comprehensive plan to counter the threat of terrorism emanating from there. Collaborative authors, Muhammad Amir Rana, Safdar Sial and Abdul Basit, in their book, ‘Dynamics of Taliban Insurgency in Fata,’ is a scholarly attempt to explain the complexity of insurgency in the region. The book has not lost its value even after Fata-KP merger for any reader interested in the Islamist militancy and extremism in the country.

The book explores the factors behind the evolution of militancy in Fata and chronicles the role of Arab militants during the Afghan-Soviet war and their ideological influence over Afghan and Pakistani militant groups. It delineates into the militant networks in Fata, ways of Talibanisation and counterinsurgency perspectives and the security implications for the region.

The book mainly focuses on three major phases, evolution of insurgents during Soviet-Afghan War, rise of Taliban pre-9/11 and their influence in post-9/11 in Fata and other adjacent areas of Pakistan

The book is mainly devoted three major phases such as evolution of insurgents during Soviet-Afghan War, rise of Taliban pre-9/11 and their influence in post-9/11 in Fata and other adjacent areas of Pakistan. It explains the establishment’s role in strengthening the Taliban in pre-9/11 era which boomeranged on the state later.

The first part of the book discusses training and funding of militants and roles of two key Arab leaders Dr Abdullah Azzam and Osama Bin Laden in the region. Dr Azzam, an Islamic scholar, who taught in International Islamic University, Islamabad, managed successfully to bring the first batch of Arab militants in Afghanistan in 1980s. Azzam made great financial contributions through launching different charity organisations in Afghanistan, Pakistan and Arab countries for collection of funds for setting up international Jihadi training camps. The batch, later, emerged as jihadists of Al-Qaida.

The book published a year-before US operation that killed Osama Bin Laden, explains Bin Laden remains active in forming resistance force against ‘infidels’, jihadists refer to the west, United States and Israel. The collaboration of Arab charities and militants formed international terrorist networks operating in Afghanistan. After Azzam’s death, Osama took over the management of charities. The training camps were established near borders of Pakistan in Afghanistan because state-sponsored patronage backed by radical political parties allowed jihadists’ access to Afghanistan. The tribal areas and seminaries in Pakistan did not remain immune from the influence of jihad in Afghanistan — from training camps to charities. Leading seminaries of major urban cities in Pakistan provided human resource for jihad beyond the western border. The implication of Soviet-Afghan war gave birth to the evolution of militant groups in the tribal areas. This opening chapter is divided into two sub sections “primitive phase” and “distribution of militant networks across tribes and tribal regions”. The latter focuses on six areas ie Waziristan, Bajaur, Malakand, Orakzai, Khyber and Kurram where evolution of militant groups took place in different periods after the end of the Soviet war in Afghanistan.

The second chapter is devoted on post-9/11 when Taliban in Afghanistan fled and migrated in tribal areas. Locals of Waziristan, sharing ethno-religious affinity, welcomed and harbored them. This posed serious threat to Pakistan. Later, these militants led to emergence of notorious Tehrik Taliban Pakistan (TTP) challenging writ of the state and waged war against Pakistani state and its people. This inflicted grave loss in terms of human and economy o the country. The war added miseries to the people of the already neglected region. The state responded with counterinsurgency strategy and launched several major operations against militants as they oppose democratic regimes, leaving the state helpless to come up with political solution.

Finally, the book focuses on state’s attempts in finding political solution by nudging Taliban on negotiating table which concluded 13 agreements with Taliban to bring peace in the region. It presents data of attacks in erstwhile Fata and KP and details of military operations against Taliban in the region. What makes the readers ennui is the sequence of sub sections of chapters and repeated discussions of some concepts and situations. Apparently, the book has lost its relevance in post-Fata-KP merger but this impression dispels given the dynamics of militancy in the region. Since the issue of militancy looms large over the region, the book requires to be updated with Zarb-i-Azab operation and post-Fata-KP merger challenges. The book is worth read for anyone interested in terrorism and counterterrorism; and insurgency and counterinsurgency in the region.

The writer is a former policy development officer of Nacta. He can be reached at ullah.rehmat@hotmail.com