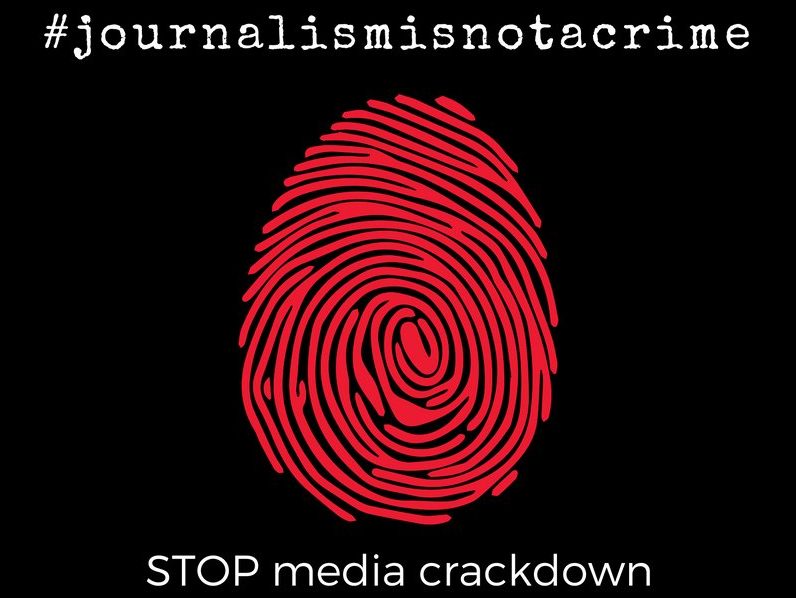 Crackdown on the print and electronic media in Pakistan started with the judiciary putting a media ban on Altaf Hussain, the founder of the Muttahida Qaumi Movement.

After Altaf Hussain, the judiciary banned reporting speeches of the former Prime Minister Nawaz Sharif and his daughter, Maryam Nawaz before Elections 2018, a well-planned action taken to silence the head of the ruling party.

Dawn’s journalists and anchorpersons who don’t bend to whim of the government have faced similar bans. The paper isn’t allowed to be sold in specific parts of country. A treason case was filed against the paper’s journalist, Cyril Almeida, for Dawn Leaks, a news story that alleged confrontation between the civilian government and the military at a meeting in October 2016.

Almeida’s columns are now missing, and he’s been sent on a “break.”

Matiullah Jan, for example, known for criticizing the “deep state” and highlighted as “anti-state” during a press conference by director general of the Inter-Services Public Relations, was sacked by Waqt News TV.

“After spending six years with Waqt News TV and Nawa-i-Waqt newspaper, I have been given marching orders,” Jan said in a statement given to VOA Urdu.

Advertisements were stopped systematically for certain media groups to target them for their opinions and criticism of the establishment, Jan said.

Murtaza Solangi also lost his job with Capital TV after being involved in a spat with Information Minister Fawad Chaudhry.

Journalist Muhammad Hanif compares the current crackdown to a dictator’s era. The constraints and silencing of journalists wasn’t as bad even in Muhammad Zia-ul-Haq’s era.