A quick glance through Afghanistan's infighting from 1921 to 1978, which again was orchestrated by a power play between the former USSR and US/allies, confirms that Afghanistan never remained unattended by great powers

During an intellectual discussion with a large number of regional and subject experts from Western and Central Asian Republics, I posed a question to the participants, “can someone comment why Afghanistan has repeatedly remained victim of invasions, infighting and Great Games?” No one came out with a clear reply; supposedly, not for the reason that they didn’t know the answer, but perhaps it could touch certain sensitivities and expose the truth behind ongoing endless war on terrorism in Afghanistan. My own brief take on the question was that it was a continuation of same old Great Games, which had been played here since centuries. One scholar from USA endorsed my view point and called it a “new Great Game, still being played by old rules”. A brief walk through Afghan history will help us to comprehend the motive for seemingly an endless bloody war being fought since 2001 till to date with devastating fallout for Pakistan in particular and for the CASA (Central Asia South Asia) region in general.

Afghanistan’s history as a state began in 1747 with its establishment by Ahmad Shah Durrani. Afghanistan (meaning “land of the Afghans”) has been a strategically important location throughout history. The land served as “a gateway to India, impinging on the ancient Silk Road, which carried trade from the Mediterranean to China”. Sitting on many trade and migration routes, Afghanistan may be called the ‘Central Asian roundabout’ since routes converge from the Middle East, from the Indus Valley through the passes over the Hindu Kush, from the Far East via the Tarim Basin, and from the adjacent Eurasian Steppe.

The term “Great Game” is attributed to British intelligence officer Arthur Conolly and was popularized by Rudyard Kipling in his book “Kim” from 1904, wherein he played up the idea of power struggles between great nations as a game of sorts. The Great Game — also known as Bolshaya Igra — was an intense rivalry between the British and Russian Empires in Central Asia, beginning in the nineteenth century and continuing through 1907 wherein Britain sought to influence or control much of Central Asia to buffer the “crown jewel” of its empire i.e. British India. Tsarist Russia, meanwhile, sought to expand its territory and sphere of influence, in order to create one of history’s largest land-based empires.

The British Lord Ellen borough started “The Great Game” on January 12, 1830, with an edict establishing a new trade route from India to Bukhara, using Turkey, Persia and Afghanistan as a buffer against Russia to prevent it from controlling any ports on the Persian Gulf. Meanwhile, Russia wanted to establish a neutral zone in Afghanistan allowing for their use of crucial trade routes.

This resulted in a series of unsuccessful wars for the British to control Afghanistan, Bukhara and Turkey. The British lost at all four wars — the First Anglo-Saxon War (1838), the First Anglo-Sikh War (1843), the Second Anglo-Sikh War (1848) and the Second Anglo-Afghan War (1878) — resulting in Russia taking control of several Khanates in Central Asia including Bukhara and tribes on its southern borders; whereas Britain solidified its hold on India — including what is now Myanmar, Pakistan and Bangladesh. Although Britain’s attempts to conquer Afghanistan ended in humiliation, the independent nation held as a buffer between Tsarist Russia and British India. Consequently, as a result of an agreement between Sir Mortimer Durand, a secretary of the British Indian government, and Abdur Rahman Khan, ruler of Afghanistan, a boundary was established in the Hindu Kush in 1893 running through the tribal lands between Afghanistan and British India (then called Durand Line), marking their respective spheres of influence; in modern times it has marked the international borders between Afghanistan and Pakistan. Nevertheless, the Great Game officially ended with the Anglo-Russian Convention of 1907, which divided Persia into a Russian-controlled northern zone, a nominally independent central zone, and a British-controlled southern zone with Afghanistan its protectorate.

A quick glance through Afghanistan’s infighting from 1921 to 1978, which again was orchestrated by a power play between the former USSR and US/allies, confirms that Afghanistan never remained unattended by great powers. The British, beleaguered in the wake of World War-I, were defeated in the Third British-Afghan War (1919-21), and Afghanistan became an independent nation. Concerned that Afghanistan had fallen behind the rest of the world, Amir Amanullah Khan began a rigorous campaign of socioeconomic reform. In 1926, Amanullah declared Afghanistan a monarchy, rather than an emirate, and proclaimed himself king. He launched a series of modernization plans and attempted to limit the power of the Loya Jirga, the National Council. Critics, frustrated by Amanullah’s policies, took up arms in 1928 and by 1929; the king abdicated and left the country.

In June 1978, the guerrilla movement Mujahideen was created to battle the Soviet-backed government

In 1933, Zahir Shah became king and brought a semblance of stability to the dwindling country and he ruled for the next 40 years. In 1953, the pro-Soviet Gen Mohammed Daoud Khan, cousin of the king, became prime minister and looked to the communist nation for economic and military assistance. He also introduced a number of social reforms including allowing women a more public presence. In 1956, Soviet Premier Nikita Khrushchev agreed to help Afghanistan, and the two countries became close allies. In 1965, the Afghan Communist Party was secretly formed. The group’s principal leaders were Babrak Karmal and Nur Mohammad Taraki. In 1973 Daoud Khan overthrew the last king, Mohammed Zahir Shah, in a military coup. Khan’s regime, the People’s Democratic Party of Afghanistan, came to power. Khan abolished the monarchy and named himself president. The Republic of Afghanistan was established with firm ties to the former USSR. However, in 1978, Daoud Khan was killed in a communist coup.

Nur Mohammad Taraki, one of the founding members of the Afghan Communist Party, took control of the country as president, and Babrak Karmal was named deputy prime minister. They proclaimed independence from Soviet influence, and declared their policies to be based on Islamic principles, Afghan nationalism and socioeconomic justice. Taraki signed a friendship treaty with the Soviet Union. But a rivalry between Taraki and Hafizullah Amin, another influential communist leader, led to fighting between the two sides.

At the same time, conservative Islamic and ethnic leaders who objected to social changes which had been introduced by Khan began an armed revolt in the countryside. In June 1978, the guerrilla movement Mujahideen was created to battle the Soviet-backed government. In 1979, American Ambassador Adolph Dubs was killed in Afghanistan. The United States cut off assistance to Afghanistan. A power struggle between Taraki and Deputy Prime Minister Hafizullah Amin began and Taraki was killed on 14 Sept in a confrontation with Amin supporters.

The USSR invaded Afghanistan on 24 Dec 1979 to bolster the faltering communist regime. On 27 Dec, Amin and many of his followers were executed and Deputy Prime Minister Babrak Karmal became prime minister. Widespread opposition to Karmal and the Soviets spawned violent public demonstrations.

As a result, yet another round of Great Game commenced in Afghanistan as USA went ahead with its biggest covert war against USSR duly fought by Pakistan’s ISI and largely funded by Saudi money and ideology, as confessed by former CIA and National Security Council veteran Bruce Riedel in his book, “What We Won; America’s Secret War in Afghanistan, 1979-89”. By early 1980, the Mujahideen rebels had united against Soviet invaders and the USSR-backed Afghan Army.

Through 1982, Some 2.8 million Afghans fled from the war to Pakistan, and another 1.5 million fled to Iran. Afghan guerrillas who were receiving arms courtesy CIA, from the United States, Britain and China via Pakistan gained control of rural areas and Soviet troops held urban areas. In September 1988, Osama bin Laden and 15 other Islamists formed the group ‘Al-Qaida’, or “the base”, to continue their jihad, or holy war, against the Soviets and others who they believed opposed their goal of a pure nation governed by Islam. In 1989, The US, Pakistan, Afghanistan, and the Soviet Union signed peace accords in Geneva guaranteeing Afghan independence and the withdrawal of 100,000 Soviet troops, marking American victory against Soviet rival, which resulted in disintegration of former USSR, independence of Central Asian Republics and making US unchallenged single Global Super Power.

In 1992, The Mujahideen and other rebel groups, with the aid of turncoat government troops, stormed the capital, Kabul, and ousted Najibullah from power. The Mujahideen, a group already beginning to fracture as warlords fought over the future of Afghanistan, formed a largely Islamic state with Professor Burhanuddin Rabbani as president. In 1995, newly formed Islamic militia, the Taliban, rose to power on promises of peace.

Most Afghans, exhausted by years of drought, famine and war, approved of the Taliban for upholding traditional Islamic values. The Taliban outlawed cultivation of poppies for the opium trade, cracked down on crime, and curtailed the education and employment of women. Women were required to be fully veiled and were not allowed outside alone. Islamic law was enforced via public executions and amputations. Resultantly, the United States refused to recognize the authority of the Taliban, and they fell from grace. From 1995-1999, Continued drought devastated farmers and made many rural areas uninhabitable. Again, more than one million Afghans fled to neighboring Pakistan as refugees, causing severe security, drugs, weapons and allied socio-economic problems for Pakistan.

In 1998, following al-Qaida’s bombings of two American embassies in Africa, President Clinton ordered cruise missile attacks against bin Laden’s training camps in Afghanistan; although, the attacks missed the Saudi and other leaders of the terrorist group. By 2000, considered an international terrorist, Osama bin Laden was widely believed to be hiding in Afghanistan and cultivating thousands of followers in terrorist training camps. The United States demanded that bin Laden be extradited to stand trial for the embassy bombings; however, the Taliban declined to extradite him. The United Nations punished Afghanistan with sanctions restricting trade and economic development.

The writer is a senior retired Army officer with rich experience in Military & Intelligence Diplomacy and Strategic Analysis. He can be reached at [email protected] 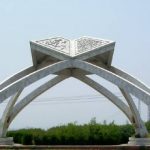